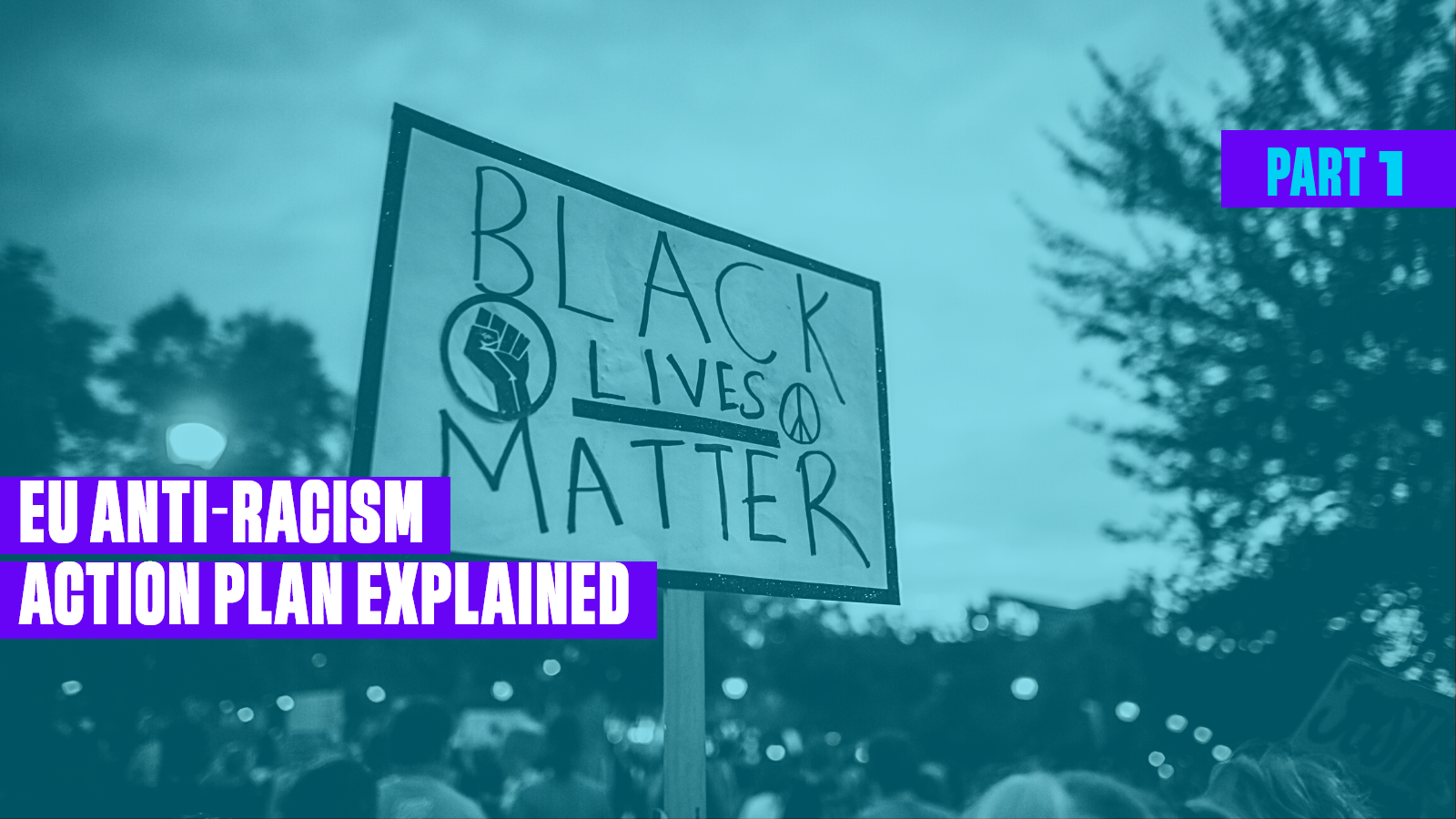 This series of short blog articles by Julie Pascoet, Senior Advocacy Officer at ENAR, will detail and explain some elements of the new EU Action Plan Against Racism launched by the European Commission on 18th September 2020, in the aftermath of the Black Lives Matter movement and anti-racism protests across the world and in Europe. A key resource to inform actions of anti-racist activists who want to engage at EU level.

Part #1: How structural racism can become a social priority for the EU

On 18th September 2020, the European Commission launched a new EU anti-racism action plan. At first glance, this plan – which was not initially foreseen in the European Commission’s workplan – represents the highest level of institutional recognition of structural racism and its impact on all racialised groups at EU level. A mix of years of mobilisation, activism, advocacy, campaigning and institutional actions have contributed to shape and frame this new strategy. The blatant and harsh impact of the Covid-19 crisis on racialised minorities, shining a light on existing racial inequalities, including in policing practices such as racial profiling and brutality, led to massive mobilisation, especially after the murder of George Floyd at the hands of the police in the US. Black people and other racialised groups across the world mobilised in the midst of a massive health, social and economic crisis hitting them the hardest. This brought a new urgency and attention to the issues raised through decades of campaigning for racial equality and justice, which has – for once – not fallen on deaf ears within the EU institutions.

20 years ago, the EU Race Equality Directive prohibiting racial discrimination was adopted and transposed into national law. Around the same period, the UN World Conference against Racism adopted a Declaration to encourage States to adopt National Action Plans Against Racism. What has changed since then? What could be new now? These steps were key breakthroughs that contributed to prioritise the fight against racism at the level of EU institutions and national governments. However, although they have meant progress, they have not led to substantial racial equality and justice. Several factors can explain this, including:

– Racism was approached as an individual and moral issue, not as systemic and embedded in society’s structures and institutions, not to mention taking an intersectional approach.

– Racialised groups were made invisible in the anti-racism movement and their concerns were often not heard meaningfully.

– The ability for civil society organisations to influence institutions and carry out impactful and sustainable advocacy work was much lower.

In 2020, thanks to massive mobilisation in the streets led by racialised groups themselves, as well as advocacy work, calls for urgent EU action against racism have been supported by both the European Parliament and the President of the European Commission Ursula von der Leyen, including in the annual State of the Union address. This paved the way to the publication of the EU action plan, which attempts to give a framework to EU, national and local action against racism.

This institutional push is sending a signal from the European Union that structural racism is being recognised as one of the most important political and social issues of our times. Beyond the political signal, the new action plan emphasises on the need to mainstream racial equality in different policies and takes an intersectional approach. It also foresees that anti-racism policies should be adopted and implemented at national level, in parallel to existing legislation, with dedicated resources and participatory mechanisms.

In the next blog posts, we will explore the different proposals included in the plan, many of which ENAR advocated for, such as recognition of the structural dimension of racism and specific forms of racism, improved legislation to address racism in law enforcement, equality data collection disaggregated by race, EU standards for National Action Plans Against Racism, but also specific steps to ensure racial diversity in EU institutions, intersectional approach, etc. These different elements represent a turning point in the narrative on racial equality and justice in Europe and, if implemented and further developed, have the potential to lead to real change in the lives of racialised groups in Europe. Devising a new strategy is definitely a first step on the way.