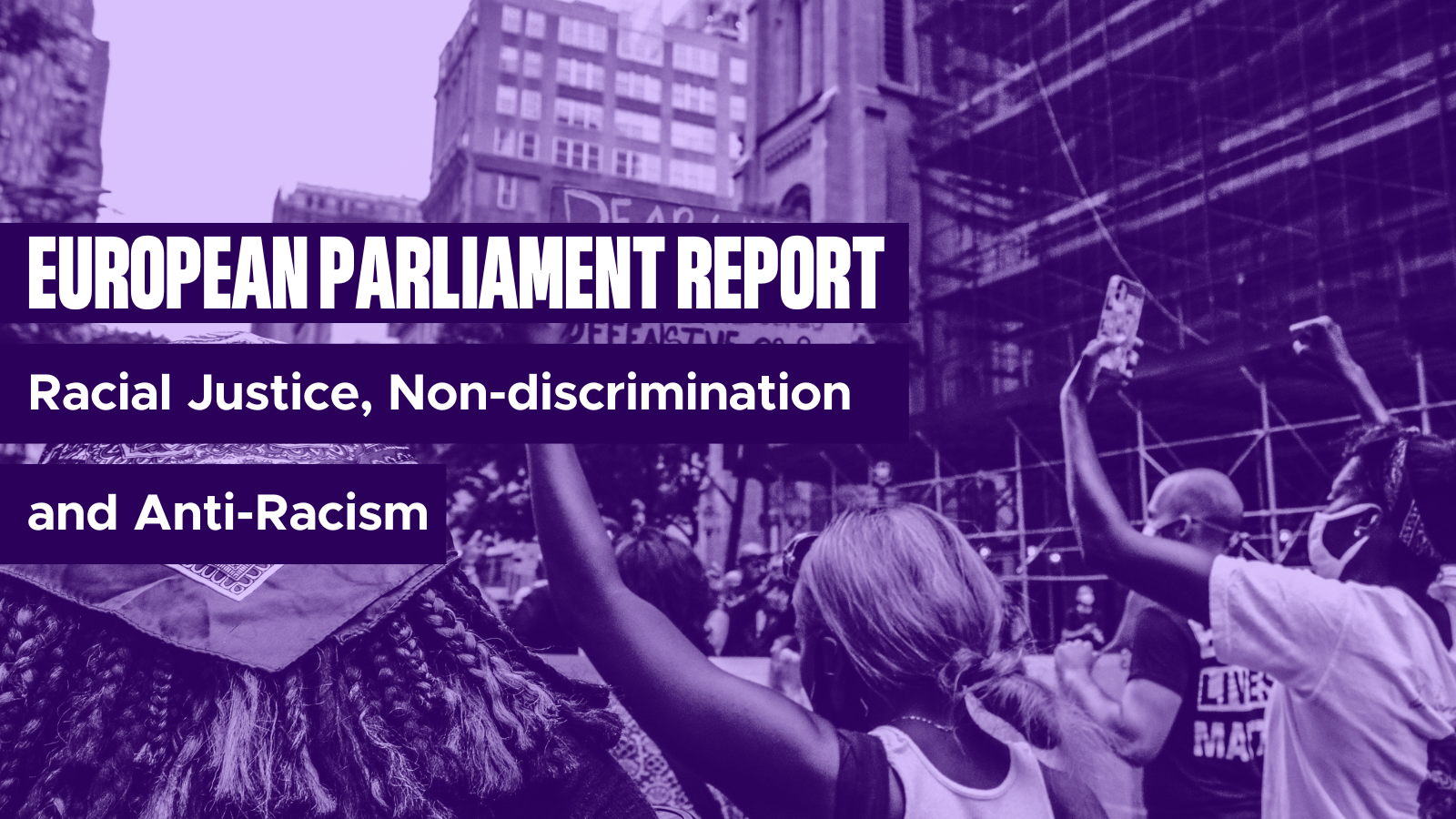 ENAR, Equinox, and ERGO statement on the adoption of the European Parliament report on Racial Justice, Non-discrimination and Anti-Racism

We welcome the European Parliament’s adoption of the Report on Racial Justice, Non-discrimination and Anti-Racism which passed with overwhelming support from MEPs across the EU and political spectrum.

The adoption of the report shows that there needs to be a great focus on tackling racism and hate in our society. Coming directly after a wave of right-wing electoral successes, the report is a timely reminder of the EU’s obligations to safeguard  equality and non-discrimination.

We are pleased that the report highlights the structural dimension of racism and its role in policy-making in the EU and in the Member States, the manifestations of this at every level of governance, and its negative socio-economic impact on racialised people and marginalised communities.

In the past two years, the number of National Action Plans against Racism created and implemented at national level remains low, and significant gaps remain in the EU’s existing equality legislation.

However, we are concerned that the report itself still relies too heavily on outdated and unproven solutions to structural racism, such as the use of Artificial Intelligence, or diversity training for law enforcement authorities.

Pervasive and active racism remains a threat to democracy, rule of law and human rights. Only strong legislation, more resources and political will can counter the effects of the normalisation of racist, xenophobic, far-right rhetoric.

We look forward to working with various stakeholders to implement the recommendations in the report.