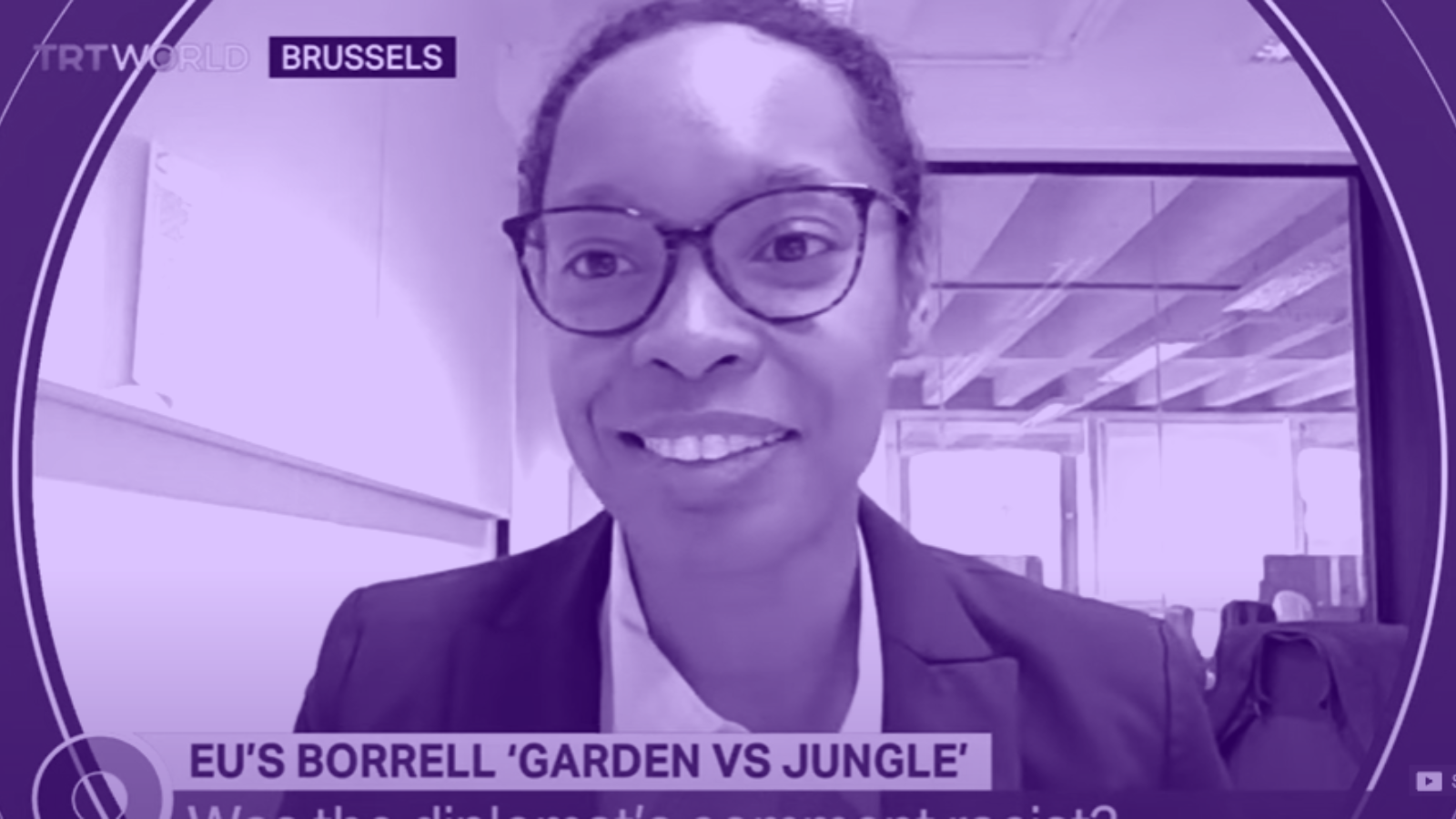 In October, EU Foreign Policy Chief Josep Borrell told a gathering of envoys in Belgium that “Europe is a garden. Most of the rest of the world is a jungle, and the jungle could invade the garden”. The comment has drawn criticism for its colonial racist undertones, which prompted Borrell to issue a response. Earlier this month, ENAR Advocacy and Policy Advisor Oyidiya Oji, was invited to speak about Borrell’s remarks with TRT World.

Hear what she had to say below: