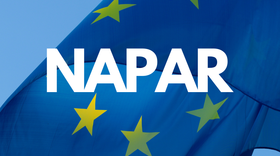 ENAR strongly supports the development of common guiding principles for NAPAR as indicated in the EU Anti-Racism Action Plan (EU ARAP) and finds encouraging that civil society is able to meaningfully review it before its adoption.

ENAR has called for an EU framework for National Action Plans against Racism for several years, highlighting which elements should be developed and monitored in order to ensure effective NAPAR. They have been described in ENAR’s report on “Lessons for effective anti-racism policies”.

ENAR members have also been actively involved in building civil society coalitions and engaging in advocacy activities to push for the adoption of National Action Plan against Racism. As one of the leaders of the civil society coalition on the EU ARAP, together with ERGO and Equinox Initiative for Racial Justice, ENAR has also highlighted the need to move forward on this file in a manifesto co-signed by 40 NGOs.

ENAR would like to highlight key issues that should be further developed in the common guiding principles:

1 – Ensure implementation and monitoring of the common guiding principles

ENAR calls Member States to adopt a Council Recommendation on National Action Plans against Racism (NAPAR) in order to strengthen the political commitment at national level. These principles should also be complemented with concrete and tangible indicators in order to assess if they are taken into account when designing and implementing the NAPAR. These indicators could be also used by Member States that have already a NAPAR but who need to improve it in light of these principles. The design of indicators should be done in close cooperation with civil society organisations.

NAPAR should be based on a comprehensive and sophisticated understanding of racism as a system that encompasses different dimensions of racism, including individual, historical, structural and institutional dimensions. In defining racism as a system of oppression, NAPARs should name, take into account, be consistent with, but go beyond the static wording of international law definitions in developing their dynamic definition of systemic racism. This must also be one which is ’open ended’ – i.e. capable of factoring the fact that new groups can come to be racialised as societies evolve. It should nevertheless not shy away from naming the principal groups who experience in society at a given time. The definition must also be – at its core and reflected throughout the NAPAR – intersectional in its understanding and stress that interlocking dimensions of oppression are more likely to be the norm than the exception. A strong and comprehensive definition, that can be drawn by using resources produced both by academics and NGOs, will allow not only to better understand the phenomenon and people affected, and design effective actions but will also help identify baseline data to properly monitor progress in tackling racism. [1]

This should be reflected in the introduction and the first principle. Promoting diversity can be included but not as a priority. It is a tool to combat structural inequalities but it is too broad and not reflecting all the dimensions of racism

According to information given by ENAR members, there is an important gap in the quality of civil society involvement in the design and implementation of NAPAR, including with racialised minorities themselves. It ranges from no involvement at all to irregular consultation meetings, depending on who is involved, how and at which stage of the process.

The principle 6 should be stronger and include the need to establish permanent participatory structures as well as to ensure consistent and regular involvement of CSOs led by racialised groups. Racialised people are rarely represented in institutions so it is crucial that people affected by racism are regularly and consistently involved in policies that affect them.

We support the call to set minimum compulsory aspects and channels of CSO participation in policy development, implementation and monitoring, and the programming of EU funds, including by written protocols of participation with a view to ensuring effective cooperation, trust and accountability, as mentioned in the European Commission’s guidelines on the EU Roma Framework.

4 – Include security policies and criminal justice in NAPARs’ scope

These policy areas are at the core of experiences and narratives of racialisation and of the “otherisation” of racialised groups, as illustrated by the anti-racism protests and the Black Lives Matter movement in 2020. Security policies (including law enforcement, counter-terrorism, border management, etc.) are disproportionately targeting racialised minorities based on racial prejudices considering them as dangerous, problematic and as groups that need to be ‘controlled’. This disproportionate criminalisation has an impact on their inclusion in all areas of life, not only because they are over policed, but also because these policies contribute to spread racial biases at structural and institutional level. Structural racism can only be addressed if these institutional system and approach are questioned.

In order to tackle inequalities affecting the most marginalised, it is key to ensure mainstreaming of racial equality in all policies. Intersectional policy making is not only about tailor-made and targeted measures but also about ensuring that existing and future legislation and policies take into account situation of people at the intersections of inequalities and that they do not further contribute to their exclusion. Measures and practices that are disproportionately impacting racialised groups should be prohibited and systematically removed from existing policy frameworks. Existing and future legislation and policies should be regularly reviewed and assessed to ensure they tackle structural and intersectional discrimination.

Equality data collection disaggregated by race together with other grounds is the only way to be able to map the situation, inform policies and assess progress towards more equality for the most marginalised, including by setting up targets for these groups.