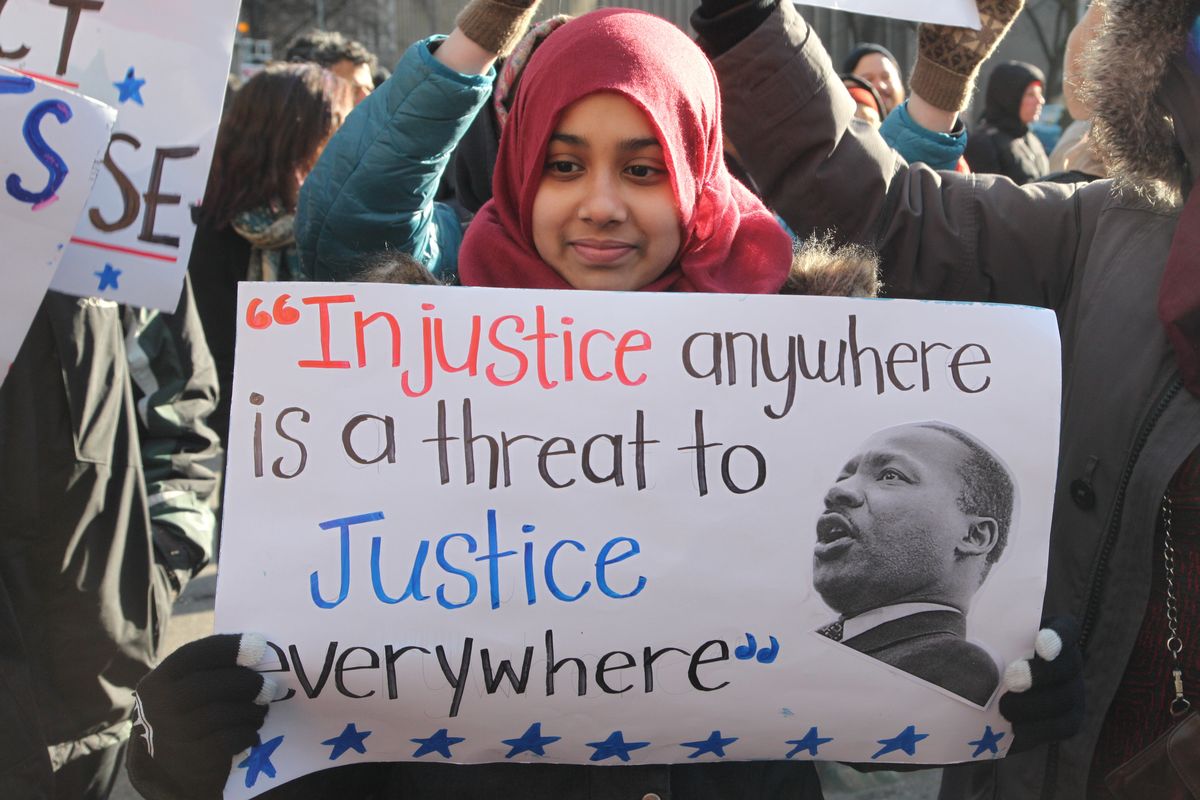 Wake-up call on European Day Against Islamophobia: our European democracies and fundamental rights are at risk

Public discourses across Europe hammering that Muslims are a problem are currently justifying the adoption of policies, legislation and practices that are putting our core democratic and fundamental rights principles at risk. We shouldn’t fall into the trap of scapegoating Muslims and migrants and blaming them for the EU’s crisis. This will further divide us instead of enabling us to live together in a safe society.

Counter-terrorism and counter-radicalisation measures recently adopted in some EU countries have already led to serious human rights violations, including racial profiling by law enforcement authorities, police abuses during raids and the use of administrative restrictions on the basis of vague and discriminatory criteria. In the United Kingdom for instance, surveillance cameras are placed in so-called ‘Muslim areas’ and social workers are required to denounce ‘radical’ behaviour, often defined by strict observance and rarely linked to any criminal offence. As a result, many innocent Muslims are targeted mainly on the basis of their religious practice, with no evidence pointing to their involvement in any criminal act.

These laws and policies ultimately also have a negative impact on the rights of all Europeans, whether it is restricting freedom of expression, increasing surveillance or targeting human rights defenders. As a progressive society, we shouldn’t accept these as collateral damages in the name of security.

They are fuelling a generalised suspicion and marginalisation of Muslims following terrorist attacks and the current migration context in Europe. As are stigmatising and racist discourses, representing Muslims as the “enemy from within” who needs to be controlled and policed, and as threats to “European values” and the “European way of life”, which in practice actually only mean that diversity is not welcome in Europe. Instigating fear and suspicion in the European population’s hearts and minds will only lead to further insecurity and violence, instead of creating resilient and trustful communities that can work together for a better future for all.

Indeed, instead of being able to fully participate in European society, Muslim people’s lives are dictated by a sense of insecurity, injustice and fear of retaliation. In the words of Amar, subjected to a house search in France in 2015: “It feels like if you display your religion, if you are bearded or wear a religious symbol or dress or if you pray in a particular mosque you can be considered to be “radical” and thus targeted. If you try not to display your religion too much, then they think you are concealing something.” Even children are being criminalised, resulting in traumatic experiences for them. For example, a 5-year-old girl in France was suspected of fasting and brought to hospital by eight armed policemen, although her parents and doctors denied that she was fasting.

Now the European Parliament, instead of putting energy into developing long-term solutions to address the current consequences of the EU’s socio-economic crisis, has gone one step further with the establishment of a closed-door special committee on terrorism. Discussions in this committee further illustrate a tendency to reiterate racist connotations between terrorism and Europe’s Muslim population. There is a strong trend in European and national policies and practices to racially define terrorism and radicalisation by over-focusing on Muslim populations, whilst completely ignoring far-right terrorism and radicalisation for instance. However, this threat is real and has already killed in Europe: far-right attacks targeting Muslims and progressive forces have led to several deaths and uncovered plots, including in France and the United Kingdom.

The ‘escalator’ approach whereby a conservative religious practice would lead to support for violent terrorism is bound to target innocent Muslim individuals and families, fuel suspicion towards any practising Muslims, and to generate violent backlash from the mainstream population. In addition, discriminatory measures are fuelling a sense of insecurity, injustice and defiance toward authorities, making them counter-productive in the long term.

EU decision makers need to get serious about tackling Islamophobia, which has become a major society issue impacting all of us. They should focus on treating Muslims as human beings with equal rights who are concerned, just like everyone else, about having a decent life and ensuring they and their families are safe, instead of trying to score political points ahead of the EU elections by pandering to racism.

This article was originally published on EUObserver on 21 September 2018.