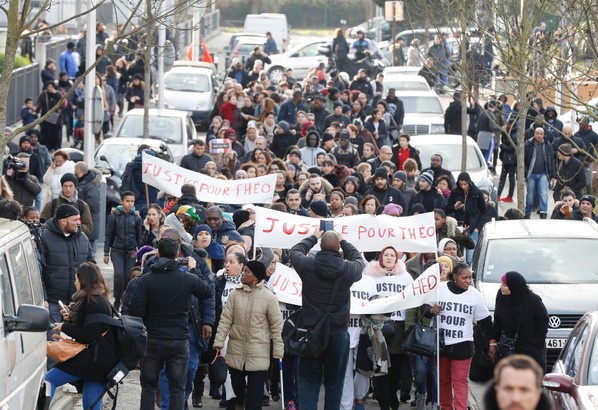 Brussels, 9 February 2017 – A serious incident of police violence and alleged rape against a young Black man in Paris, France, highlights the urgent need to address police violence and discriminatory treatment of ethnic and religious minorities across Europe.

On 2 February, police officers in a suburb of Paris began stopping youths and asking for their identity papers. Police officers stopped Théo, a young black man, and are now being charged with assault and raping him. There are also accounts of racist insults by the police officers.

This incident is symptomatic of widespread ethnic profiling by police forces – which leads to individuals being singled out for identity checks or searches because of their race, ethnicity or perceived religion – and police violence against ethnic minorities in Europe, and in particular people of African descent. Heightened concerns over migration and the threat of terrorism may be fuelling these discriminatory policing practices.

Amel Yacef, ENAR Chair, said: “This latest appalling case shows just how damaging ethnic profiling and violence by police forces are. The allegations of rape should be investigated as a crime and sanctioned accordingly. Such practices are unacceptable and are also spreading a feeling of police impunity. We cannot wait any longer for EU action to put an end to racial bias in policing.”

In the United Kingdom, Black people are stopped by police at six times the rate of White people and Asians at almost twice the rate of Whites. In Belgium, there has been an increase in ethnic profiling by police of young males of African or north African background since the Brussels and Paris terrorist attacks. Police forces in Germany recently very openly profiled North Africans during New Year’s Eve celebrations in Cologne. Police violence was allegedly experienced by 75.9 % of the 870 individuals surveyed in the Calais ‘Jungle’, which included physical violence, verbal abuse, tear gas and sexual violence.

These practices breach fundamental rights standards and have an extremely negative impact on the minority communities targeted, often leaving innocent individuals feeling humiliated, alienated and damaged, physically and psychologically. In addition, ethnic profiling leads to lower levels of trust in the police, making the very communities whose support is necessary for fighting crime and terrorism reluctant to cooperate with law enforcement authorities.

ENAR calls on the European Union to develop standards for fair and effective policing, which should include an explicit prohibition against ethnic profiling, the collection of data on police stops, and the provision of appropriate training for police officers. EU Member States should:

– Strengthen the law and police instructions on stop-powers to ensure police use their discretion in a fair, respectful and non-discriminatory manner, and without excessive force.

– Ensure that all ID checks, stops and searches are recorded and each person stopped receives a record of the encounter. This data should be used to monitor officers’ use of powers.

– Invest in community policing to build and restore trust and good relations with all communities.

Notes to the editor:
1. The European Network Against Racism (ENAR aisbl) stands against racism and discrimination and advocates equality and solidarity for all in Europe. We connect local and national anti-racist NGOs throughout Europe and voice the concerns of ethnic and religious minorities in European and national policy debates.
2. See a statement by anti-racism organisations in France: https://le-cran.fr/2308-2/