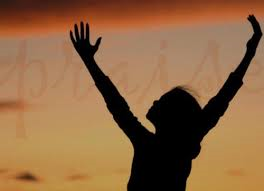 Do you want to know what we do?
A glimpse of our impact and our successes!

-First pan-European report on Afrophobia launched. ENAR launched its Shadow Report on Afrophobia, the first pan-European report on this form of racism, and contributed to raising awareness of the specific racism and discrimination faced by people of African descent in Europe. Report findings were presented in a range of fora and meetings, both at national and EU levels, including to the EU High-Level Group on Non-discrimination, Equality & Diversity, the UN Working Group on People of African Descent, and Dutch and German conferences on the UN Decade for people of African descent.

-The European Commission committed to compiling best practice guidance for Member States on effective implementation of EU hate crime law: The idea of guidelines on hate crime standards is mentioned in the Conclusions from the Fundamental Rights Colloquium and follows advocacy by ENAR and partner organisations.

-European bodies made some commitments to recognise Afrophobia: The EU Fundamental Rights Agency publicly committed to look specifically at the situation of people of African descent. Both the Dutch and Swedish governments, thanks to the mobilisation of ENAR members in these countries, have committed to either dedicated plans/strategies taking into account the specificity of Afrophobia or action plans for the UN Decade for people of African descent.

-Increased recognition of anti-Gypsyism as an obstacle to implementation of inclusion policies for Roma: ENAR and the pro-Roma NGO coalition have succeeded in putting anti-Gypsyism on the European Commission and the European Parliament’s priority map for Roma inclusion.

– Re-establishment of the Anti-Racism and Diversity Intergroup in the European Parliament, following strong mobilisation by ENAR members and advocacy work with EP political groups.

– In November 2013 and February 2014, ENAR organises, in close collaboration with the office of Jean-Jacob Bicep MEP (Greens), two groundbreaking events on Afrophobia in the European Parliament, putting the need to fight Afrophobia on the European agenda. One of the results is the use of the term “people of African descent and Black Europeans” instead of “Sub-Saharan Africans” by the European Union Fundamental Rights Agency.

– ENAR publishes the 1st Europe-wide qualitative report on Islamophobia, covering most EU countries. The report got extensive coverage and triggered a Senatorial resolution on fighting Islamophobia in Belgium, and a mention of the dangers of Islamophobia by Commissioner Reding in her report to the European Parliament’s Civil Liberties committee. It also prompted the acknowledgment of the dangers of Islamophobia for social cohesion by Belgium Prime Minister Elio Di Rupo. ENAR’s report added to the long term monitoring work of ENAR members in France (CCIF) or the UK, and led, in the same time frame, to French President François Hollande making similar statements. ENAR’s report contributed to an important shift in political discourses, finally starting to consider Islamophobia as an issue to be addressed by relevant public authorities.

– ENAR is a key player in ensuring the fundamental rights of seasonal migrant workers are included during the negotiations on the EU Seasonal Workers Directive.

– ENAR’s “Hidden Talents, Wasted Talents” publication highlighting the concrete positive contributions migrants and ethnic and religious make to Europe is one of the background documents of the European Integration Forum.

– Official launch in Paris of the only pan-European Holistic Diversity Management Certificate (TM).

– ENAR organises the Origins Conference – the first European business conference focusing exclusively on the management of cultural/religions diversity, putting on the table an issue that is often considered as sensitive in Europe and which companies are often not at ease working with.

– Following advocacy work as part of the European Roma Policy Coalition, an EU Council Recommendation on the implementation of the National Roma Integration Strategies is adopted.

– ENAR decides on a radical change of its governance structure and a total reset of its constituency to increase its internal democracy, its representativeness in the field and its resilience after two years of intensive internal consultations. ENAR is a unique success story of a membership organisation which has decided to rejuvenate its constituency to ensure impact and quality over quantity. Other European networks have expressed interest in our methodology for driving crucial governance change with the approval and support of their larger constituency.

– ENAR partners with the ENAR Foundation to reinforce the equal@work platform as a coalition of partners from all sectors mobilising to generate intelligence, transfer good practices and drive change through inspirational role modelling and concrete diversity management practices.

– After five years of intense advocacy of ENAR, in close collaboration with the European Roma Policy Coalition (ERPC), the European Union adopts a European framework for national strategies for the social inclusion of Roma.

– ENAR decides to make Afrophobia and the situation of Black minorities in Europe one of its key targets. ENAR is the first European network to put the situation of people of African descent and Black Europeans at the core of its advocacy strategy.

– Successful launch of the equal@work platform (called at that time “ad hoc expert group on promoting equality in employment”): an innovative multi-stakeholder coalition for the employment of ethnic minorities and migrants, gathering representatives of international companies, national and European public employers, trade unions and anti-racist NGOs from across Europe.

– ENAR and its members contribute to the mainstreaming of the specific situation of ethnic & religious minorities and migrants through the Open Method of Coordination in the National Plans for Social Inclusion (UK, Malta, Lithuania, …). ENAR is also involved in the development of indicators and benchmarks for the social inclusion of ethnic and religious minorities and migrants in social inclusion policies.

– The EU adopts the first legal instrument to combat racist crime and violence in a consistent and effective manner across the EU. Since 2001, ENAR was instrumental in getting a proposal for a Framework Decision on Racism and Xenophobia by the European Commission, and kept up the pressure on the European Institutions and the EU Member States until the adoption of this legislation in 2008.

– ENAR is a key player in obtaining from the European Commission a proposal for a “horizontal anti-discrimination Directive”, meant to increase the protection against discrimination on the grounds of religion & belief, sexual orientation, disability and age in areas beyond employment (as is the case for racial discrimination). The proposal has been blocked ever since by the EU Council of Member States, despite a number of positive reports and declarations by the European Parliament to which ENAR contributed successfully.

– Inspired by its UK members, ENAR starts advocating for and developing a bottom up progressive narrative for equality and diversity for Europe, together with its members. Our narrative proposes alternative discourses and paradigms to the current exclusivist political discourses trending in the whole of Europe. Since 2010-2011, a growing number of organisations and think tanks have expressed the need for a narrative, including European Commission President Barroso himself, who has been actively promoting the urgency of a new narrative to pull Europe out of the crisis. ENAR is once again a trend setter at European level.

– ENAR is the first European NGO which decides to adopt a long term strategic plan until 2030 with the view to regain agency and opportunities to drive the European Equality agenda. This long term planning has inspired other organisations over the years to make similar decisions, broadening ENAR’s possibilities to connect and further drive change.

– ENAR and its members are instrumental in ensuring infringement proceedings against a number of Member States in 2006-2007 that have led to the proper transposition of the Equality Directives. ENAR members have monitored the transposition of this legislation into national laws and its implementation across the EU since 2001.

– From 1998 to 2000, ENAR and its members are key drivers of the NGO coalition that advocates for the adoption of EU legislation prohibiting racial discrimination in employment, education, health and access to goods and services. The Race and Employment Equality Directives are adopted in 2000.