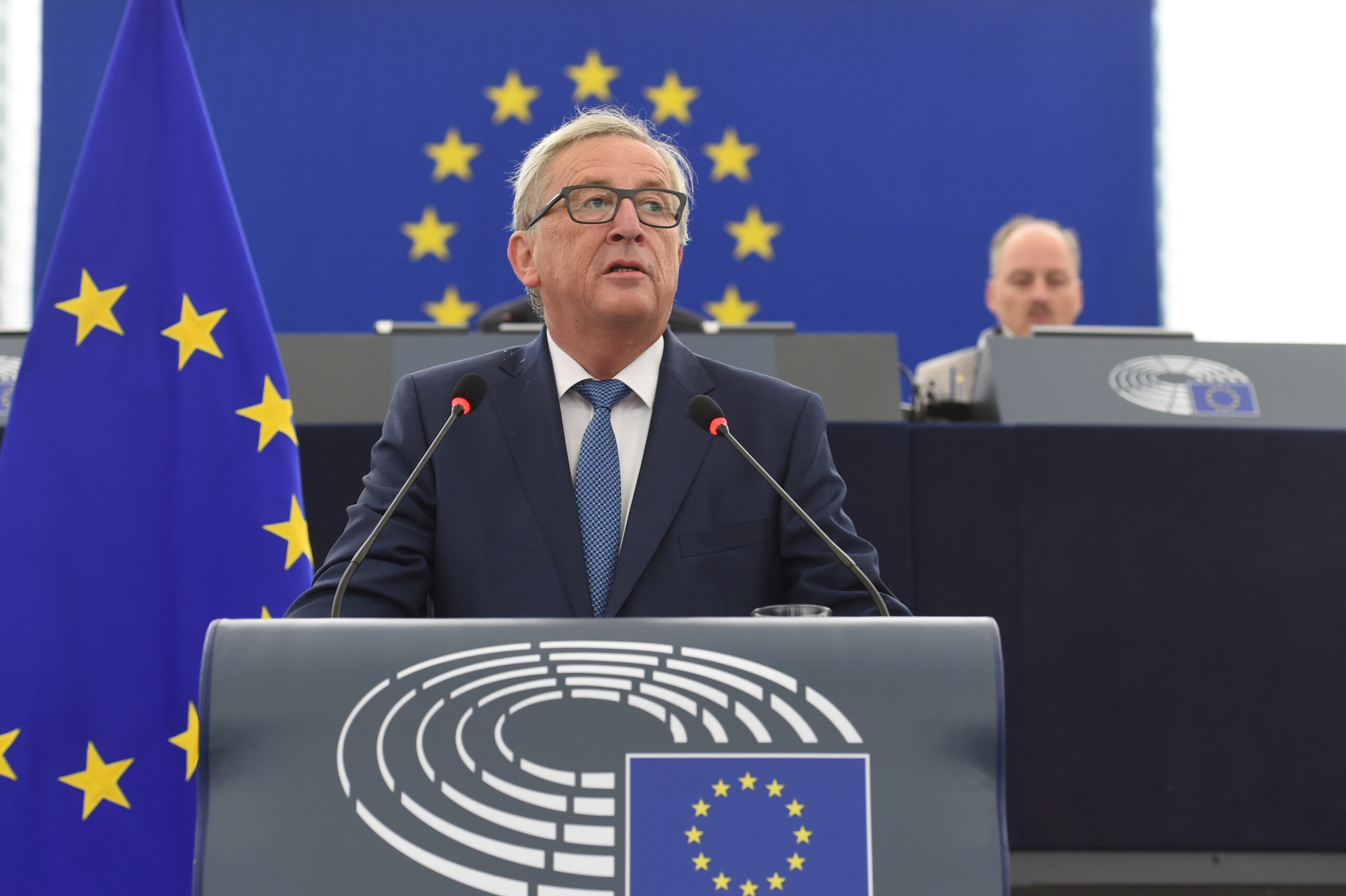 The European Network Against Racism (ENAR) recaps on a year of racism and resistance in the European Union, otherwise unaddressed in the official State of the Union address.

It has been a year since Juncker’s 2017 State of the Union address, in which the President of the European Commission called for unity around a ‘positive European agenda’. Whilst I counted 10 references to a mystical European sailboat in Juncker’s speech, a quick control + F finds zero results for the words ‘racism’, ‘xenophobia’ or ‘hatred’.

Yet 2017 saw an alarming rise in racist violence and the increased electoral success of a number of far-right parties across Europe. It saw countless unsanctioned attacks against migrants and asylum seekers, and numerous cases of hate speech against racial, ethnic and religious minorities in the European and national parliaments. None of this was considered noteworthy enough to be included in the State of the Union speech. 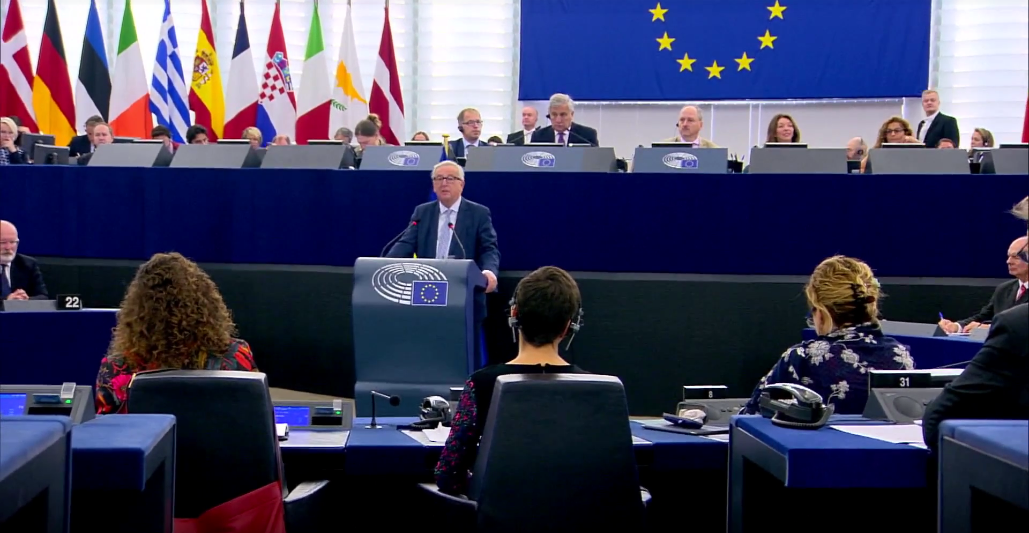 In politics, the influence of islamophobic and anti-migrant parties across Europe has been growing in numerous European Member States, with drastic consequences for racial and ethnic minorities.
In Denmark, Danish People’s Party politician Steen Petersen publicly suggested in August for Spanish police to open fire on refugees to stop the ‘invasion’ from the Mediterranean. In Austria, the far-right coalition partner the Freedom Party used its office to propose a ban on headscarves in schools and an attempt to interrupt the access of asylum seekers to mobile phones.

In Italy, the rise to power of the Matteo Salvini’s Lega party has accompanied numerous official attacks on migrants and Roma communities. In June Salvini called for a ‘mass cleansing’ of the streets of migrants and a census of Roma in a proposal reminiscent of those of the Nazis. In Hungary, Viktor Orban secured his fourth term in office in April, despite openly racist remarks, calling refugees ‘Muslim invaders’ and launching a crackdown on civil society and human rights defenders.

The effect of these shifts are grave for people of colour in Europe. Official racist policies and speech amount to immediate danger for many migrants and racial minorities in Europe, with more examples than possible to note here. Most of all, we see that racism in politics has emboldened those to take this ideology to the streets. Just in the past weeks a 16 year old Tunisian boy was attacked in Italy and told ‘go back to your country’. In Belgium two high-profile cases of racist violence highlighted the deep rooted racism in Belgian society since colonialism.

Across Europe, it is important to see that women and the LGBTIQ* community are most acutely affected by this violence. 76% of islamophobic attacks in Belgium are endured by women, and racist parties continue to co-opt the LGBT struggle as a justification for anti-migrant and islamophic sentiments, overlooking that migrants can be LGBT too.

How is the EU responding?

But who is Europe protecting? In 2017 Juncker did not profess to protect one victim of racist violence. He did boast of a more effective protection of Europe’s borders by stemming ‘irregular flows of migrants’ ‘which were a cause of anxiety for many.’ The priorities of the Union leadership are clear – protecting borders, soothing xenophobic anxiety, turning a blind-eye to racist politicians.

The 2018 speech was more of the same. The announcement of increased spending for a 10,000 strong ‘genuine border police’ to bolster the European Border and Coast Guard Agency’s returns of irregular migrants to their home countries. An official, resourced, policy equivalent to ‘Go back to your country’.

President’s Juncker’s announcement completely overlooks the complexities faced by many migrants making the often-tortuous and unsafe journey to Europe, reiterating the popular ‘good vs bad’ migrant distinction. It also overlooks the effect of enhanced border policing on people of colour in Europe, which is increasingly one of racial profiling and discrimination. More and more, EU policy is pushing toward stopping the flow of migrants at all costs. More policing. More returns. A meagre reference to rising ‘unhealthy nationalism’ means nothing if official policy is in line with the rhetoric of anti-migrant parties across Europe.

Another noted shift is toward a greater focus on defence, security and the fight against terrorism. The EU has continued to reiterate racist connotations between terrorism and Europe’s Muslim population, for example with the establishment of a closed door, special committee on terrorism, whose report bears risks of stigmatization and scapegoating. While the deadline for the transposition of the Counter-terrorism directive is approaching, the European Commission is proposing yet another regulation for online ‘terrorist’ content, which puts fundamental rights at risk. These moves subjugate fundamental rights to games of political point scoring ahead of the EU election.

All the while, EU officials will continue to laud its motto of ‘united in diversity’ and yet look on idly in the face of ongoing criticism that the EU is too white.

Resistance and the real ‘European values’

The EU is increasingly moving away, in policy and rhetoric, from its values of respect for human dignity and human rights, freedom, democracy, equality and the rule of law. Instead, the real resistance to rising racism and enduring structural discrimination for minorities in Europe comes from its citizens and civil society.

In Germany we have seen strong anti-racist resistance to Neo-Nazi marches, with more than 60,000 mobilised in Chemnitz who believe in equality and human rights. In Sweden, the far-right were not as successful as expected and it is clear that continued media attention to fascists cannot deplete peoples’ belief in their shared humanity.

It was another year of ambivalence to the anti-racist cause in the official State of the Union. But ENAR and its members will continue to stand strong in the fight for equality and anti-racism. The ENAR staff continue to demand for a stronger, anti-racist stance from the EU institutions. ENAR members are continuing to support victims of racist violence in their country, and are mobilising for a real alternative to a politics of exclusion and division. This includes a commitment to a real freedom of movement for all migrants and real prospects of equality for all racial, ethnic and religious minorities in Europe.

Sarah Chander is a Senior Advocacy Officer at the European Network Against Racism. 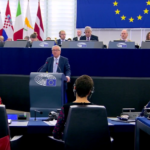