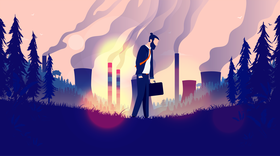 Brussels, 21 February 2022 – ENAR has undertaken a research project to assess and document the disproportionate impact of climate disruption on racialised communities in Europe. The report centres the experiences and responses of impacted communities, and outlines models for deloconising and anti-racist climate action to achieve true climate justice.

The European Network Against Racism sets its sights on the climate crisis, as new report establishes link between climate and racial justice, and establishes the need for racial mainstreaming in all policy packages and deals aimed at tackling the climate crisis, including the European Green Deal, and a transversal approach in any other community-specific policy packages.

ENAR’s new report ‘The Climate Crisis is a (Neo)colonial Capitalist Crisis: Experiences, Responses and Steps Towards Decolonising Climate Action’, concludes that the climate crisis is rooted in (neo)colonial capitalism. Underpinned by structures of racism and white supremacy, this ideology and practice maximises profit and wealth for a few by allowing for exploitation and subjugation of racialised communities.

Contributing author of the report, Nadia Asri of ENAR, said: “Through this research, we have seen that despite powerful resistance movements largely driving colonial occupying forces out of the Global South in the 20th century, (neo)colonial dynamics endure through European policies and practices. This results in racialised Europeans being harmed by climate degradation.”

Centring the experiences of racialised communities in Europe who are disproportionately impacted by climate disruption here and now, the report’s findings reveal that these acts of climate and environmental racism are manifestations of structural racism.

The report delves into different case studies to demonstrate how (neo)colonial capitalist policies and practices are harming racialised communities in Europe, from ’greenifying’ extractive industries on Sápmi, monocropping in Guadeloupe and Martinique, urban planning leading to migrant populations living next to incinerators and motorways in metropolitan France, and marginalised communities not having access to safe, healthy, and culturally-specific housing in Ireland and Romania.

Karen Taylor, Chair of the ENAR Board, commented: “We often hear political leaders and actors in the climate movement discussing the idea of acting now to protect generations to come, while the livelihoods and futures of many racialised communities are already suffering due to climate disruption. The severe damages outlined in this report make it clear that the climate crisis is happening here and now, and racialised communities in Europe and beyond are already facing its harsh consequences.”

ENAR is calling for climate justice movements, local authorities, national governments, and European policy makers to reflect on the historical conditions that have caused this crisis, and the (neo)colonial policies and practices that continue to fail racialised communities in Europe.

Karen Taylor concluded: “Climate justice for all will only be achieved if policymakers, activists and journalists alike share political will to centre impacted communities, to hold states, corporations and militaries to account, to provide reparations and climate debt, and to ensure that all European communities are having their fundamental rights met. It is well documented that the global pandemic exacerbated existing racial inequalities. It is time to acknowledge that racialised communities are also on the front line of the climate crisis here in Europe, in our neighborhoods.”

Read the The Climate Crisis is a (Neo)Colonial Capitalist Crisis: experiences, responses and steps towards decolonising climate action report (2022).