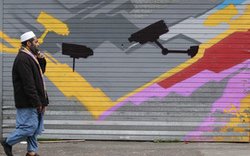 Brussels, 11 November 2020 – The EU’s counter-terrorism agenda, published on 9 December 2020, follows recent announcements and statements at a national and EU level that will see greater surveillance and policing of all across Europe.

The plan includes a range of initiatives that double down on policies and practices that are discriminatory, criminalizing and racializing. The agenda aims to ‘anticipate, prevent, protect and respond’ yet it fails to sufficiently respond to the calls to address discriminatory acts and marginalisation of human rights perpetrated in the name of securitizing Europe.

Security should also mean security against abuses, criminalisation, discrimination including by institutions. However, the narrative around counter-terrorism and extremism effectively scapegoats Muslim communities. The over-emphasis on Jihadist terrorism in the plan shouldn’t be done at the expense of acknowledging the serious and increasing threats that right-wing extremism pose in Europe, as indicated in Europol’s latest report.

The counter-terrorism agenda has extended into other areas such as EU Action Plan for integration and inclusion, which links the lack of integration to radicalisation and presents inter-religious dialogue as a preventive tool against radicalisation – further contributing to the suspicion of Muslims. The EU’s continued reliance on identifying signs of radicalisation as a preventative measure leave those in the Muslim community feeling over surveilled. In addition, the intersection between migration and terrorism must be seen from an anti-racist and human rights perspective. The securitisation of Europe reinforces the dichotomy of us versus them, where migrants’ presence in the EU is seen as a threat to the European way of life.

We are concerned that further expansion of law enforcement cooperation and data sharing will have a disproportionate impact on racialised groups and other groups at risk of discrimination. Recent CJEU cases have ruled that EU measures attempting to enable broad and enhanced data collection and data-sharing violate individual rights. Furthermore, the data and information shared by different agencies may be based on stereotypes or data systems that have a built-in or hard-wired discriminatory outputs.

Law enforcement institutions and agencies, by their mandate, will maintain power structures that are racialised and exclusionary. The response to the terrorist attacks in France and Austria are clear examples of violent and stigmatizing responses from those governments and law enforcement, that aims at threatening a large part of Muslim communities. Our upcoming research report includes several examples of law enforcement agencies targeting religious practices rather than criminal activity.

There are already sufficient legal provisions at EU and national level to respond to the threat of terrorist activity and the EU missed the opportunity to address the mounting concerns that counter-terrorism measures disproportionately impact on Muslims and have been described as Islamophobic despite the publication of the EU anti-racism action plan in September, highlighting concerns on institutional forms of discrimination.

It is easy to understand why the counter-terrorism plan was rushed to publication in 2020 but the lack of consultation with civil society organisations in its development is self-defeating. We hope that the European Institutions and Member States will take more time to develop their mode of engagement with organisations to ensure that the implementation of this plan prevent counter-terrorism policies to criminalize and marginalize groups of society.

Notes to editors:
1. The European Network Against Racism (ENAR aisbl) is the only pan-European network combining racial equality advocacy with building a strong network of anti-racist organisations across Europe. We ensure that laws and policies address racism and reflect the experiences of racialised people. We provide a unique space for organisations to connect and exchange strategies on how to combat racism and support our communities. 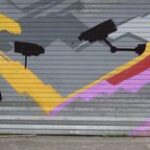