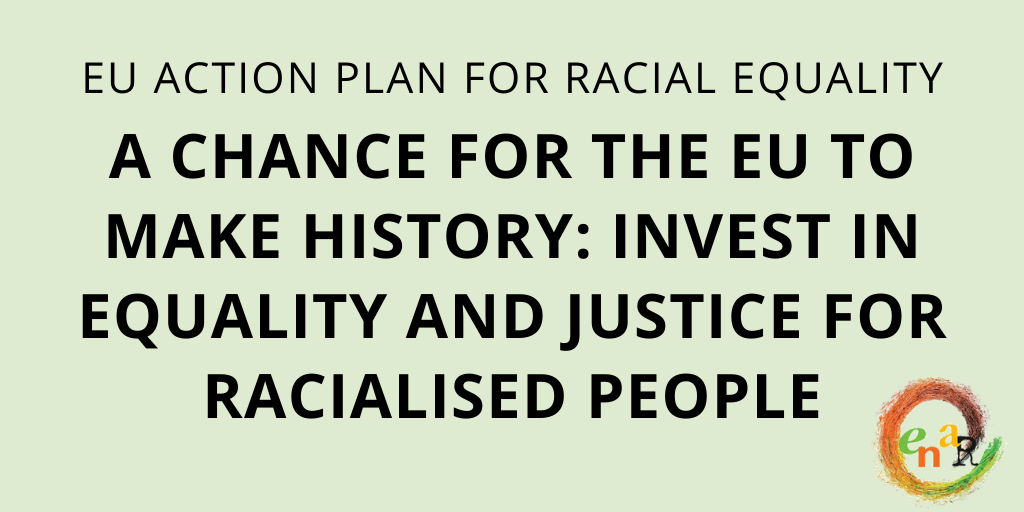 Open letter: A chance for the EU to make history – invest in equality and justice for racialised people

ENAR and 78 organisations across Europe co-signed this letter to the European Commission President to bring a community-led perspective to the upcoming European Commission action plan against racism. ENAR, its members and partners would like to contribute collectively to this constructive process and to ensure that the EU addresses structural racism consistently and transversally across all policy areas.