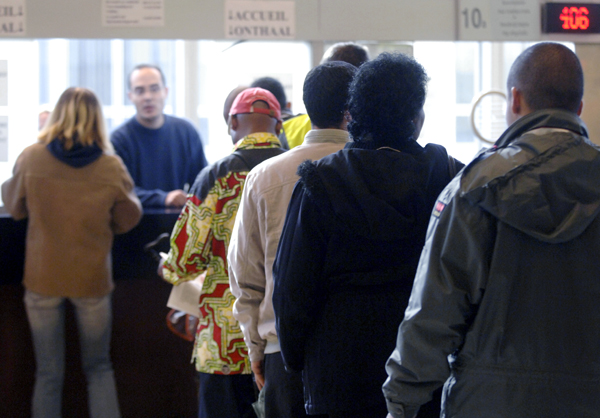 Netherlands: Migrants more likely to be jobless and living in poverty

The unemployment rate among Dutch people with an ethnic minority background is more than triple that of the white Dutch, according to a new report by the government’s socio-cultural think tank SCP.

Hardest hit are youngsters of Moroccan origin who left school without any qualifications – more than half of them are without a job. People with a minority background are more likely to be out of work than the native Dutch even if they have the same qualifications, the SCP report shows. This is probably due to preconceptions on the part of employers, the SCP says.

For example, 20% of ‘non-western’ youngsters with a trade school qualification are out of work, compared with 5% of the white Dutch. Two-thirds of those with a job are on a flexible contact.

People who moved to the Netherlands as refugees are most likely to live on welfare benefits (bijstand). Half of Somali refugees, for example, claim welfare. One in seven adults and one in four children with a ‘non-western’ background live in poverty, the report says.

Social affairs minister Lodewijk Asscher said later on Tuesday the picture painted by the report is ‘dramatic’. Too many minority youths are still leaving school without qualifications and too many companies are discriminating when taking on staff, Nos television quoted the minister as saying. However, solutions are in place which give hope, he said. A growing number of these youngsters are better educated and a programme to cut the number leaving school early has already increased the number achieving a diploma. Asscher promised to soon publish a ‘tough package of measures’ to tackle discrimination at work, especially during the recruitment process. –