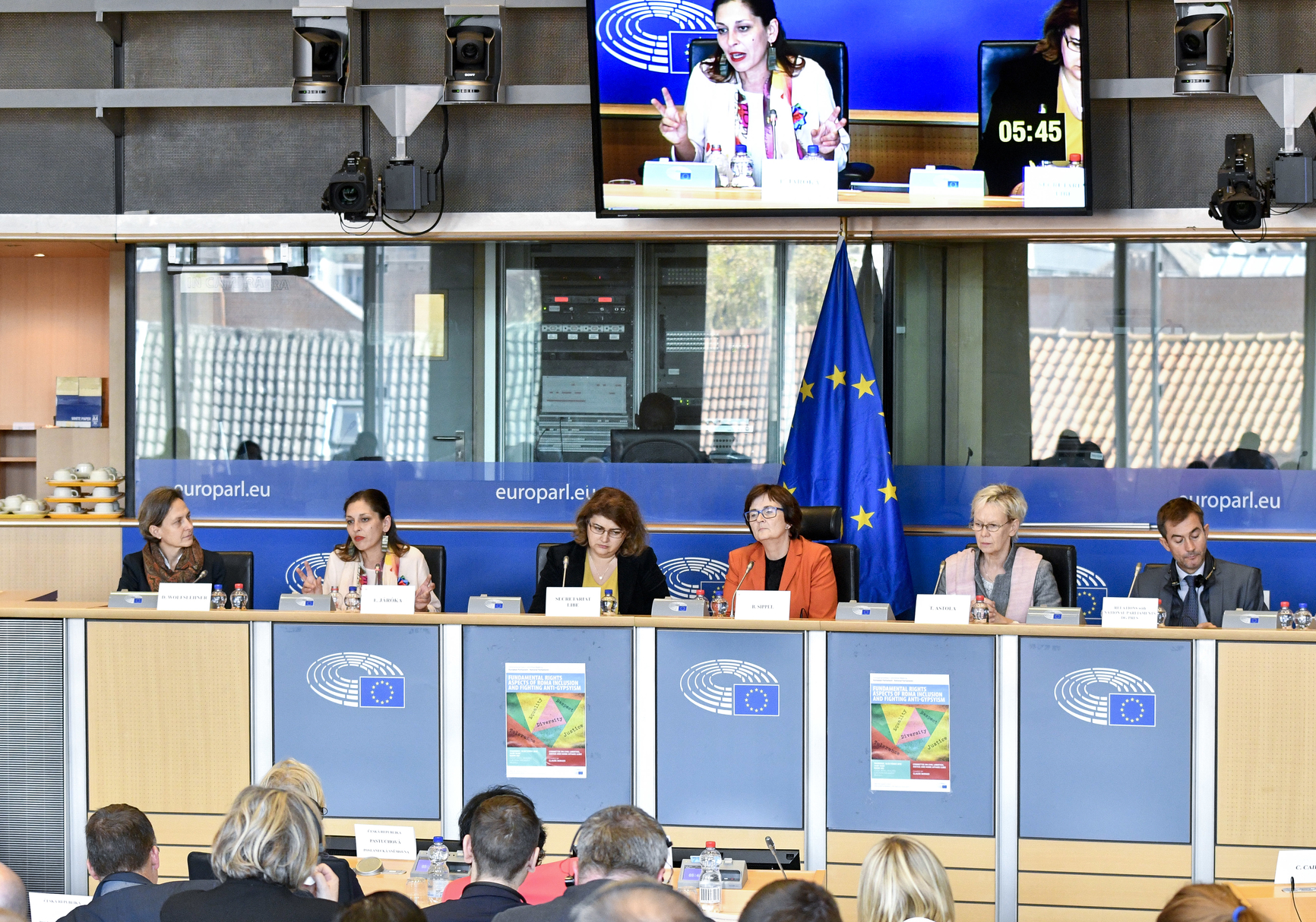 Brussels, 19 October 2018 – For the first time, Members of National Parliaments were invited by the European Parliament to discuss the fundamental rights of Roma and fighting antigypsyism. The Alliance against Antigypsyism urged Members of National Parliaments from across the European Union and the Western Balkans to work on increasing political will in their countries to combat antigypsyism and contribute to building a racism-free society.

Soraya Post, Member of the European Parliament who initiated this meeting, expressed a strong appeal to participants: “One year ago the European Parliament adopted my report on the Fundamental rights aspects in Roma integration in the EU: fighting antigypsyism that gives concrete recommendations and legislative demands for how we can fight antigypsyism. I hope that today’s inter-parliamentary committee meeting will support Member States to start taking their responsibilities seriously.”

Jelena Jovanovic, Policy and Research Coordinator of the ERGO Network, said: “The lack of explicit recognition of antigypsyism makes it impossible to develop specific indicators and to commit resources to fight the phenomenon. It also results in institutions’ inability to properly monitor acts of antigypsyism and evaluate the impact of relevant policies. The EU must put the fight against antigypsyism at the core of future Roma inclusion policies and include a meaningful gender perspective in policy-making and implementation.”

Romani Rose, chair of the Central Council of German Sinti and Roma, said: “Antigypsyism, like antisemitism, is aimed primarily at the Sinti and Roma or at the Jews, but in fact, they are an attack on democracy, on the rule of law and our common European values. Above all, therefore, antigypsyism in Europe must finally be banned, sanctioned and consistently fought. An important contribution will be the establishment of an ‘Independent Expert Commission on Antigypsyism’ in Germany following a resolution of the German Bundestag, which shall be established by the federal government in 2019.”

Establishing truth and reconciliation commissions at national and EU levels is indeed key to analyse the causes and manifestations of antigypsyism, as well as to develop appropriate strategies to combat it.

Michaël Privot, Director of the European Network Against Racism, said: “Members of national parliaments are key actors in making the fight against antigypsyism a reality for Roma and improving their lives. They can play a role in reinforcing social cohesion in the face of a worrying increase of xenophobic voices in Europe. We need to build unity across groups affected by racism and implement efficient national and local policies. National plans against racism can complement and reinforce strategies for Roma inclusion, ensuring that all forms of racism are recognised and given equal attention.”

Notes to the editor:
1. The Alliance against Antigypsyism is a coalition of organizations that promote equality of rights for Roma and combat antigypsyism on institutional and societal level. The aim of the Alliance is to advance understanding of antigypsyism as a specific form of racism, and to strengthen the political will and institutional mechanisms in order to tackle antigypsyism in Europe. The Alliance is coordinated by the European Roma Grassroots Organisations (ERGO) Network, the European Network against Racism (ENAR) and the Central Council of German Sinti and Roma.
2. The report of the LIBE Committee “Fundamental rights aspects in Roma integration in the EU: fighting anti-Gypsyism” of 25 October 2017 is available here.
3. The announcement and background documents of the Interparliamentary Committee meeting of the European Parliament LIBE Committee are available online.