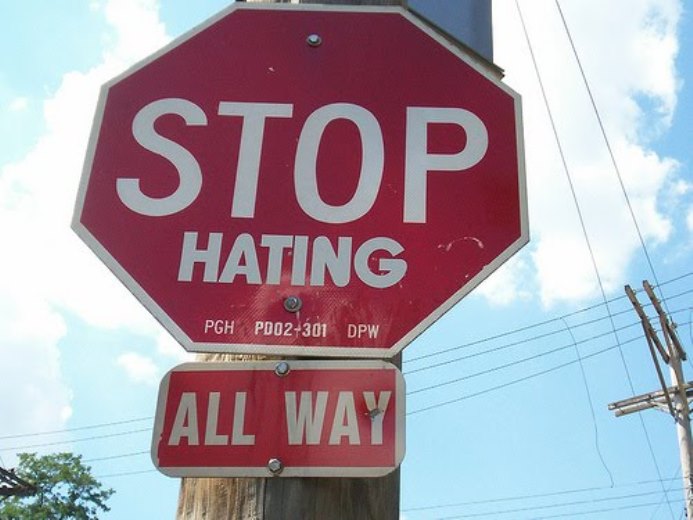 Launch of our Appeal for a #NoHateEP2014

On 19 March, ENAR and ILGA-Europe, together with some of the main European political parties, launched an Appeal for an election campaign free from discrimination and intolerance.

ENAR, ILGA-Europe and the political parties that endorsed the Appeal commit to not incite to hatred and discrimination against LGBTI communities and ethnic and religious minorities. They agree to use respectful language when referring to minorities and to respect the dignity and rights of all individuals during political debates.

Evelyne Paradis, Executive Director of ILGA-Europe, said:
“ILGA-Europe and ENAR are proud to work together to reassert the EU’s fundamental values of democracy and equality. In a context where many EU Member States are hit by the rise of extremism, we are thankful to the European political parties that confirmed today their attachment to high quality political debate, free from all forms of prejudice and intolerance.”

Michael Privot, Director of ENAR, said:
“Fighting toxic, homophobic and xenophobic political discourses starts at home. We need role models among politicians in this respect to generate constructive emulation within broader society. In addition, our common action with ILGA-Europe is key to promote and reinforce solidarity between our respective communities and form a united front against hate.”

The Alliance of Liberals and Democrats for Europe Party, the Party of European Socialists, the European Green Party and the European Left Party have signed the Appeal together with ILGA-Europe and ENAR. The European People’s Party did not sign the Appeal, but expressed its support to ENAR’s and ILGA-Europe’s demand to see an election campaign without statements that could incite racism, homophobia, transphobia and all forms of discrimination and intolerance. All five parties committed to react appropriately in case one of their candidates would not behave according to these principles.

We also organised a mobilisation event to present our campaign tools for an EU election free from hate on the same day. We introduced our online reporting form which will help civil society to monitor the use of hate speech by candidates during the election campaign.