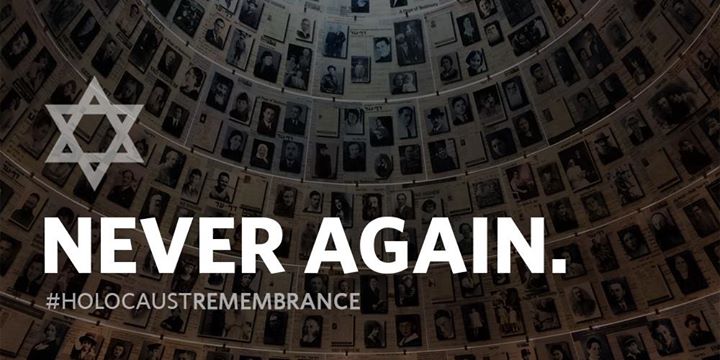 Brussels, 27 January 2017 – Today on International Holocaust Remembrance Day, anti-racism organisations across Europe urge European governments to make Antisemitism, Antigypsyism and all forms of racism a priority, in a context of increasing hate speech and security threats against minorities.

The International Holocaust Day is a vital opportunity to remember the tragic events of the Holocaust and to reaffirm our commitment to ensure that such injustices are never to reoccur. We must take the opportunity to commemorate those who were subject to mass extermination during the Holocaust – including Jewish people, Roma, homosexuals and people with disabilities – and also those otherwise persecuted under the Nazi regime, such as people of African descent. Only by remembering can we hope to ensure the equality and safety for Jewish communities in Europe alongside all other ethnic and religious communities. We must never forget that around 6 million Jews and at least 500 000 Roma were exterminated during the Holocaust, based on notions of racial inferiority.

There is, however, a very real risk that these lessons are being forgotten. Last week, Bjoern Hoecke of the Alternative for Germany (AfD) party, which promotes a xenophobic and racist agenda, criticised Berlin’s Holocaust memorial and questioned the need to dwell on the Holocaust as an aspect of German history. This is just one of many instances in previous months in which the growing tide of Europe’s political right wing have attempted to rally against minorities.

Since the Holocaust, harmful stereotypes and myths about Jewish people have persisted in Europe and these are increasingly materialising into deadly attacks, physical violence, hate speech (especially online), attacks against property, and the desecration of places of worship and cemeteries. Some European Jews feel forced to hide the fact that they are Jewish or have a Jewish background.

In Germany, official police statistics recorded some 1,300 antisemitic crimes nationwide in 2015. The Community Security Trust recorded 557 antisemitic incidents across the United Kingdom in the first six months of 2016, an 11% increase compared to the same period in 2015. 40% of 1,200 Jews surveyed in France said they avoided wearing symbols that identified them as Jews for fear of antisemitic attacks. In Poland, a study conducted by the Center for Research on Prejudice at the University of Warsaw finds a significant increase in negative attitudes toward Jews from 2014 to 2016.

Similarly, widespread Antigypsyism has persisted across Europe, and is deeply rooted in social and cultural attitudes and institutional practice. 80% of European Roma continue to live at risk of poverty.

In the current polarising context, we need to build strong coalitions and solidarity between communities and show a united front against hatred. We must actively work against insidious stereotypes, structural racism and expose groups and politicians that exploit them to pit communities against one another. In fighting for the rights and freedoms of Europe’s minorities, we must not forget the injustices that have taken place and be vigilant against similar acts of racism and hate.

EU institutions and Member States must take steps to prevent acts of hatred without stigmatising any community. This includes ensuring that States monitor, investigate and sanction hate crime and incitement to violence; developing detailed strategies to address specific forms of racism, including Antisemitism and Antigypsyism; and supporting cross-community initiatives by civil society.