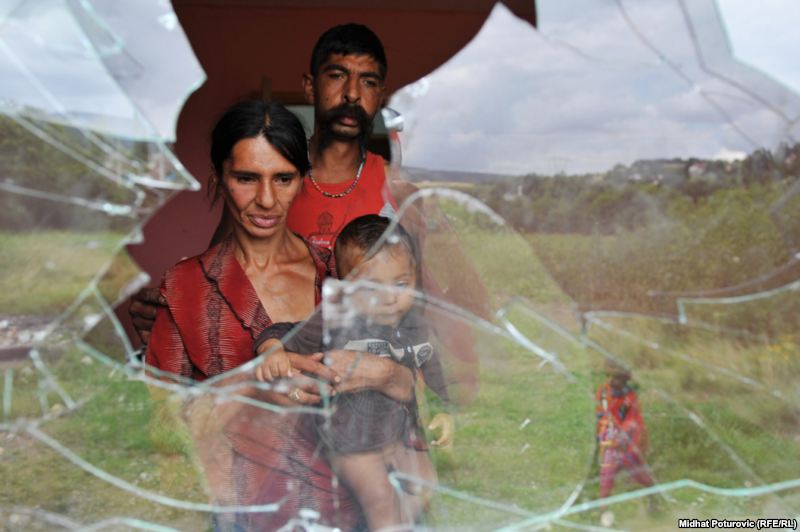 Brussels, 26 October 2017 – The European Parliament adopted yesterday the own-initiative report on “Fundamental rights aspects in Roma integration in the EU: fighting anti-Gypsyism”, calling upon the European Commission and EU Member States to put the fight against antigypsyism at the forefront of efforts for the social and economic inclusion of Roma.

The Alliance against Antigypsyism welcomes the report as another milestone of the European Parliament to address antigypsyism – the specific racism faced by Roma, Sinti and Travellers – and to ensure fundamental rights for Roma.

Romani Rose, chair of the Central Council of German Sinti and Roma, said: “It was a historical moment for our minority when the European Parliament passed a resolution for the recognition of the Holocaust of Sinti and Roma in April 2015. This resolution declares 2 August as the European Roma Holocaust Memorial Day, and calls upon the EU Member States to recognize the genocide, as well as antigypsyism as the root cause of exclusion. The newly adopted report builds upon this legacy and takes another step into the right direction”.

Jamen Gabriela Hrabanova, director of ERGO Network, said: “The report calls for an end to the paternalistic treatment of Roma – an important step from regarding them as mere clients – as well as to ensure equal access and enjoyment of fundamental rights. This is key since the institutions that are supposed to protect citizens from acts of discrimination and violence in practice all too often fail to extend the same level of protection to Roma as to non-Roma, precisely because of antigypsyism.”

Michael Privot, director of the European Network Against Racism, said: “The report highlights the need to address the structural discrimination faced by Roma across Europe. The deplorable situation in which European Roma continue to live, eight years after the EU adopted measures for Roma inclusion, shows how urgent this is.”

There have been some positive developments to address antigypsyism at EU level, with the launch of infringement procedures by the European Commission against the Czech Republic, Slovakia and Hungary regarding school segregation of Romani children, but more needs to be done. We expect the Commission to equally address housing segregation and forced evictions in various member states, including Italy and Bulgaria. The European Parliament should also tackle antigypsyism within its own house and take disciplinary measures against Members of the European Parliament who use hate speech against Roma.

Notes to the editor:
1. The ‘Alliance against Antigypsyism’ is a coalition of organizations that promote equality of rights for Roma and combat antigypsyism on institutional and societal level. The aim of the Alliance is to advance a better understanding of antigypsyism as a specific form of racism, and to strengthen the political will and institutional mechanisms in order to tackle antigypsyism in Europe. The Alliance is coordinated by the European Roma Grassroots Organisations Network (ERGO Network), the European Network Against Racism (ENAR) and the Central Council of German Sinti and Roma.

2. Please find the text of the report here.