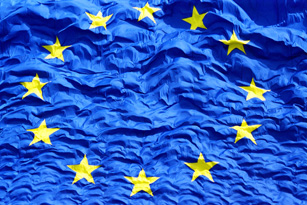 Brussels, 30 April 2015 – The European Agenda on Security adopted by the European Commission yesterday, on 29 April, will do little to address radicalisation, whilst running the risk of not respecting fundamental rights.

Preventive surveillance and other restrictions are likely to have a disproportionate impact on ethnic and religious minorities that fit certain general profiles. European Muslims, for instance, are subjected to greater scrutiny, which in turn increases their stigmatisation by the general public.

In this respect, it is crucial that counter-terrorism measures do not give rise to discriminatory profiling and data abuses. Passenger Name Records and other data mining and surveillance practices at external borders are not grounded in strict indicators and assessment criteria and therefore could lead to racial profiling and prohibited processing of data revealing race, ethnic origin or religion through the use of proxies, such as ‘dietary requirements’ for instance.

In addition there is no mention of combating discrimination despite the fact that it contributes to reinforcing radicalisation and violence patterns. To ensure the effectiveness of counter-terrorism and counter-radicalisation policies, they should be developed by engaging in real community outreach and involving communities at all stages, from design to implementation. Efforts should also be made to restore ethnic and religious minorities’ trust in law enforcement authorities and promote community policing. Parallel efforts should also be undertaken by the European Commission and Member States to really address anti-Semitism and Islamophobia in Europe through dedicated strategies.

ENAR Chair Sarah Isal said: “Although the Commission underlines the importance of respecting fundamental rights when addressing security threats, we are concerned that a number of the proposals might do just the opposite – and be counter-productive in ensuring EU citizens are safe, whatever their background.”