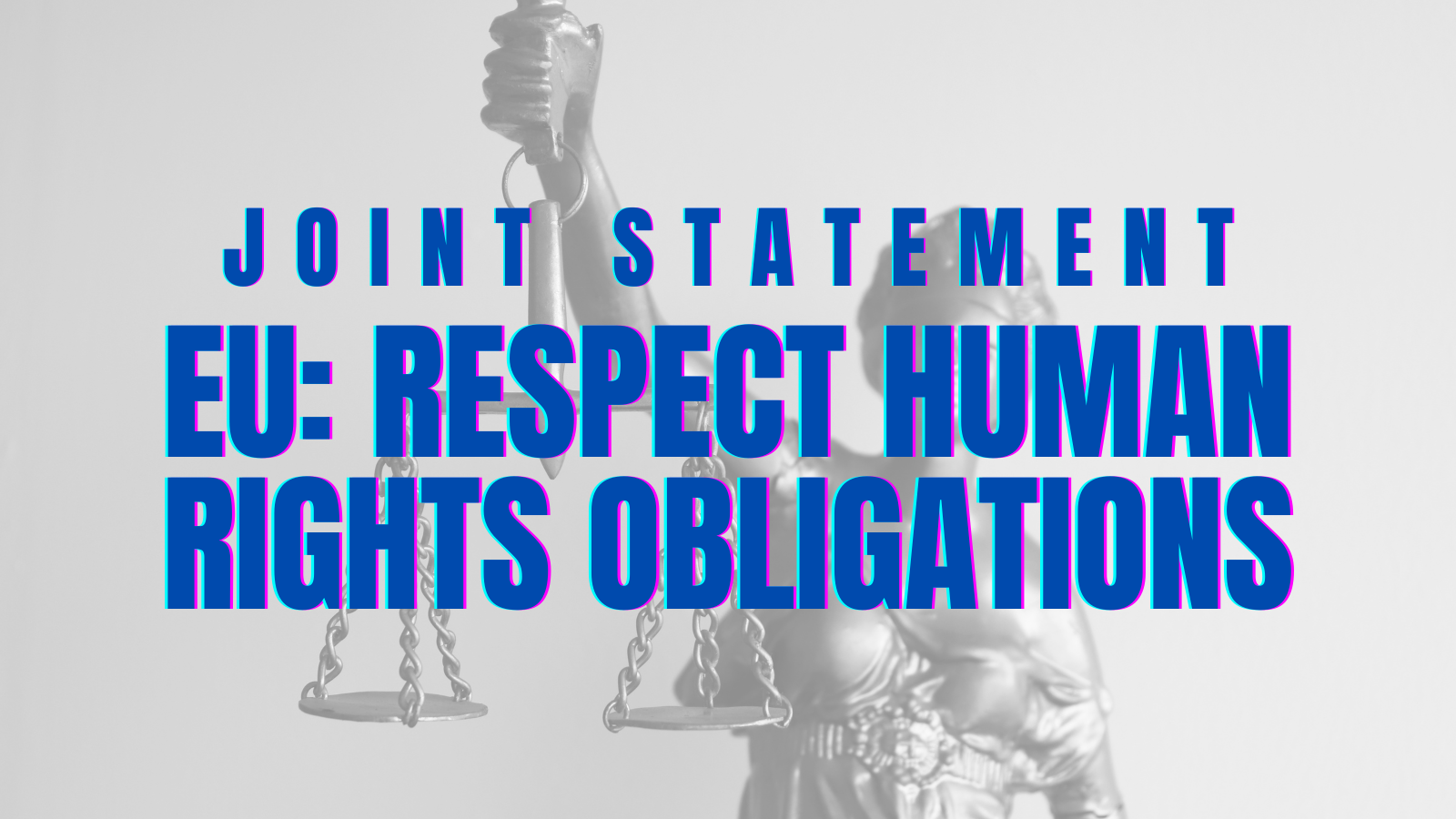 Brussels, 16/06/2021 – ENAR, ICJ, Amnesty International, FIDH, and ECNL issue a joint statement calling for the European Commission’s review of the EU Directive on Combating Terrorism’s implementation to prioritize scrutiny of its impact on human rights.

Four years after the EU Directive on Combating Terrorism came into force, more effort is needed to ensure it is implemented in accordance with human rights law obligations, Amnesty International, the International Commission of Jurists (ICJ), the International Federation for Human Rights (FIDH), the European Centre for Not-for-Profit Law (ECNL) and the European Network against Racism (ENAR) said today.

The organizations called for the European Commission’s review of the Directive’s implementation to prioritize scrutiny of its impact on human rights. In assessing the value of the Directive on Combating Terrorism (Directive 2017/541) in the Member States, the European Commission must scrutinize how it has affected the human rights of victims, suspects, as well as the wider community and civil society, the organizations said. The Directive, enacted in 2017 after an expedited legislative process, criminalizes a wide range of conduct related to terrorism. The Directive establishes an overly broad definition of terrorism and requires states to include in their criminal law offences that are often not closely linked to the perpetration of a terrorist act. These include offences of travel for the purpose of terrorism, participation in a terrorist group, and public provocation to commit acts of terrorism. Because the terms of the offences are so widely drawn, safeguards in national law and practice are essential to ensure that they are not applied where there is no clear link to a principal offence of terrorism and/or no intent to contribute to such a principal offence, to prevent arbitrary application, including action based on racial prejudices of perceived dangerousness. However, the organizations are concerned that EU member states are applying national laws on counter-terrorism in ways that unnecessarily or disproportionately limit the exercise of human rights, including freedom of expression and association, and freedom of religion or belief, and that discriminate against some ethnic or religious groups, in particular Muslims. The implementation of the Directive by member states is now being reviewed by the European Commission, including through a consultation process, which concludes today. As the review of the Directive is taken forward, the organizations urge the European Commission to consider in particular: · Whether and how the Directive can help to ensure effective accountability for internationally recognized crimes and the right to effective remedy and reparation for victims of terrorism, both within and outside of the EU; · To what extent national authorities have applied international, EU, as well as domestic human rights law in their transposition and implementation of the Directive; · What safeguards have been or should be introduced to prevent human rights violations in practice in the implementation of the Directive, in particular regarding freedom of expression, association, peaceful assembly, rights to respect for private and family life, freedom of religion or belief, freedom of movement and rights to political participation; · How the right to a fair trial and the right to liberty are being upheld in the implementation of the Directive’s offences within the member states’ justice systems, and what measures are needed to strengthen protection for these rights; · What safeguards have been or should be introduced to protect against the discriminatory application or impact of the Directive; · Whether civil society, including those representing victims of terrorism and groups affected by counter-terrorism measures, have been meaningfully consulted in the implementation of the Directive. Background The EU Directive on Combating Terrorism (Directive 2017/541) came into force in April 2017 and was required to be transposed into member state law by September 2018. The Commission is due to report to the European Parliament on the added value of the Directive, and whether it is fit for purpose, including on its impact on fundamental rights in October 2021. Several of the NGOs have made submissions to the EU Consultation as part of its review. The Fundamental Rights Agency is currently also working on a report on the impact of the EU Counter-terrorism Directive on human rights across the EU. For further commentary on the Directive and on counter-terrorism and human rights in Europe, see: ICJ, Counter-Terrorism and human rights in the courts: guidance for judges, prosecutors and lawyers on the application of EU Directive 2017/541 on Combatting Terrorism ENAR, research on the impact of counter-terrorism and counter-radicalisation policies and measures ECNL, Civic space in the era of securitized Covid-19 responses Download the letter in pdf format eu_combating_terrorism_directive_statement_160621final.pdf