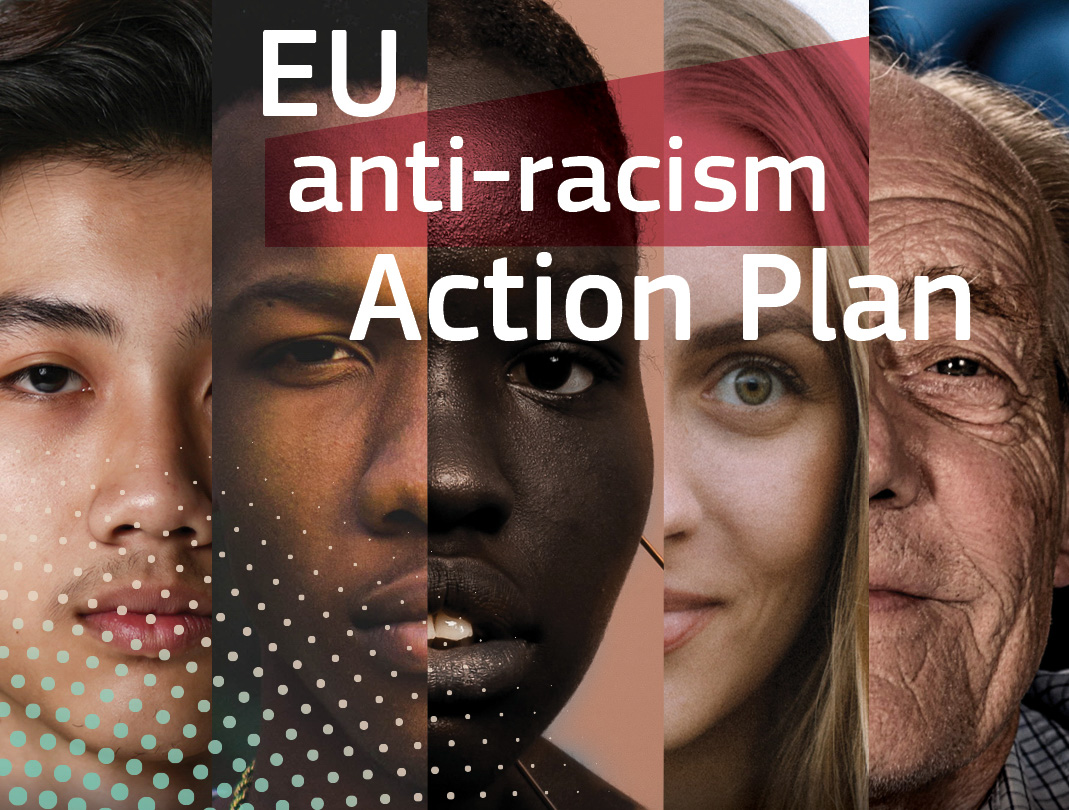 Brussels, 18 September 2020 – The EU Anti-Racism Action Plan published today by the European Commission is the first time that there is high-level recognition at European Union level of the need to fight structural racism. It strongly urges Member States to have better policies against racism and report regularly about it, and considers adoption of new legislation on racism in law enforcement.

This action plan comes after widespread public mobilisation of the Black Lives Matter and anti-racism movement worldwide demanding racial equality and justice, and longstanding calls from anti-racist organisations for EU action to tackle racism through a comprehensive strategy.

“This is a groundbreaking moment for racial equality and justice, and has significant potential to achieve positive change for racialised people in Europe”, said Karen Taylor, Chair of the European Network Against Racism (ENAR). “The open boxes now need to be filled: it is crucial that the measures proposed are effectively carried out by both EU institutions and national governments. Without this commitment, this ambitious action plan will remain just a piece of paper.”

The European Network Against Racism (ENAR) welcomes the fact that for the first time, the EU explicitly acknowledges the existence of structural, institutional and historical dimensions of racism in Europe and the need to address them through wide-ranging, proactive policies. This is an important shift from the current limited focus on combating racial discrimination by individuals.

There are a number of positive proposals in the action plan, in line with what ENAR has been calling for:
– The European Commission strongly urges national governments to develop and adopt national action plans against racism and will adopt common principles for their implementation.
– It calls for consistent and improved collection of equality data, disaggregated by racial or ethnic origin, which is crucial to uncover and address existing structural inequalities, while ensuring due respect of privacy.
– It identifies the need for potential new legislation to address racism in law enforcement.
– The European Commission will ensure that EU policies e.g. on migration, digital services, AI, Green Deal, benefit all and do not contribute to further racial inequalities.
– The European Commission will take concrete steps to improve racial diversity and representation within its ranks and encourage other EU institutions to do the same.

It is encouraging that the plan foresees strengthened participation of civil society organisations working with racialised groups for its implementation. Meaningful participation is essential to ensure legitimacy, ownership and efficiency of the plan. The EU anti-racism coordinator could play a key role in this respect.

However, the plan could be stronger on measures to address racist and disproportionate policing, as it plays a key role in maintaining and fostering racial inequalities in Europe. There should be more focus on collecting data disaggregated by racial or ethnic origin on profiling. It is also problematic that profiling is presented as a legitimate practice, given the numerous abuses of this law enforcement tool. Solutions proposed include good practice guidance and training, but this should go further and include strong accountability measures. It is also disappointing that the plan does not include specific measures to tackle the structural racism and barriers faced by migrants in Europe.

“We count on the EU institutions and national governments to be drivers of positive change to ensure we achieve justice and equality for all. ENAR and the broader anti-racist movement will remain vigilant to ensure these goals lead to real action”, said Karen Taylor.

Notes to editors:
1. The EU action plan against racism published by the European Commission is available at: https://ec.europa.eu/commission/presscorner/detail/en/ip_20_1654
2. The European Network Against Racism (ENAR aisbl) is the only pan-European network combining racial equality advocacy with building a strong network of anti-racist organisations across Europe. We ensure that laws and policies address racism and reflect the experiences of racialised people. We provide a unique space for organisations to connect and exchange strategies on how to combat racism and support our communities.