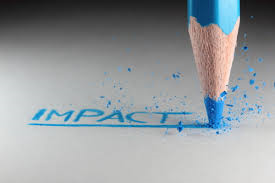 Check out ENAR’s and ENAR members’ main achievements and impact in December 2016.

-Following over a year of joined advocacy with ARDI, OSF and ILGA-Europe, the new EP rules of procedure adopted in December include stricter sanctions against MEP engaging in hate speech. MEPs will now be sanctioned if they use defamatory, racist or xenophobic language or undertake actions to disrupt parliamentary activity. Penalties for serious misbehaviour have also been increased (up to 30 days daily allowance, doubled in case of repetition) and Members will no longer being able to represent the European Parliament externally for up to a year.

–Together with a representative of the Dutch Ministry of Justice, ENAR co-presented the outcomes of a joint event with ARDI and OSJI on ethnic profiling at the plenary session of the High Level Group on Racism, Xenophobia and Other Forms of Intolerance. This is a step forward to bring the issue to the attention of Member States in an EU context. The European Commission committed to facilitate the organisation of any relevant follow-up initiatives coming from Member States. We produced an infographic on ethnic profiling the occasion of the joint event which was retweeted 103 times and lead to 18,176 impressions.

-Thanks to advocacy efforts led by ENAR, the European Commission coordinator on anti-Muslim hatred committed to hold roundtables with NGOs at least twice a year, fully funded by the European Commission. Moreover, the coordinator committed to an event with Commissioner Timmermans on the occasion of the day against Islamophobia on 21st September.

– ENAR Ireland released its iReport on racism in Ireland and received quite a lot of media coverage.

–AEQUITAS in Cyprus successfully implemented a national project entitled ‘Combatting Islamophobia in Cyprus’. The project included an educational seminar, perceptual surveys and a stakeholders’ round-table.

–CEJI – A Jewish Contribution to an inclusive Europe celebrated its 25th birthday at Google’s office in Brussels, launching its Facing All the Facts project.