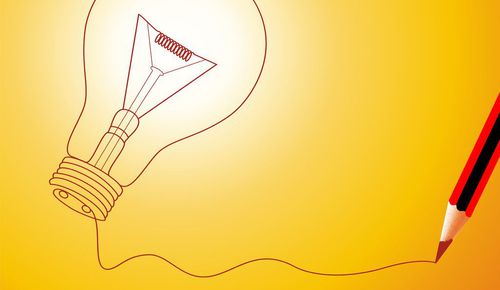 Call for projects on sexism and Islamophobia

Projects should contribute to foster cross-group partnerships and develop alliances between the anti-racism and women’s rights movements in order to better address the intersection between racism and sexism and its impact on Muslim women. Selected projects should support the establishment of long-term cooperation between a variety of stakeholders at national/local level including women’s rights, anti-racism and Muslim organisations.

Why this call for projects?

In 2014, the European Network Against Racism (ENAR) launched a unique and innovative joint effort between the anti-racism and women’s rights movements, called [“Forgotten Women: the impact of Islamophobia on Muslim women”->http://enar-eu.org/Forgotten-Women-the-impact-of-Islamophobia-on-Muslim-women.
]. This project is a key step in a broader advocacy strategy that aims to get the Member States of the European Union to adopt specific national strategies to combat Islamophobia and to demonstrate the need for an improved implementation of EU equality law.

The overall project aims to:
– Document the disproportionate effect of Islamophobia on Muslim women
– Provide analysis to improve the implementation of equality law in cases of discrimination against Muslim women
– Counter stereotypes about Muslim women and promote positive messages
– Foster cross-group partnership and develop alliances between the anti-racism and feminist movements in order to better address the intersectional discrimination affecting Muslim women (gender, race, class and religion)
– Disseminate the findings of the research in advocacy settings (European and national), communication activities and lawyers’ workshops

The project takes place in 8 countries, chosen to get a representative picture of the situation of Muslim women in the European Union: Belgium, Denmark, France, Germany, Italy, Netherlands, Sweden and United Kingdom. A comparative report based on reserach in those countries will be produced – looking into the impact of Islamophobia on Muslim women in employment and regarding hate crime and hate speech.

We are looking to support local or national projects that fit the overall project’s objectives.

Selected projects should aim to strengthen partnerships and support the establishment of long-term cooperation between a variety of stakeholders at national/local level. We will support proposals of common projects between women’s rights and anti-racism organisations related to the inclusion and empowerment of Muslim women or women perceived as such.

Applicants shall demonstrate a willingness to advance the recognition of intersectionality of multiple grounds of discrimination. Prior experience challenging racism and sexism is prefered. Implementation of the project should be local or national. Community organising approach and participatory methods should be used to foster meaningful cooperation and to build ownership. Joint applications are encouraged.

Applicants must be legally constituted nongovernmental organisations (including associations of professionals, trade unions, university clinics, informal coalitions led by a member with legal entity, re-granting entities, etc.). The applicants must be non profit-organisations. The applicant must be legally established in Belgium, Denmark, France, Germany, Italy, Netherlands, Sweden or the United Kingdom.

The project should fit the following objectives:
a) Foster long-term partnerships between women’s rights and anti-racism movements
b) Work to combat sexism, racism and Islamophobia;
c) Understand and raise awareness about the common struggle that women from diverse backgrounds have in common;
d) Create space for discussions on experiences of Muslim women within the feminist movements;

This could be done via creative approaches to advancing the causes, for example, joint media/campaigning work, targeted advocacy work, dissemination of the ENAR project’s findings and recommendations, creation of safe space groups, etc.

The applicants have to send their application form to kahina@enar-eu.org (cc julie@enar-eu.org) before 23 April 2016. Applications can be sent in English or French.

Pre-selection will be done by ENAR and its close partners and then sent to some steering group members for final approval. Selected projects might be required to incorporate changes suggested by ENAR Secretariat and submit the final draft within 7 days of receiving the ENAR Secretariat’s final recommendations.

For further information on the content of this call please contact Kahina Rabahi at kahina@enar-eu.org (cc julie@enar-eu.org).