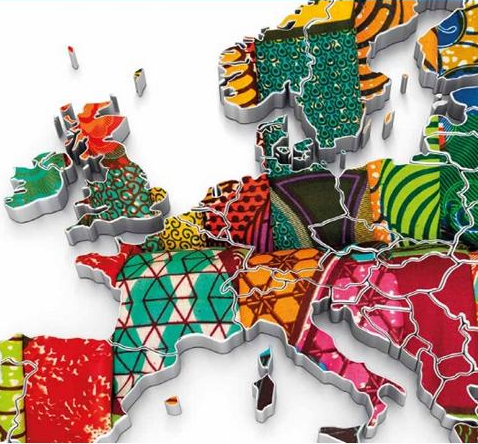 Call for Papers “Afroeuropeans: Black Cultures and Identities in Europe”

Among other initiatives, ENAR publishes shadow reports on a number of topics like hate crime. The most recent shadow report, published earlier this year, was on Afrophobia, the first-ever European report that maps discrimination and inequalities faced by people of African descent in Europe/Black Europeans in 20 EU countries (Austria, Belgium, Cyprus, Estonia, Finland, France, Germany, Greece, Hungary, Ireland, Italy, Latvia, Lithuania, Malta, the Netherlands, Portugal, Spain, Sweden and the United Kingdom).
Some countries where the political discourse is predominantly framed in the anti-immigration context and which targets both Black people and Muslims include Bulgaria, Estonia, Finland, Germany, the Netherlands and Spain. With matters appearing to get worse before they improve for minorities such as people of African descent in Europe/Black Europeans in Europe, it’s important to explore the responses that challenge such discourse.

In our session on Social justice and human rights in AfroEurope, we’d like to discuss some of the key findings of our shadow report on Afrophobia and invite papers that address some trends on this front. Here are the key findings: http://enar-eu.org/wp-content/uploads/sr_key_findings-2.pdf

Submission guidelines
If you are interested in participating in this session, please submit a title and abstract (300 words max) to https://www.lyyti.fi/reg/afroeuropeans_callforpapers by 24 February 2017.