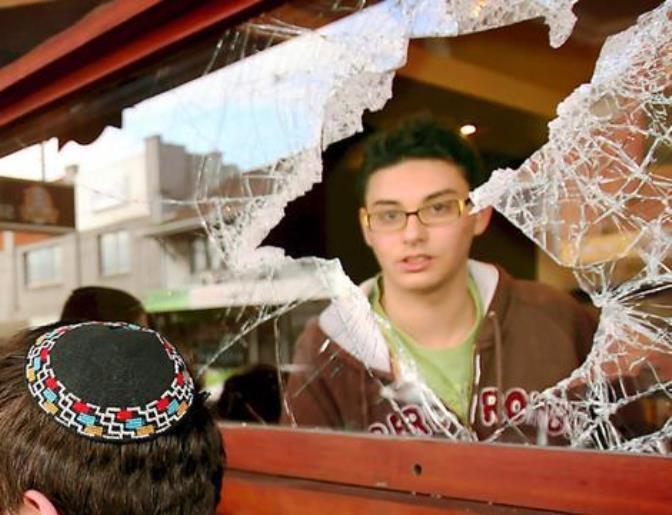 Protests against the Gaza conflict invoking “death to the Jews” have hit the streets of several European cities, especially in France and Belgium, while online anti-Semitic hate speech, especially on social media, is exploding across Europe.

In Britain, around 100 anti-Semitic incidents were recorded in July, double the usual number, whereas in the Netherlands, there has been a spike in anti-Semitic hate on the Internet, with reports of 400 expressions of anti-Semitism in the last two weeks, mainly on social media. In Germany, anti-Israel protesters were prevented from attacking a synagogue in Berlin, and molotov cocktails were thrown at a synagogue in Wuppertal. Anti-Semitic graffiti and flyers are appearing on walls and in shops in many cities across Europe. In Liege, Belgium, a café owner put up a sign stating that dogs were welcome, but Jews were not allowed.

This situation is provoking a climate of fear among Jewish communities in Europe. Many are renouncing their visibility in public spaces for fear of retaliation. Jewish organisations and representatives – including the most progressive – are receiving threats and are under police protection.

ENAR Chair Sarah Isal said: “This spike in anti-Semitism across Europe is simply unacceptable. A fight for justice – in this case support for the Palestinian cause – is entirely legitimate but cannot succeed by perpetrating racist acts and denying the rights to security and protection of European Jews.”

People have the right to express their opinions and their dissent publicly. However, this should under no circumstances give way to racial hatred towards communities that are linked to countries whose policies are in breach of the fundamental rights of other populations.

We call on public authorities across Europe to take steps to prevent acts of hatred towards Jewish communities. They should also show similar willingness to act when other communities are the targets of violence and hatred. Hatred is hatred, wherever it comes from and whatever its shape.