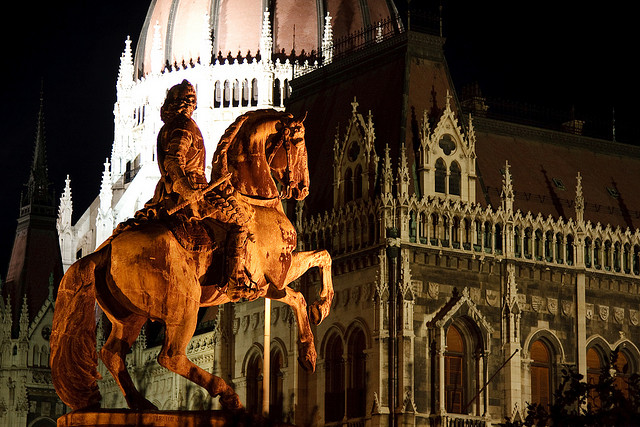 Where next after the Hungarian election?

By Marcell Lőrincz – National elections took place in Hungary on 6 April and the final results have now been made public. While the coalition of political parties on the left gained new voters, it was not sufficient to block the majority of the ruling conservative forces.

Jobbik managed to increase the number of its supporters. The party has been considered a racist and extremist party for many years, but for this campaign it managed to convey a new, “friendlier” image, avoiding any ethnic-racist topics.

From the end of 2013, Jobbik party campaigners focussed on general populism, offering security, jobs and a better life. The strategy allowed the party to keep old radical supporters on board, while attracting new, less radical voters.

Meanwhile the four-party left-wing coalition is still the strongest in opposition, but it will have to rethink its strategies for the upcoming European elections if it does not want to lose this position.

Socialist party leader Attila Mesterhazy admitted that it had been a mistake to isolate the far right, and not to confront and debate with them. He also said he would instill new values in the socialist party, and is calling for a “pro-security” discourse to counter the far-right’s power.

But neither party tried to get the so-called “ethnic” votes. While US President Barack Obama could rely on more than 90 percent of the African-American community’s votes, plus a high percentage of the Hispanic community’s vote, in Hungary no party targeted the Roma community, which makes up 6-8 percent of the total population.

So far, there have only been stories about politicians buying their votes directly, but no party has engaged them in the longer term and given priority to this group. There are a few exceptions, with some politicians with a Roma background, but they seem very loyal to their non-Roma parties (both socialist and conservative), and no real actions are expected from their side.

In the upcoming European election on 25 May, low participation and motivation among voters is to be expected. In 2009, the turnout was 36.28 percent. This gave a large advantage to the far-right, which won three seats out of 22.

The conservative Fidesz party will probably win most of the seats again, but the real competition will revolve around the second place.

Will the well-organised, strongly connected Jobbik voters or the path-searching leftish-liberal parties win it?

Involving vulnerable groups, like Roma, LGBTQ or Jewish communities could make a difference. However it is not enough to expose the racism of the Jobbik Party, the left-wing coalition has to offer something positive to gain the support of these communities.

They could, for instance, highlight the positive effects of the European Union on Hungary, and how MEPs can strengthen human rights and develop better conditions for Hungarians during their next mandate.

On the other hand, “pro-security” communication may cause more damage as it was never part of social-democratic values. In the words of Benjamin Franklin, “any society that would give up a little liberty to gain a little security will deserve neither and lose both”.