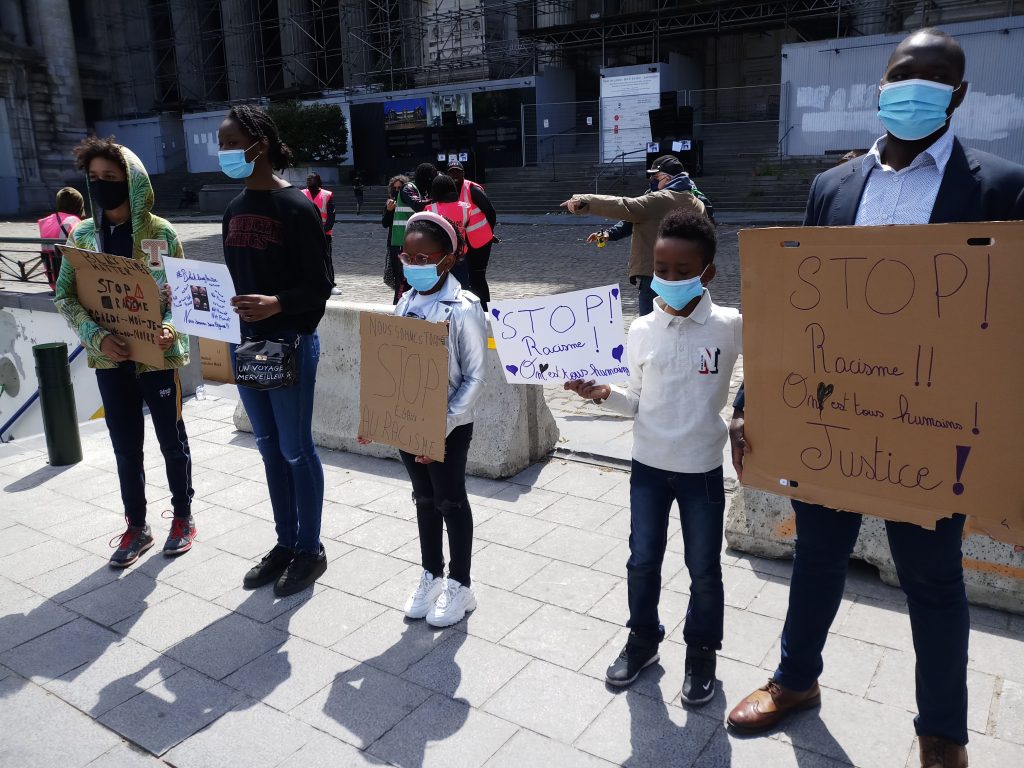 Towards the mainstreaming of intersectional policies in Belgium

Are Belgian politicians and administrations already familiar with intersectionality and is this already reflected in existing or to be developed policies? This article focuses on the importance of intersectional policy, in particular within the framework of an action plan against racism.

In international and EU human rights fora, no speech goes by without the word ‘intersectionality’. At that level, everybody seems clearly convinced of the importance of intersectional policies.

But what about Belgium? Are our politicians and administrations already familiar with the concept and is this already reflected in existing or to be developed policies such as (inter)federal action plans? We have yet to achieve a broader understanding of the concept, but the ambition is certainly there! Nevertheless, a lot of work remains to be done to implement an intersectional approach in all policy areas and at all levels of government. This article focuses on the importance of intersectional policy, in particular within the framework of an action plan against racism.

Intersectionality and the definition of racism

The UN Convention on the Elimination of All Forms of Racial Discrimination (1965) defines racial discrimination as any distinction, exclusion, restriction or preference based on race, colour, descent, or national or ethnic origin which has the purpose or effect of nullifying or impairing the recognition, enjoyment or exercise, on an equal footing, of human rights and fundamental freedoms in the political, economic, social, cultural or any other field of public life.

As a party to the CERD Convention, Belgium subscribes to this definition of racism. However, some civil society organisations believe that the legal definition is insufficient and that, almost 55 years after its adoption, this definition is not adapted to the current context. For them, there is a need to adopt a sharp and intersectional approach to racism that takes into account individual, structural and institutional racism as well as its historical dimension. Others, on the other hand, believe that the adoption of a national plan against racism cannot be delayed because of a discussion on the definition of racism. Whatever the divergences, it is important to integrate an intersectional approach into the plan. What is needed is a clear indication of how the theoretical concept of intersectionality can be operationalised to ensure this intersectional approach.

An intersectional approach within an action plan against racism can be seen as the recognition that an individual may be confronted with certain mechanisms of discrimination because he or she carries certain identity characteristics (e.g. gender, age,…) as well as so-called racial ones.

This recognition means that you formulate actions based on an analysis that has an intersectional perspective. It also means that each objective and action within that plan takes into account the diversity of people concerned by an initiative, and pays special attention to the most vulnerable within the target groups. This approach also implies taking into account the individual, structural and historical dimensions of discrimination and inequalities.

If, in time, our action plans adopt a truly intersectional approach, this will automatically lead to action plans that will contain many more cross-references to other plans. In terms of policy coherence, this means that there will be more cooperation between administrations and that the process of drawing up action plans will be more and more integrated. In terms of actions, this means for example, that actions concerning LGBTI homeless people could be included in both the Sexual Orientation, Gender Identity and Expression, and Sex Characteristics (SOGIESC) Action Plan and the Poverty Action Plan. Another concrete application could be that in order to gain a better insight into hate crimes against LGBT people with a migration background, improving the recording of these crimes could be included in both the National Action Plan against Racism and the SOGIESC Action Plan.

An intersectional approach to racism also includes intersectional statistical data on racism and discrimination. The recognition of the five so-called racial criteria (presumed race, skin colour, nationality, ancestry, and national or ethnic origin) as a category is essential to address structural, institutional and historical inequalities. In addition, collecting anonymous data on these five criteria, in combination with other protected criteria such as gender, class, sexual orientation and disability, is a fundamental step to identify and expose structural disadvantages. The collection of disaggregated equality data is one of the main challenges to make racism visible and combat inequalities.

The project “Improving Equality Data Collection in Belgium”, co-funded by the European Commission’s Rights, equality and citizenship programme, could be a step forward as it aims to study and improve equality data collection by bringing together all available data in Belgium. It is jointly implemented by the Equal Opportunities Team of the FPS Justice and Unia (June 2020 – May 2021).

The challenge of achieving all this remains great, but one thing is certain: an equal opportunities policy without an intersectional approach is outdated, whether at the international, EU or national level.

Tine Claus works in the Equal Opportunities Team at the Federal Ministry of Justice of Belgium (FPS Justice). Tine writes this article in her personal capacity.