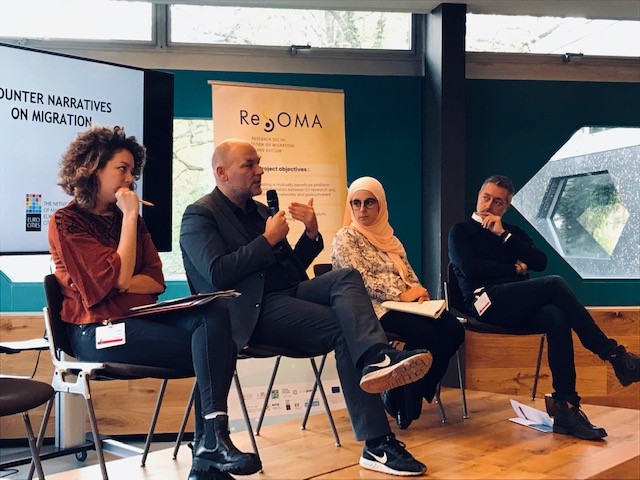 The role of cities in fighting against racism

Eurocities, the European cities network, organised for the first time a working session on how cities can fight Islamophobia on 14 November in Amsterdam. We need urgent policy responses that are comprehensive enough to address structural aspects of racism.

Eurocities‘s working session on how cities can fight against Islamophobia in Amsterdam gathered cities’ representatives from across Europe. Two existing measures from the cities of Barcelona and Amsterdam were introduced to kick-off the discussions and present key elements of their promising practices.

We need urgent policy responses that are comprehensive enough to address structural aspects of racism. Cities have a key role to play, as they are closest to the implementation level and are able to adapt and find solutions that are directly in line with people’s needs.

ENAR calls for the adoption of action plans against racism, at national, but also regional and local level. These action plans could include different aspects to ensure they properly address the systemic dimensions of racism. We have recently published a report identifying key indicators of success when designing such a plan.

For example, Barcelona has adopted a local action plan against Islamophobia. After a broad consultative process, the plan was launched in January 2017, involving Muslim people and associations, human rights defenders, municipal civil servants, experts and scholars. The plan contains 28 concrete measures based on an integrated, preventative and flexible method and inspired by an intercultural and human rights approach. It includes measures on raising awareness about islamophobia, including its gender aspect; improving data collection mechanisms; promotion of diversity and religious freedom, including in local administration; support to set up new places of worships; etc. It also has a diverse and participatory monitoring commission that adapts the plan to new needs detected.

At the end of 2018, the Amsterdam municipality published a policy letter on Inclusion and Diversity which, for the first time, explicitly makes combating discrimination of Muslims a priority. As a result, two lines of action are being implemented from 2018-2022. The first line of action focuses on promoting dialogue between Amsterdammers of different backgrounds, including Muslim communities (e.g. youth leadership programme, contact point between Muslim communities and municipality). The second line of action focuses on anti-discrimination measures (e.g. public campaign to encourage reporting of discrimination, funds available for security of worship buildings).

For more information about this work at ENAR and if you wish to be involved, contact Julie Pascoet, Senior Advocacy Officer: julie@enar-eu.org.