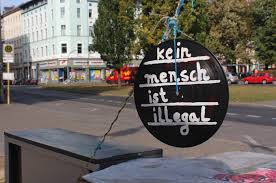 Brussels, 16 October 2014 – A two-week EU-wide police operation, dubbed ‘Mos Maiorum’, was launched on 13 October to detect, detain and possibly deport irregular migrants. This massive control operation is extremely worrying both in terms of discriminatory stop and search practices and protecting the basic rights of asylum seekers, refugees and migrants.

The European Network Against Racism (ENAR) condemns this ‘Fortress Europe’ approach to migration and the disastrous consequences it has for migrants, as well as ethnic and religious minorities as a whole, across Europe. This operation is leading to hundreds of random identity checks at train and bus stations, on highways and in public spaces, and anyone looking ‘foreign’ is being targeted. The use of racial, ethnic, national, or religious characteristics as a way of singling out people for identity or security checks – racial profiling – is discriminatory. This adds to existing racial profiling practices, confirmed by research showing that Black people are 7 times more likely to be stopped and searched than white people in England & Wales and 6 times more in Paris.

This operation is also fuelling xenophobia in Europe, as it is reinforcing the myth of a criminal invasion to Europe, further stigmatising and criminalising migrants. In reality, most undocumented migrants in Europe are fleeing war-torn countries including Syria. During a similar police operation last year, 36 percent of the 10,459 migrants intercepted were Syrians, and the second and third-largest groups were Eritrean and Afghan nationals, according to an EU document.

In times of austerity, we are also concerned by the significant amounts of financial and human resources mobilised for such poor EU-wide results. The populist rationale of such operations is highlighted by the fact that the official communication around them does not take into account their real impact on European economies: for two weeks, thousands of migrants do not go to work for fear of being controlled and have even less access to health support, further impeding on their ability to sustain themselves and their families. All this has a cost for European economies, which is not compensated by any of these security measures. It’s a lose-lose approach, heavy on the tax-payer’s money.

“Instead of favouring a security agenda at all costs, the EU should focus on respecting the human rights of migrants and refrain from fuelling xenophobic sentiments”, said Sarah Isal, ENAR Chair. “The results of the European elections have shown the dangers of tacitly encouraging negative discourses about migrants. We call on the European Commission to undertake an in-depth fundamental rights and cost-benefit impact assessment of this operation.”

Notes to the editor:
1. The European Network Against Racism (ENAR aisbl) stands up against racism and discrimination and advocates for equality and solidarity for all in Europe. We connect local and national anti-racist NGOs throughout Europe and act as an interface between our member organisations and the European institutions. We voice the concerns of ethnic and religious minorities in European and national policy debates.