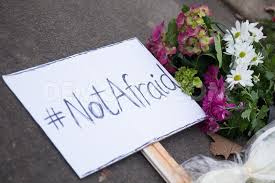 Terror attacks in Copenhagen call for inclusive commitments against hatred

Brussels, 16 February 2015 – The European Network Against Racism (ENAR) strongly condemns the deadly shootings in Copenhagen, Denmark this weekend, which took place in front of a synagogue and a café holding a debate on free speech.

This double attack against both the Jewish community and freedom of expression is reminiscent of the January terror attacks in Paris. It highlights once again the need for political leaders to commit to curbing anti-Semitism and all forms of racism in European society, and not only focus on short-term security measures.

Public authorities across Europe must take concrete measures to prevent such acts of hatred without stigmatising and polarising any community. Equality and non-discrimination standards must be complemented by specific policy strategies to address all forms of racism, including anti-Semitism. Resources should also be set aside for cross-community and community-led initiatives and actions to foster social inclusion and mutual understanding.

ENAR Chair Sarah Isal said: “This most recent tragic event shows the European dimension of the issue and the need for a European-wide response. How many more deaths before we start tackling the root causes of intolerance and violence? It’s becoming increasingly obvious that security alone will not be enough to break the vicious circle of exclusion, mutual fear and suspicion. More long-term investment in non-discrimination, education and employment policies is crucial.”