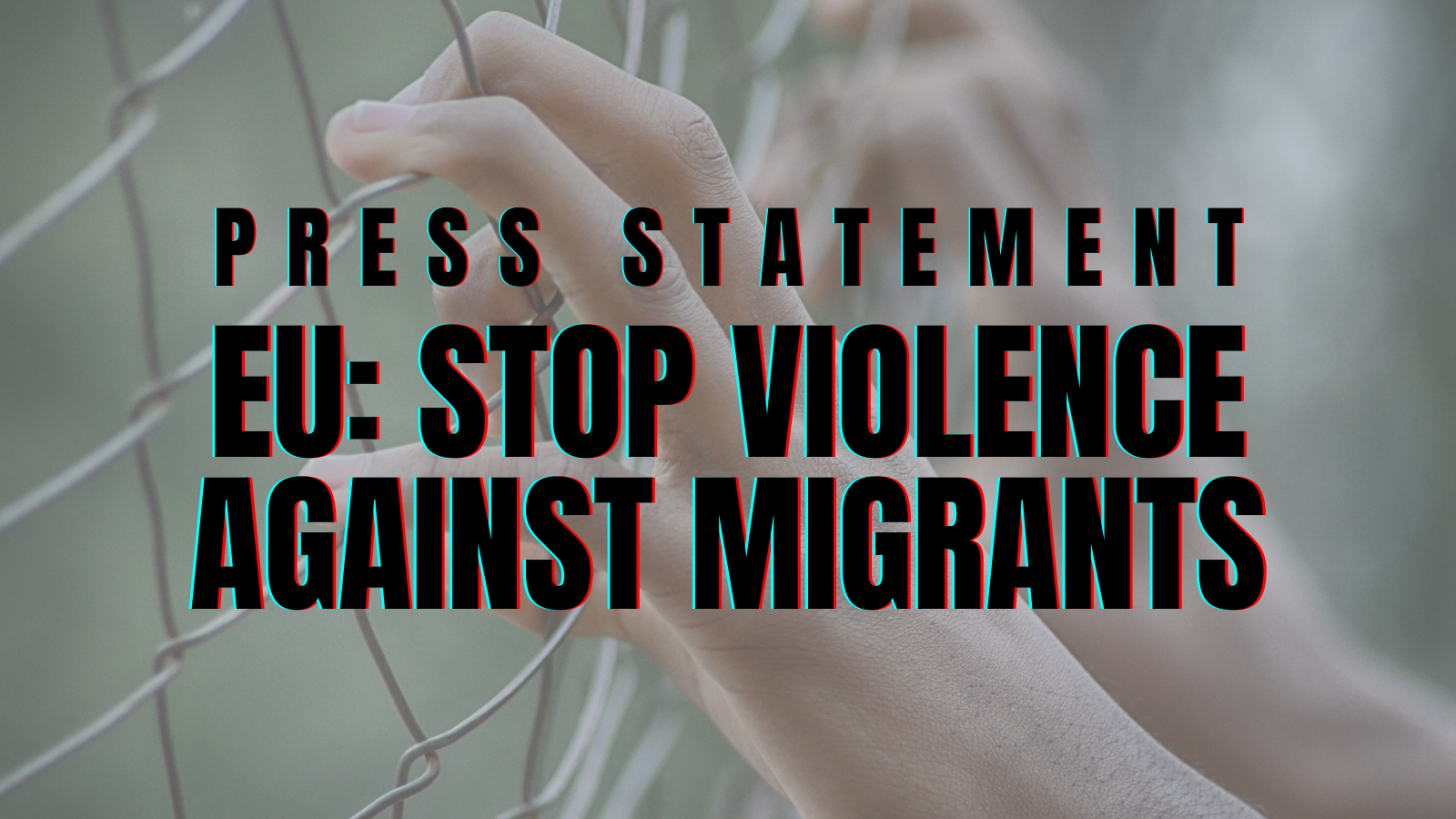 Brussels, 14 October 2021 – In a new attack against migrants, Ministers of 12 Member States call for tougher border measures against migrants. ENAR responds and calls for EU accountability.

In response to the letter, the European Network Against Racism calls out this latest attempt by Member States to further legitimise violence against migrants. Europe has common rules to control the borders, and the European Commission plays an important role to safeguard fundamental rights compliance. However, with the reality being that violence against migrants is only escalating across Europe, ENAR slams the lack of EU accountability on policies and on Member States’ violent practices that contribute to the dehumanisation and criminalisation of irregular migrants.

Karen Taylor, Chair of the ENAR Board, said: “We know that many of the Member States backing this initiative are already perpetrating violence, and even torture, against migrants during forced return operations, in detention, and illegal collective expulsions. Meanwhile Member States fail to protect migrants under the need of international protection. We are deeply worried that these efforts to tighten border measures will only dehumanise migrants further and legitimise continued violence against them.”

Member States and Frontex, the European Border and Coast Guard Agency, have a responsibility to ensure human rights compliance at the borders. Alarmingly, there have been persistent reports of dehumanising treatment and pushbacks, which consistently abrogates migrants of their right to asylum and immediate protection, and indicates that border control operations are not in line with European fundamental rights. Furthermore, these practices are not aligned with the compromise of the EU Action Plan Against Racism to combat institutional discrimination.

Juliana Wahlgren, ENAR’s Acting Director and Senior Advocacy Officer, stated: “Bulgaria has been a main entry point to Europe and the EU. However, according to ENAR’s upcoming report on Police Brutality, there has been a 90% decline in demands from asylum seekers between 2015 and 2017. These reductions are due to stricter border control use of fences and policies such as detentions, including for minors. A number of asylum seekers have declared being unlawfully detained, beaten and robbed by the police officials as well as by local gang groups. This is just the tip of the iceberg and stricter border rules and Trump-esque walls is only going to make matters worse.”

Karen Taylor concluded: “The European Union claims to champion fundamental human rights and diversity yet turns a blind eye when it comes to the violence and abuse of migrants at our borders. These double standards only reinforce the existing perception that racialised people do not belong in Europe. The EU must do more to protect society’s most vulnerable. EU leaders must publicly condemn such acts of violence and hold Member States accountable.”

The European Network Against Racism (ENAR aisbl) stands against racism and discrimination and advocates equality and solidarity for all in Europe. We connect local and national anti-racist NGOs throughout Europe and voice the concerns of ethnic and religious minorities in European and national policy debates.