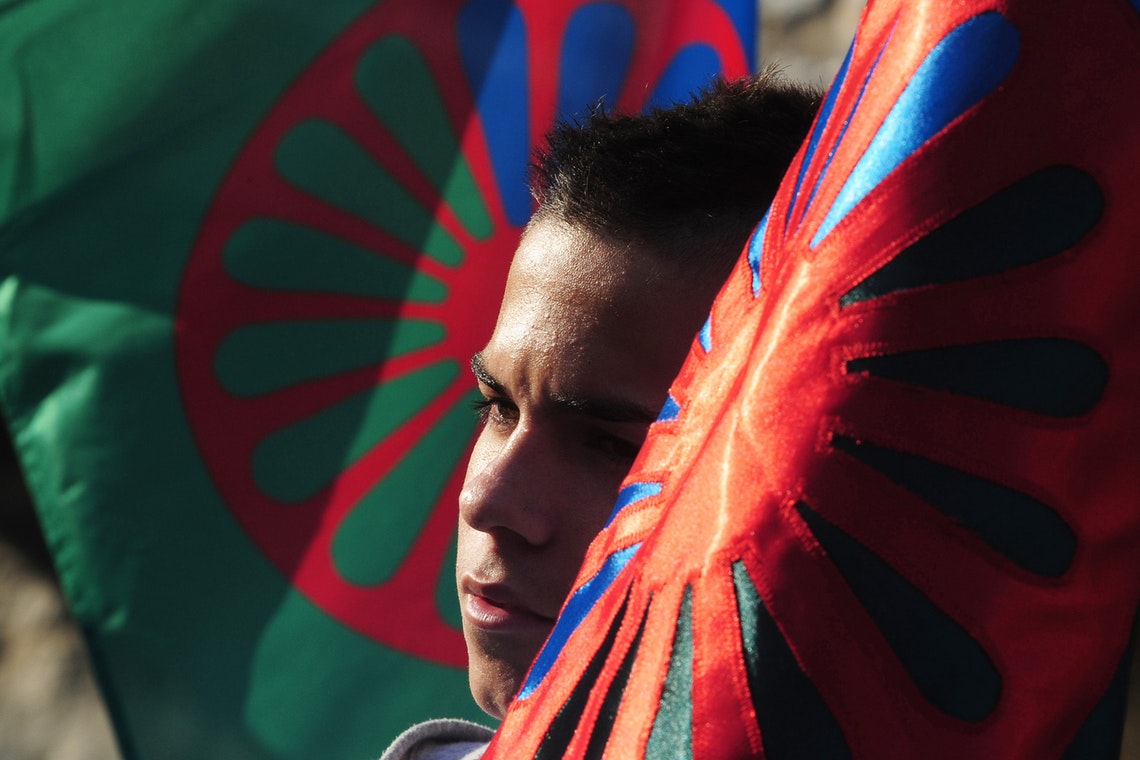 Shedding light on dimensions of antigypsyism in Europe

Now is the time to review the EU Framework for National Roma Integration Strategies. In the last ten years, Romani organisations and their allies have fought for the recognition of antigypsyism as a specific form of racism. In this context, we need to shed light on the multidimensional and complex phenomenon of antigypsyism, and how it affects the lives of Roma and – ultimately – the whole of society.

We live in critical times both for the future of Europe and the future of EU Roma policies. The political use of radical nationalist discourses is being normalised, in particular in the context of Brexit, while Eurosceptic parties have gained power in some major countries. Now is also the time to review the EU Framework for National Roma Integration Strategies. In the last ten years, Romani organisations and their allies have fought for the recognition of antigypsyism as a specific form of racism. In this context, we need to shed light on the multidimensional and complex phenomenon of antigypsyism, and how it affects the lives of Roma and – ultimately – the whole of society. This is what the book “Dimensions of Antigypsyism in Europe” aims to do, bringing together a combination of articles by academics and activists. They provide us critical knowledge, both on how antigypsyism affects access to rights; and how to counter exclusionary and discriminatory political discourses and projects.

Many Romani and other anti-racist organisations are seriously concerned about the wide acceptance of antigypsyism in Europe, even among high level politicians. In October 2018, for example, the president of the European Parliament, Antonio Tajani, shared his concern that a citizenship income discussed in Italy would only “end up in the pockets of Roma”, thus building on one of the oldest and most common stereotypes of Roma as workshy parasites. Earlier in the same year, Czech President Miloš Zeman said that slapping Roma who weren‘t working was a “very humane method” while commenting on work duty in the Communist area, thus dehumanising his fellow citizens of Romani background and using the same stereotype as Tajani. In June 2018, the then Italian Home Secretary Matteo Salvini commented on his plans to compile a register of Roma living in Italy “that unfortunately we‘d have to keep those with Italian passports”. The statement implicitly negates the Italian belonging of these citizens, thus employing the stereotype of everlasting nomads who don’t belong anywhere.

The statements of these politicians are merely a snapshot of the political developments of recent years. It is important to keep in mind that none of the quoted politicians faced massive rebuff, on the contrary, we have to suppose that their electoral success stems from the use of racist remarks. Strategies against antigypsyism have to take into account the fact that this is not a phenomenon only found among extremists. The racist notion of the ‘gypsy’ is common European knowledge, shaped by racialised discourses.

This racialised discourse is the basis on which discrimination, exclusion and persecution are built on. This can be shown by recent events in France. In March 2019, Romani migrants in different locations were attacked on several occasions by large groups of armed attackers, setting cars and housing on fire and injuring some. The attacks were instigated by an online hoax circulating on social networks in France, but also in Germany and the UK, and claiming Roma people were abducting white children, selling them as beggars or for their organs. This is but one example of antigypsyist ideology and stereotypes creating the background for violent attacks. Such discourses enable the rising amount of hate crimes committed against Roma. According to the European Roma Rights Centre, in 2017 and 2018, at least 15 Roma were forcibly killed or died of mistreatment in European countries, many at the hands of police or prison officers. Of those 15 cases, none were treated as a hate crime and charges were brought against the perpetrators in only five cases.

Until now, on many political levels and in different policy frameworks, Romani inclusion has been treated as if there was no opposing force, as if antigypsyism didn’t exist.

The development of the term antigypsyism in scholarly and political discourse

‘Antigypsyism’ has gained increasing attention Europe-wide both in political and scholarly fields, even though it remains a controversial term and is unknown in broader public discourse. Different (and complementary) definitions have been produced, with ENAR supporting an initiative of the Alliance against Antigypsyism defining antigypyism as “a historically constructed, persistent complex of customary racism against social groups identified under the stigma ‘gypsy’ or other related terms, and incorporates: 1. Homogenizing and essentializing perception and description of these groups. 2. The attribution of specific characteristics to them. 3. Discriminating social structures and violent practices that emerge against that background, which have a degrading and ostracizing effect and which reproduce structural disadvantages”. [[The debate about the term is still ongoing. Arguments for and against the term are documented in the book “Dimensions of Antigypsyism in Europe”.]] At EU level, there have been salient commitments to antigypsyism, at least at the discourse level, although policies and funding initiatives have not come through yet. [[See European Union Agency for Fundamental Rights. 2018. A persisting concern: anti-Gypsyism as a barrier to Roma inclusion. Available at: http://fra.europa.eu/sites/default/files/fra_uploads/fra-2018-anti-gypsyism-barrier-roma-inclusion_en.pdf; European Parliament Resolution of 25 October 2017 on fundamental rights aspects in Roma integration in the EU: fighting anti-Gypsyism. Available at: http://www.europarl.europa.eu/sides/getDoc.do?pubRef=-//EP//TEXT+TA+P8-TA-2017-0413+0+DOC+XML+V0//EN. ]] Until now, on many political levels and in different policy frameworks, Romani inclusion has been treated as if there was no opposing force, as if antigypsyism didn’t exist. The deprived socio-economic situation many Roma face has either been explained on the basis of “deviant” Romani traditions or as a mere “social emergency” issue. No mention of antigypsysim as a deeply rooted, persistent and structural force of exclusion.

A “paradigm shift” from a social inclusion approach to a comprehensive anti-racist approach is needed. A focus on the fight against antigypsyism would produce considerably differing approaches to Romani inclusion. [[Mirga-Kruszelnicka, Anna. 2017. Revisiting the EU Roma framework. Assessing the European dimension for the post-2020 future. Policy paper. Brussels: Open Society European Policy Institute. Available at: https://www.opensocietyfoundations.org/publications/revisiting-eu-roma-framework-assessing-european-dimension-post-2020-future.]] If antigypsyism is understood as a major problem of European mainstream societies, then it becomes clear that Roma social inclusion remains illusory unless antigypsyism is addressed on all levels. The idea that Roma themselves would be responsible for the racism they face is still prevalent in European politics but has to be analysed as a product of antigypyist ideology combined with neoliberal structural racism. It is important to acknowledge that discrimination of Romani people is an ongoing and widespread phenomenon until today; in many cases this situation can be described as institutional or even state racism.

Many Romani and other anti-racist organisations have been fighting against antigypsyism for decades. Their struggles to realise Roma Rights provide us critical knowledge, both on how antigypsyism affects access to fundamental rights; and how to counter exclusionary and discriminatory political discourses and projects. There are many ongoing discussions on how to tackle this complex phenomenon. Among many different opinions, there is one consensus: it doesn’t help to address the effects of antigypsyism if antigypsyism itself is not addressed at all.

Even though there are strategies in place that have made an impact in the fight against antigypsyism, we have to admit that on a broader scale there is not much cause for optimism at the moment. Even though antigypsyism as a social phenomenon is slowly starting to be recognised in the political realm, on national and European level as well as in mainstream societies’ discourse, the growth and spread of ethno-nationalist and racist movements all over Europe poses a real danger. If we do not defend the intellectual and social achievements reached during the last years – among others thanks to the work of Romani rights activists across Europe – against these threats, antigypsyism is set to continue shaping European political discourses and practices on a broad scale; and thus negatively impact on the lives of Roma and other groups and people experiencing antigypsyism.

Dr Ismael Cortés is a Roma activist, cultural theorist and philosopher based in Spain. Dr Markus End works at the Center for Research on Antisemitism at the Technical University of Berlin and is the chair of the Society for the Research of Antigypsyism in Germany. They are the editors of the book “Dimensions of Antigypsyism in Europe, published by the European Network Against Racism and the Central Council of German Sinti and Roma.