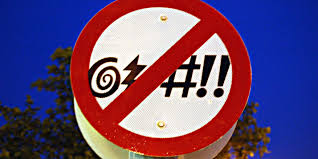 The European Network Against Racism (ENAR) welcomes the official condemnation of Romania’s President Traian Basescu for making racist remarks against the Roma. Despite the symbolic fine of 130€ (600 lei), it shows that everybody, even high-level political figures, can and should be held accountable for hate speech.

The National Council for Combating Discrimination, Romania’s anti-discrimination body, fined Romania’s President on 10 February for saying “very few Roma want to work” and “traditionally many of them live off stealing”, during a 2010 news conference in Slovenia. It initially declined to take the case because the comments were made outside Romania. However, the Supreme Court ordered the Council to investigate the controversial statement. ENAR Chair Sarah Isal said: “This is a positive and courageous decision, in particular because stigmatising comments have a particularly damaging impact when they are made by politicians. Romania’s judicial system is not afraid of condemning high-level politicians for hate speech, something other European countries should take example on.” “If we were in President Basescu’s shoes, we would consider our ability to represent all Romanians after such a judicial decision and draw a logical conclusion: step down. More than anyone else, he has the duty to represent the whole population of his country without discrimination.” For further information, contact: Georgina Siklossy, Communication and Press Officer Tel: +32 (0)2 229 35 70 – E-mail: georgina@enar-eu.org – Website: www.enar-eu.org Notes to the editor: The European Network Against Racism (ENAR aisbl) is the voice of the anti-racist movement in Europe. We are a network of 150 NGOs across Europe which stands up against racism and discrimination and advocates for equality in European and national policy debates.