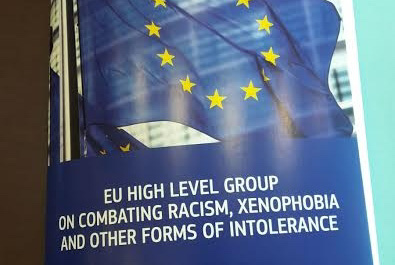 Review of EU High Level Group Against Racism: an opportunity to deepen the approach to equality in the EU

Today and tomorrow, representatives of the European Commission, of national Ministries of Justice and Interior, and of civil society organisations are meeting in Vienna for the 6th Meeting of the EU High Level Group on combating racism, xenophobia and other forms of intolerance.

The European Network Against Racism welcomes this High Level Group meeting which aims to both take stock of the group’s collective progress and explore next steps in the group’s future. Ahead of the European elections in 2019, it is more important than ever to find the right processes and structures to address rising levels of hate motivated discourses, violence and discrimination.

This high level meeting on racism in Vienna co-organised by the Austrian presidency is a case in point of how the EU’s lack of strong political stance against racism can lead to disconnection with the reality on the ground. This situation is fundamentally different from 2000 when the arrival of the Freedom party (FPÖ) to power led to EU sanctions and strong political reactions. EU Commissioners’ and other Heads of States’ current silence over political discourse emboldening racist policies and practices is both a cause and a consequence of the normalization of racism in mainstream European politics.

An overarching concern is the European Commission’s lack of recognition of the impact of structural racism and racist political discourse on individual acts of hate crime and discrimination. The High-level Group on combating racism must be a space to reflect upon the role of State officials and institutions to embolden and protect racist acts – beyond the individual dimension of racism.

In Austria, ENAR has been particularly concerned over:
– the FPÖ – a party created by former Nazis after the Second World War – entering the ruling coalition over shared anti-migrant and anti-Muslim positions with the centre-right party;
– Ministry of the Interior officials’ instructions to ethnically profile individuals in suspect descriptions to the media;
– restrictive migration policies where returns of migrants are prioritized over respect for human rights, prompting the UN to dispatch a team to monitor developments in this area;
– Islamophobic and Antisemitic discourses and policies including a proposal to register halal and kosher meat eaters

Read ENAR’s policy statement: Review of EU High Level Group Against Racism: an opportunity to deepen the approach to equality in the EU