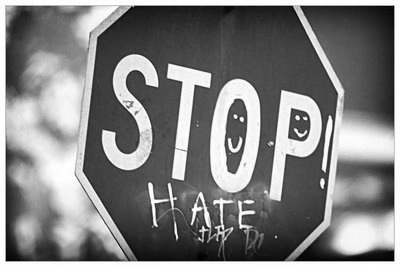 Anti-racism groups from across Europe sent an open letter to Italian authorities to call for action against the far-right political party Forza Nuova for circulating a poster using fascist imagery and fuelling xenophobic and Afrophobic violence.

We, the undersigned, are writing to express our deep concern regarding a poster circulated by Forza Nuova which fuels xenophobic and Afrophobic violence. The poster amounts to clear incitement to violence, racial hatred, as well as glorification of fascism. We urge you to support appropriate criminal procedures against the party leadership and to sanction racist and xenophobic rhetoric and imagery in the future.

The poster incites to racial hatred by picturing a stereotyped image of a Black man abusing a White woman. The text – that reads ‘protect her from the invaders. It could be your mother wife, sister, daughter’- is an incitement to violence. It impinges directly on the rights of People of African descent, as well as migrants and people perceived as such. The poster is in breach of both Italian Act 205 of 25 June 1993 (Mancino Act)[[According to the Article 1, it is a crime to “propagate ideas based on racial superiority or racial or ethnic hatred, or to instigate to commit or commit acts of discrimination for racial, ethnic, national or religious motives”, which is punishable by up to 3 years in prison; and to “instigate in any way or commit violence or acts of provocation to violence for racist, ethnic, national or religious motives”.]] and of the EU Framework Decision on combating racism and xenophobia by means of criminal law.[[Article 1 para.1 a punishes “[publicly] inciting to violence or hatred directed against a group of persons or a member of such a group defined by reference to race, colour, religion, descent or national or ethnic origin”. ]]

Furthermore, the imagery directly reproduces fascist propaganda and amounts to instigation to and condoning of a crime against humanity, which is in violation of the EU Framework Decision on racism and Xenophobia [[Article 1 para. C sanctions “publicly condoning, denying or grossly trivialising crimes of genocide, crimes against humanity and war crimes as defined in Articles 6, 7 and 8 of the Statute of the Inter­national Criminal Court, directed against a group of persons or a member of such a group defined by reference to race, colour, religion, descent or national or ethnic origin when the conduct is carried out in a manner likely to incite to violence or hatred against such a group or a member of such a group”.]] and of Italian law [[Article 1 and Article 4 of Act No.645/52 (Scelba Act) concerning “provisions relating to the application of the twelfth and final transitional provision (first paragraph) of the Constitution” (Prohibition of the reorganisation of the fascist party). ]], when the latter provides also for the possibility of disbanding groups founded on fascist ideology. This is not the first time that Forza Nuova replicates fascist imagery, and the link between that ideology and acts of violence can be established also in this specific case: recently many people of African descent in Italy have been victims of an increased level of hate speech. Cécile Kyenge, MEP, has herself been on the receiving end of more hatred linked to the poster.

This occurrence is not an isolated case, and it calls again to step up the political will to recognise and to condemn Afrophobia and political hate speech. The European Network Against Racism (ENAR) has repeatedly condemned the rise in racist crime in Italy, such as the racist murder of Emmanuel Chidi Namdi, a 36-year-old Nigerian asylum seeker, in Fermo last year.

This racist poster affects People of African descent in Italy and across Europe. As the Council of Europe Commissioner for Human Rights already noted – including as regards to Italy – racially inflammatory political discourse has devastating effects on the groups targeted and it encourages hostility, discrimination and violence against them. As opinion shapers, politicians and political parties have a significant impact on social cohesion. Hence, they have a special responsibility not to use a language that contributes to fuelling violence and dehumanising minorities.

Therefore we ask that:

– The authorities lodge a complaint to the relevant public prosecutor to initiate legal proceedings against the Forza Nuova leadership in this case for incitement to racial hatred and glorification of fascism
– The authorities take steps to dismantle the party Forza Nuova as a group founded on fascist ideology
– The authorities take steps to establish an obligation to suppress public financing of organisations which promote racism, including public financing of political parties, as recommended in ECRI’s General Policy recommendation N. 7. Such obligation already exists in the Netherlands and in Belgium.
– The authorities amend the law according to the recommendations of the Council of Europe Commission against Racism and Intolerance (ECRI) to re-establish adequate sanctions in cases of incitement to discrimination and violence. The current law only refers to propagating ideas rather than ‘public dissemination or distribution of tracts, pictures or other material inciting to violence or hatred’, as per EU and international law recommends. Colour is also not included as a ground of discrimination. In that regard, the draft Law n. S.2900 on the crime of propaganda of the fascist regime could be a way to close these gaps.
– Political parties adopt effective self-regulatory measures in order to counter and sanction racist and xenophobic rhetoric by their elected members, as recommended by ECRI’s declaration on the use of racist, anti-Semitic and xenophobic elements in political discourse.
– The authorities ensure UNAR’s full independence and extend its mandate, granting it the right to bring legal proceedings as recommended in ECRI’s 5th report on Italy.
– The authorities ensure that there are training modules delivered on unconscious biases, racism and discrimination including hate speech, to be delivered as part of in human rights education programs in schools, public bodies and beyond.

We trust that we can start a constructive dialogue in order to address the issues highlighted in this letter, and we remain available to provide any support in this process.

We look forward to receiving your reply.