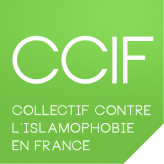 This brief highlights key elements about the concerning situation in France regarding structural racism and the threats to civil society organisations defending fundamental rights.

In October 2020, the French government announced plans to shut down a leading human rights organisation, the Collective against Islamophobia in France. This is the first time in ENAR history that one of our members is threatened to be dissolved. CCIF is a recognised organisation specialised in supporting victims of anti-Muslim hatred and fighting against structural racism. Civil society organisations like CCIF are essential in a democratic society, especially as they defend a highly discriminated group. If the French government wants to curb terrorism, it cannot conflate it with the policing and criminalisation of Muslims and those who defend their fundamental rights. Several months after the Europe-wide anti-racism protests and adoption of the new EU anti-racism action plan, EU institutions and Member States need to take steps against threats to silence civil society. For more information, please contact Julie Pascoet, Senior advocacy officer, julie@enar-eu.org