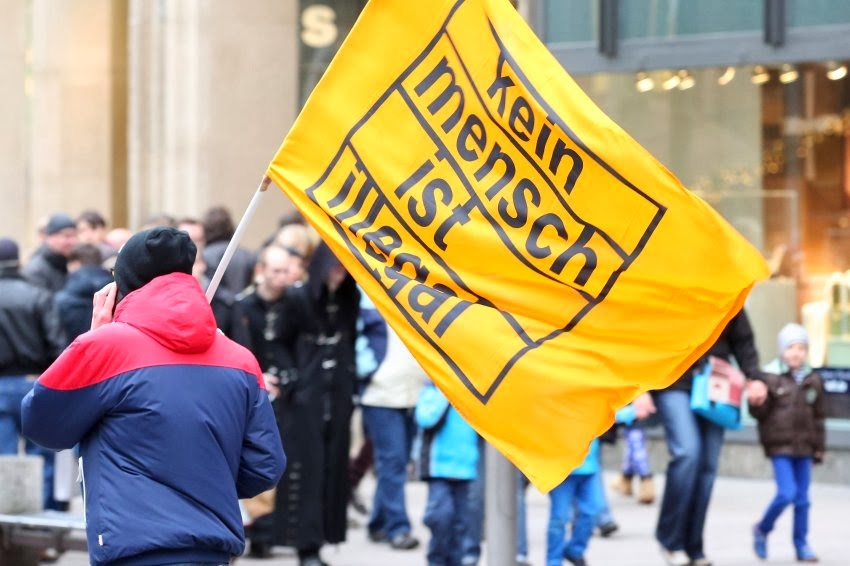 The European Network Against Racism (ENAR) condemns the eviction by police forces of 250 asylum seekers and Roma from a former school building in Berlin, Germany, in which they have been living for one and a half years. The eviction started on 24 June and is ongoing.

While the living conditions in the school have been more than inadequate, it has become a place of self-organized political protest for refugees and enables them to break the isolation of migrant retention and detention centres.

ENAR stands in solidarity with this protest, which opposes laws that restrict the movement of asylum seekers and their access to the labour market in Germany, in clear contravention of human rights, and demands a stop to deportations of migrants.

We are also concerned about the disproportionate presence of police forces when the eviction started on 24 June – 900 policemen and women, and the use of teargas and water guns. The situation is escalating as 40 refugee activists are occupying the roof of the school and are threatening to kill themselves by jumping off the roof or burning themselves alive if the eviction continues.

Local authorities in Berlin must stop this forced eviction and reconsider the inhabitants’ right to stay according to German asylum law (§23). They should also provide adequate access to the labour market and to housing facilities.

This is not an isolated situation. Migrants across Europe are being stigmatized and criminalized, are confronted with structural and institutional discrimination and are denied their human rights. Politicians need to take their responsibilities and ensure that the fundamental rights of migrants and asylum seekers are respected.