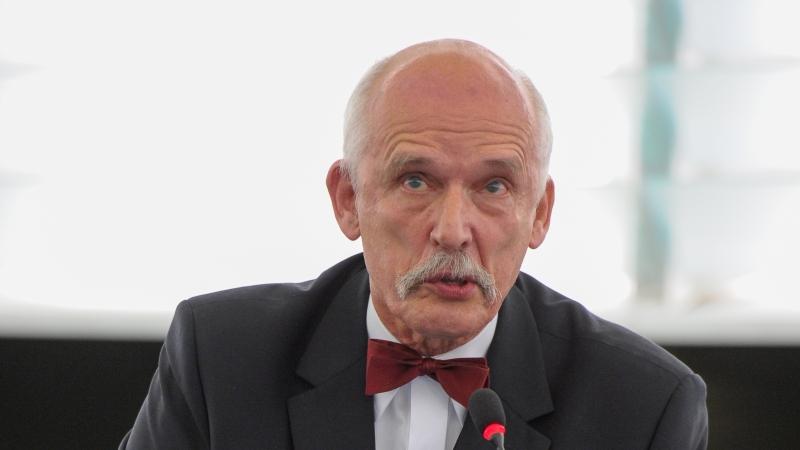 Polish far-right MEP blasted for use of ‘racist’ language

Following Wednesday’s debate on youth unemployment, MEPs call on far-right politician Janusz Korwin-Mikke to “apologise and step down” for using the word “nigger”.

According to the S&D group, during a debate on youth unemployment, Korwin-Mikke is accused of referring to black people on several occasions as “niggers”, stating the “minimum wage should be destroyed as we would be treating 20 million young Europeans like niggers”.

Former Italian immigration minister and black MEP Cécile Kyenge Kashetu strongly condemned the Polish MEP’s remarks, saying, “What Mr Korwin-Mikke has preached did not only offend those who have a different skin colour, but everyone who is inspired by European values of dignity and equality.”

“What Mr Korwin-Mikke has preached did not only offend those who have a different skin colour, but everyone who is inspired by European values of dignity and equality” – Cécile Kyenge Kashetu

Newly appointed chair of parliament’s civil liberties, justice and home affairs committee Claude Moraes called for immediate action to be taken against the far-right MEP, stressing, “What we heard… were statements which were deeply unacceptable and we call for appropriate actions to be taken.” In addition, S&D group vice-president Jörg Leichtfried urged Korwin-Mikke “to apologise and stand down from his mandate”.

Parliament president Martin Schulz also responded, saying, “I have thoroughly read the intervention of MEP Janusz Korwin-Mikke. I find his language derogatory, racist and running contrary to the values and principles laid down in the basic texts on which the EU is founded.”

“I find [Korwinn-Mikke’s] language derogatory, racist and running contrary to the values and principles laid down in the basic texts on which the EU is founded” – Martin Schulz

Schulz also announced that under the parliament’s rules of procedure concerning MEPs’ behaviour, he has requested a meeting with Korwin-Mikke to hear his side before taking any action.

The Polish representative could face stiff financial penalties if the parliament finds him guilty of using racist language. Former UKIP MEP Godfrey Bloom was fined seven days’ worth of parliamentary allowances for singing “Ein Volk, ein Reich, ein Führer” in parliament’s chamber, while fellow UKIP deputy and leader of the EFDD group Nigel Farage was fined €3000 for describing EU council president Herman Van Rompuy as having the “charisma of a damp rag and the appearance of a low grade bank clerk”, during a debate with the Belgian official.

But Korwin-Mikke strongly refuted the accusations that he used racist language. When asked to comment by this magazine, he responded, “I used the word ‘negro’ and I do not see anything wrong in calling a negro a negro.”

He further added “Using the word ‘nigger’ would be nonsense as my aim was to parody the phrase, ‘Woman is a negro of the world’,” a reference to a John Lennon and Yoko Ono song. The non-attached member also blamed his English for use of the word negro, saying, “my pronunciation is perhaps not the best also I have an earache”.

In an email sent to all MEPs in the European parliament, rather than being apologetic for his use of racist language, Korwin-Mikke complained that the parliament vice-president presiding over the debate should have pacified the protests from other MEPs who drowned out the rest of his statement to plenary. “I demand a serious public apology from the persons responsible for this awkward incident because my personal reputation is at stake.” He defended using the word negro, saying that he learnt his English by reading books written by Mark Twain who regularly uses the word.

“During a meeting for new members of the European parliament, on Friday last week at the foreign ministry building in Warsaw, Janusz Korwin-Mikke slapped me in the face” – Michał Boni

However, the far-right MEP is no stranger to controversy, with Polish EPP deputy Michał Boni confirming recent reports that he was assaulted by Korwin-Mikke. “During a meeting for new members of the European parliament, on Friday last week at the foreign ministry building in Warsaw, Janusz Korwin-Mikke slapped me in the face. Prosecutors were informed about the incident by the ministry of foreign affairs,” Boni told this magazine.

Other controversial on the record statements attributed to the far-right MEP include: Hitler was not aware of the Holocaust; Women cannot be too intelligent – it is ensured by the mechanism of natural evolution. He has also called for the introduction of apartheid in Europe, and in reference to rape said, “women always put up some resistance and it is normal”.

There was also condemnation from outside the parliament. Michael Privot, director of the European network against racism (ENAR), told this magazine, “We’ve barely entered the third week of the new EP term and we have already witnessed an outrageous expression by Mr Korwin-Mikke, MEP, who shamelessly used the much defamed n-word in an address to his colleagues. Not only does he show disrespect towards millions of black Europeans and people of African descent living in Europe, but also his colleagues sitting in the EP.”

“If some MEPs are stuck with 19th century references, it is imperative that the internal rules of the parliament are amended to forbid and condemn the use of derogatory and racist terms” – Michael Pivot

Privot was unimpressed by Korwin-Mikke’s defence of using language written by Mark Twain. “If some MEPs are stuck with 19th century references, it is imperative that the internal rules of the parliament are amended to forbid and condemn the use of derogatory and racist terms.”

With a higher number of far-right MEPs being elected to this parliament, Privot called for a strong anti-racist intergroup to “support the parliament to live up to its status as the epitome of respect and the embodiment of fundamental rights in Europe founded on unity in diversity”. 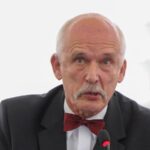