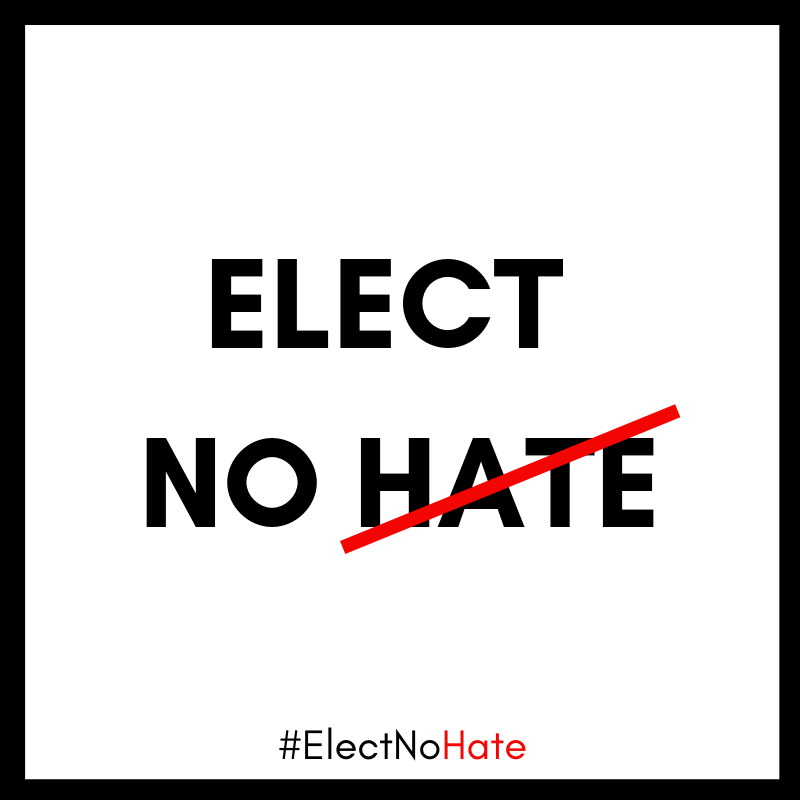 #ElectNoHate appeal: For an EU election campaign free from intolerance and discrimination

ENAR and 21 other civil society organisations and unions have launched #ElectNoHate, a joint call for EU elections campaigning free from hate speech and divisive rhetoric, which legitimise hateful actions and pose a threat to human rights. MEP candidates, politicians, the media and those in the public eye are asked not only to avoid engaging in, or amplifying, rhetoric that may incite discrimination, prejudice or hatred on any grounds, but also to actively counter it. 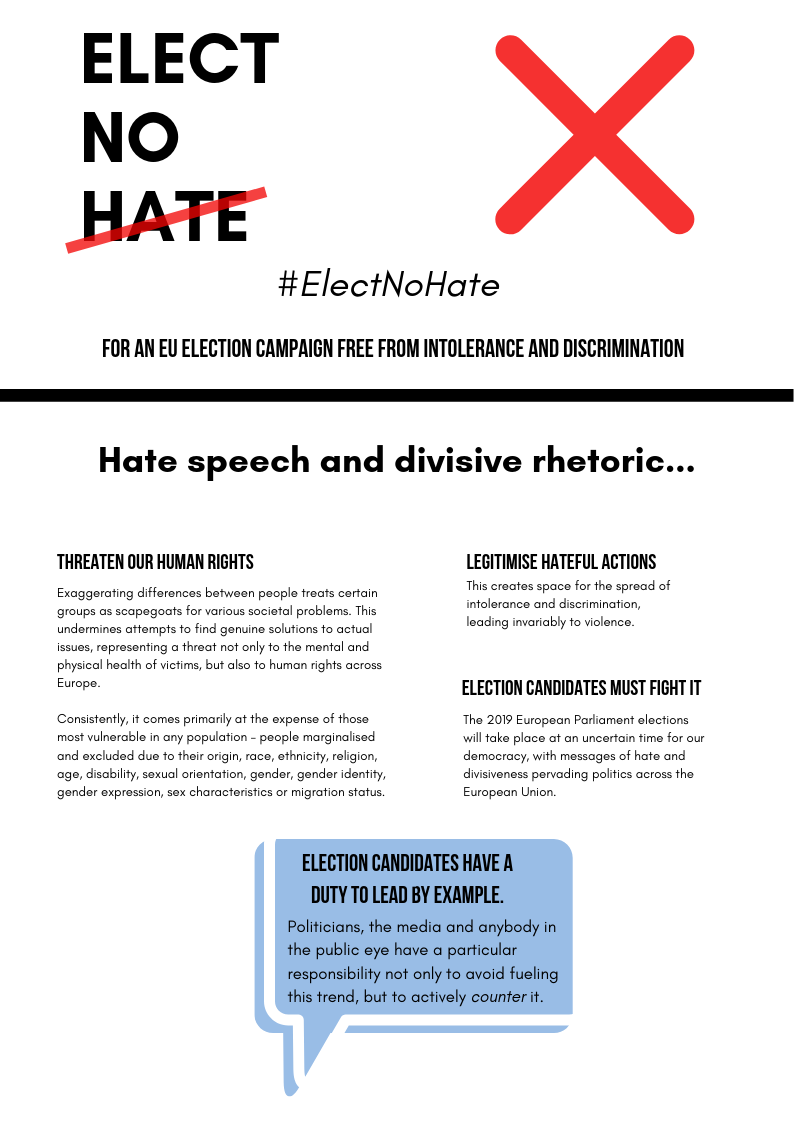 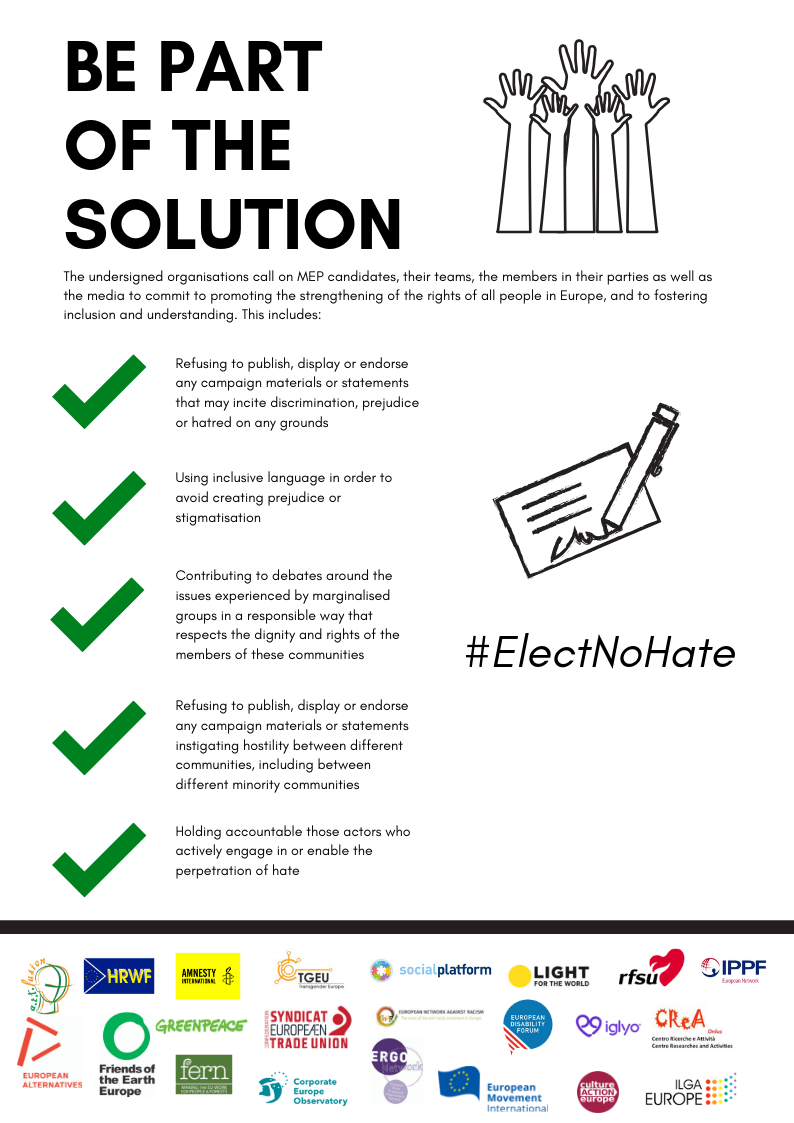 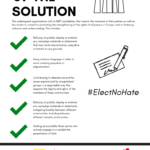 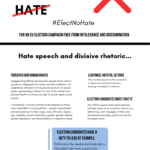