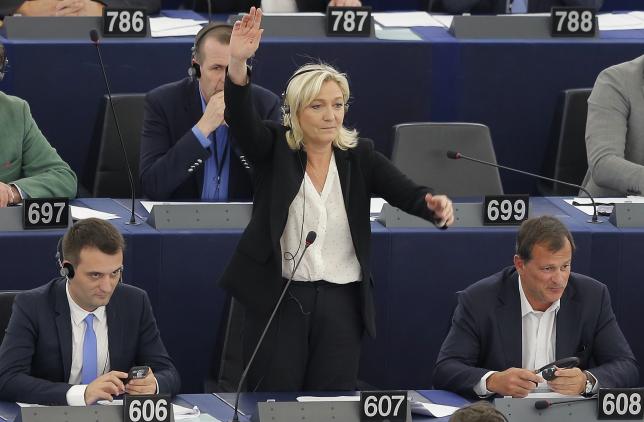 New far-right group in the European Parliament: a worrying development

Brussels, 16 June 2015 – The European Network Against Racism (ENAR) is deeply concerned by the creation of a new far-right political group in the European Parliament, the Europe of Nations and Freedoms, announced today. It includes the French Front National, the Dutch PVV, the Italian Lega Nord and the Belgian Vlaams Belang, all parties with racist discourses and programmes.

For example, Geert Wilders of the PVV incited to hatred earlier this year by asking the audience at a conference: “Do you want more or less Moroccans in this city and this country?”. Anti-Semitic statements are made regularly by Front National politicians, despite Marine Le Pen’s attempts to rid the party of its anti-Semitic image.

The establishment of the group will entitle them to receive a considerable amount of public EU taxpayers’ money and give them more political influence, including the possibility to chair committees.

The growing influence of parties propagating xenophobic and racist ideas and policies in the European Parliament runs the risk of jeopardising the adoption of progressive measures to reduce inequalities. Even if these political groups would face a majority opposition, this could prevent, or at least considerably delay, the adoption of progressive policies and laws, especially in the field of migration and equality.

Funding of European political parties is subject to abiding by the principles of liberty, democracy, respect for human rights and fundamental freedoms, and the rule of law, but there are no such rules for political groups. We call on the European Parliament to establish similar rules for political groups, including on incitement to hatred, and to ensure this rule is enforced if the new group applies for funding for its linked pan-European political party.

ENAR Chair Sarah Isal said: “A political group including MEPs who regularly incite to hatred in their discourses is now allowed to become a legitimate political voice supported by tax payers’ money. This should set alarm bells ringing for mainstream parties to finally end the escalation of toxic narratives. We need clear rules for all political groups to address the current loopholes.”

Notes to the editor:
1. The European Network Against Racism (ENAR aisbl) stands against racism and discrimination and advocates equality and solidarity for all in Europe. We connect local and national anti-racist NGOs throughout Europe and voice the concerns of ethnic and religious minorities in European and national policy debates.
2. According to European Parliament rules, there need to be at least 25 MEPs from seven different Member States for a political group to be formed. See: http://www.europarl.europa.eu/aboutparliament/en/007f2537e0/Political-groups.html