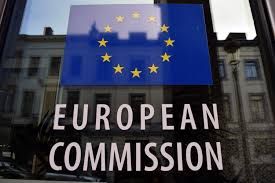 Brussels, 12 July 2019 – Ahead of the European Parliament’s vote on the nominated President of the European Commission, Ursula von der Leyen, on 16 July, the European Network Against Racism (ENAR) highlights the need for urgent action to combat racism in the European Union.

Karen Taylor, Chair of the European Network Against Racism, said: “In a time of rising racist violence, persistent discrimination and racial inequality, the European Commission President must have a stronger, more public commitment to address racism and work toward a safer, more equal Europe for all. Respect for human dignity and human rights, equality and the rule of law are increasingly under threat in Europe – now more than ever, we need European Union leaders to uphold these fundamental values.”

This means prioritising anti-racism and discrimination policies, a clear commitment to hold Member States to account for breaches of EU laws to combat racist crime and discrimination, and improving racial diversity within the European Commission staff and leadership.

Notes to editors:
1. The European Network Against Racism (ENAR aisbl) stands against racism and discrimination and advocates equality and solidarity for all in Europe. We connect local and national anti-racist NGOs throughout Europe and voice the concerns of ethnic and religious minorities in European and national policy debates.