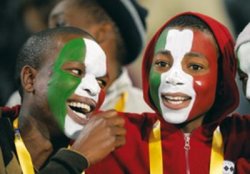 On 13 October 2015, exactly one year ago, the Italian Chamber of Deputies approved a proposal to amend the Italian citizenship law n.91/1992, which would enable migrant children born and raised in Italy to become Italian citizens. One year later, the draft law has still not been adopted and discussions in the Constitutional Affairs Committee have not even started. A swift adoption of this draft law would allow almost one million minors, who are de facto Italian, to become Italian by law.

The “L’Italia sono anch’io” (I am Italy too) campaign supports and joins the flash mob initiative organized on 13 October by the Italiani senza cittadinanza groups of Naples, Padua, Palermo, Reggio Emilia and Rome, asking the Senate to schedules discussions on the law reform. A change in Citizenship Law can no longer wait.

– Read the press statement – in Italian

– More about the flash mob