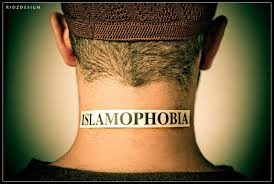 Ezra, 84 years old, violently attacked in the street because she wears a headscarf; Paula, 25 years old, not allowed to accompany her children to school because she looks Muslim; Youssef, controlled 5 times per week by the police; Cemil, refused a permanent contract by his employer for the last 14 years. These are real and recent examples that are occurring in the European Union, which is supposed to embody the values of the EU Charter of Fundamental Rights. These people all have one thing in common: they are victims of Islamophobia. Islamophobia – a form a racism targeting individuals or groups on the basis of their real or perceived belonging to the Muslim population – is widespread in many European countries. In France for instance, the Collective Against Islamophobia (CCIF) recorded 691 Islamophobic acts in 2013 (a 47% increase compared to 2012), with women being the primary victims (78% of the total number of incidents). In the United Kingdom, 734 cases were reported to the organisation Tell MAMA between May 2013 and February 2014. Muslims or those perceived to be Muslim suffer from discrimination, stigmatisation and exclusion in all areas of life such as employment, education, vocational training, services and political participation, but also from racist speech and violence, especially on the internet. We call on the EU institutions to publically recognise and condemn Islamophobia as a form of racism. Efforts to fight this phenomenon need support at the highest level, but so far there has been little political will. The EU Fundamental Rights Agency issued a report on discrimination against Muslims in 2009 and reported that on average 1 in 3 Muslim respondents stated that they had experienced discrimination in the past 12 months. However, no further investigation or political action by key European bodies such as the European Parliament and the European Commission have taken place since. A first step would be to mark this European Day Against Islamophobia by publicly condemning this increasing phenomenon in Europe. A second step would be to ensure that EU anti-discrimination laws are actually implemented by Member States and to urgently adopt EU equal treatment legislation which has been stalled in negotiations for the last six years and which would better protect against discrimination against Muslims, among others. For further information, contact: ENAR: Georgina Siklossy, Communication and Press Officer Tel: +32 (0)2 229 35 70 – Mobile: +32 (0)473 490 531 – Email: georgina@enar-eu.org – Web: www.enar-eu.org FEMYSO: Ms. Hajar Al-Kaddo, Press Officer – Email: hajar.alkaddo@femyso.org – Web: www.femyso.org Notes to the editor: 1. The European Day Against Islamophobia, on 21 September, has been initiated this year by the Council of Europe’s ’s No Hate Speech Movement: http://nohate.ext.coe.int/News/European-Action-Day-against-Islamophobia-and-Religious-Intolerance-21-September!