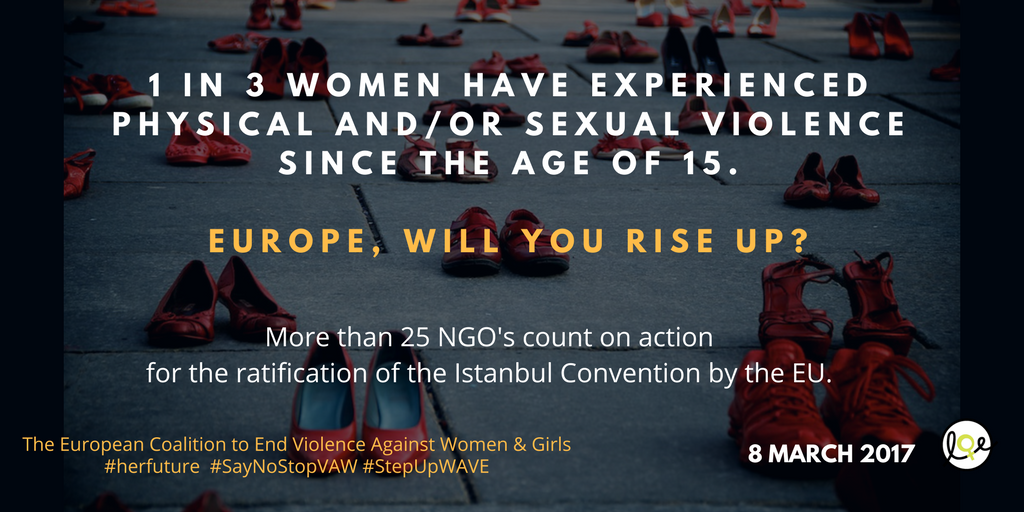 Joint Statement: Violence against women and girls: will Europe rise up in 2017?

Campaigns and Initiatives of the members of the European Coalition to end violence against women and girls:

European wide NGOs engaged in the European Coalition to end violence against women and girls: