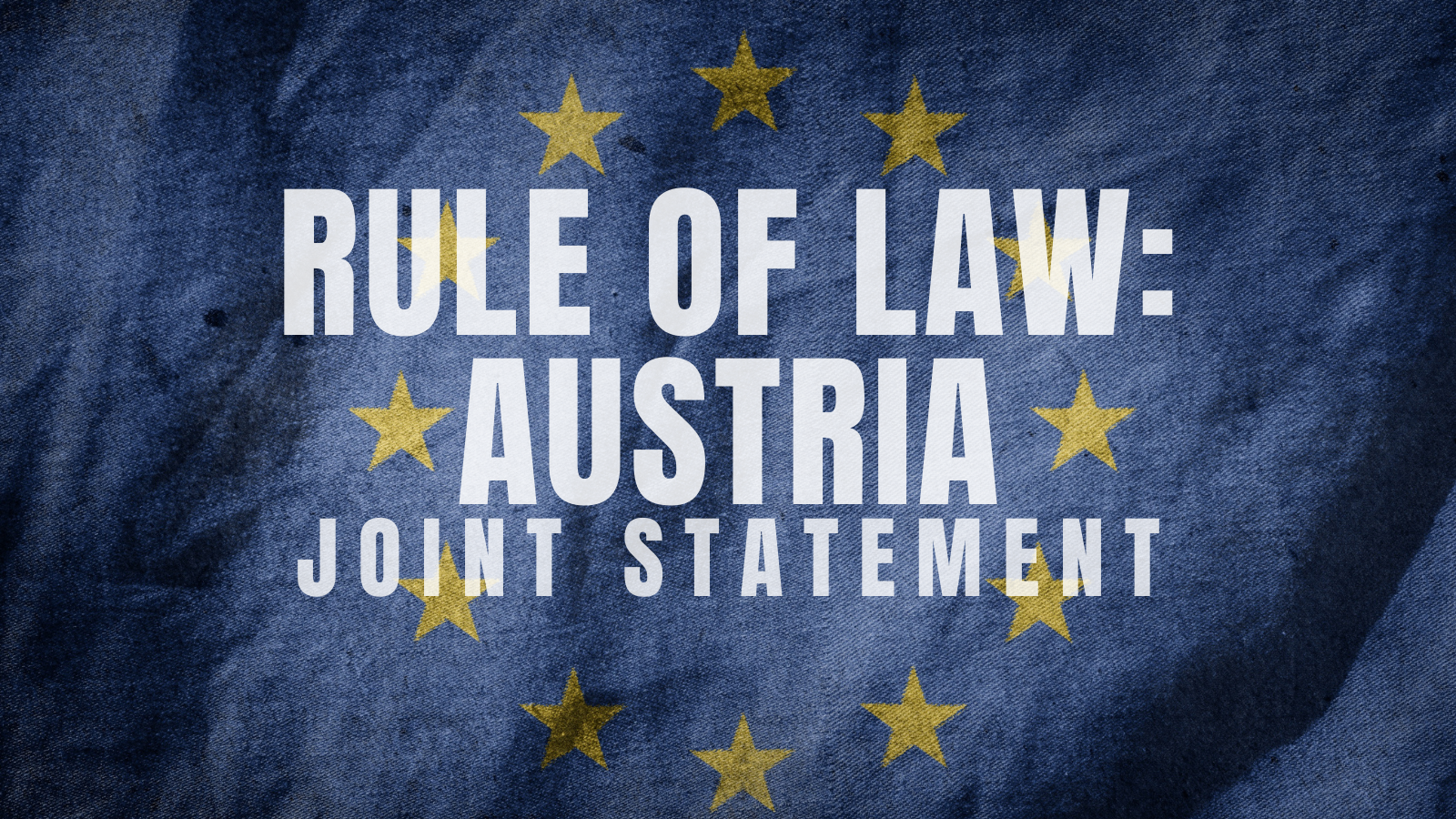 Brussels, 20/07/2021 – CSOs issue a joint statement expressing human rights concerns ahead of the planned amendments to the anti-terrorism laws.

The organizations signing here, are concerned that the planned amendments to the anti-terrorism law (also known as the anti-terrorism package) are not in line with international and European human rights standards on freedom of religion, freedom of expression and freedom of association. Although experts and the final report of the Commission of Inquiry on the terrorist attack of 2.11.2020 do not see any deficit in the existing criminal law, according to the decision in the Council of Ministers on May 14 to reintroduce the § 247b Criminal Code (StGB) offense to criminalize “religiously motivated extremist links” and the associated aggravating circumstance in § 33 StGB “for religiously motivated extremist motives” will be introduced. We, the undersigned, see a violation of the requirement of certainty in the present draft version as well as the principle of proportionality. In addition, we are concerned that the introduction of these facts could have a discriminatory effect. The amendments to the Islam Act and the expansion of the grounds for the revocation of the legal personality of religious communities, mosque communities and religious professional associations are questionable in terms of human rights: the exclusion of a request to remedy the grounds for revocation as a lighter means does not appear necessary. With regard to the planned introduction of an “imam register,” it remains unclear on what legitimate grounds the associated encroachments on the right to freedom of religion are justifed. The measures could also have discriminatory effects on the Islamic religious community and a chilling effect on the exercise of religious freedom. In our view, the measures mentioned here tend to contribute to the criminalization and intimidation of Muslim people, as well as people who are seen as such. A detailed analysis of the measures can be found in the following selected statements: – AMNESTY Österreich Stellungnahme Bundesgesetze Anti Terrorismus Maßnahmen Jan 2021 – European Center for Not-for-Profit Law – Vorstandsmitglieder Liga für Menschenrechte RA MMag. Florian Horn und RA Mag. Muna Duzdar stellungnahme_xxvii_snme_36419_1_volltext.pdf