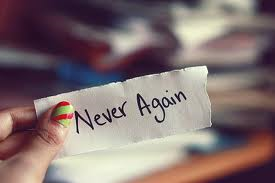 Despite the ‘Never Again’ promise made after the Holocaust, recent research by the European Fundamental Rights Agency shows that there are significant levels of discrimination and hate-motivated violence against Jewish communities in the eight EU countries surveyed (France, Belgium, Germany, Italy, Hungary, Latvia, Sweden and the UK). For example, a majority of survey respondents (66%) regarded anti-Semitism as a major problem in their countries, and 33% of respondents expressed fear they may become victim of physical violence over the next year. In addition, political parties promoting racist and xenophobic discourses which target a variety of ethnic and religious minority groups are becoming increasingly popular. Members of the far-right parties Jobbik in Hungary and Golden Dawn in Greece, including MPs, have denied the Holocaust and have openly incited hatred against Jews, Roma, Muslims, Black Europeans and migrants on repeated occasions. Here in Europe, half a century after the tragedy of the Holocaust and Porajmos/Samudaripen (Roma genocide), Jews, Roma and other minorities are still victims of verbal and physical violence because of who they are. The number of Holocaust survivors, witnesses, by-standers and perpetrators diminishes with each passing year: and so, it seems, do the lessons that Europe swore to learn and never forget. In this context, it is crucial to build strong coalitions between communities like Jews, Muslims, Roma and people of African descent to bolster more effective resistance against hate speech and violence. Full equality for all the groups who struggle to have their rights respected can only be achieved through solidarity; when all groups join forces to advance racial equality and social justice. Intercommunity solidarity is all the more important in view of the upcoming European elections. Showing a united front will counter the rise and appeal of far-right ideas and policies, and prevent these from exploiting stereotypes to polarise communities. ENAR members and other organisations aim to be key brokers of this solidarity-building process. For further information, contact: Georgina Siklossy, ENAR Communication and Press Officer Tel: +32 (0)2 229 35 70 – Mobile: +32 (0)473 490 531 – E-mail: georgina@enar-eu.org – Web: www.enar-eu.org