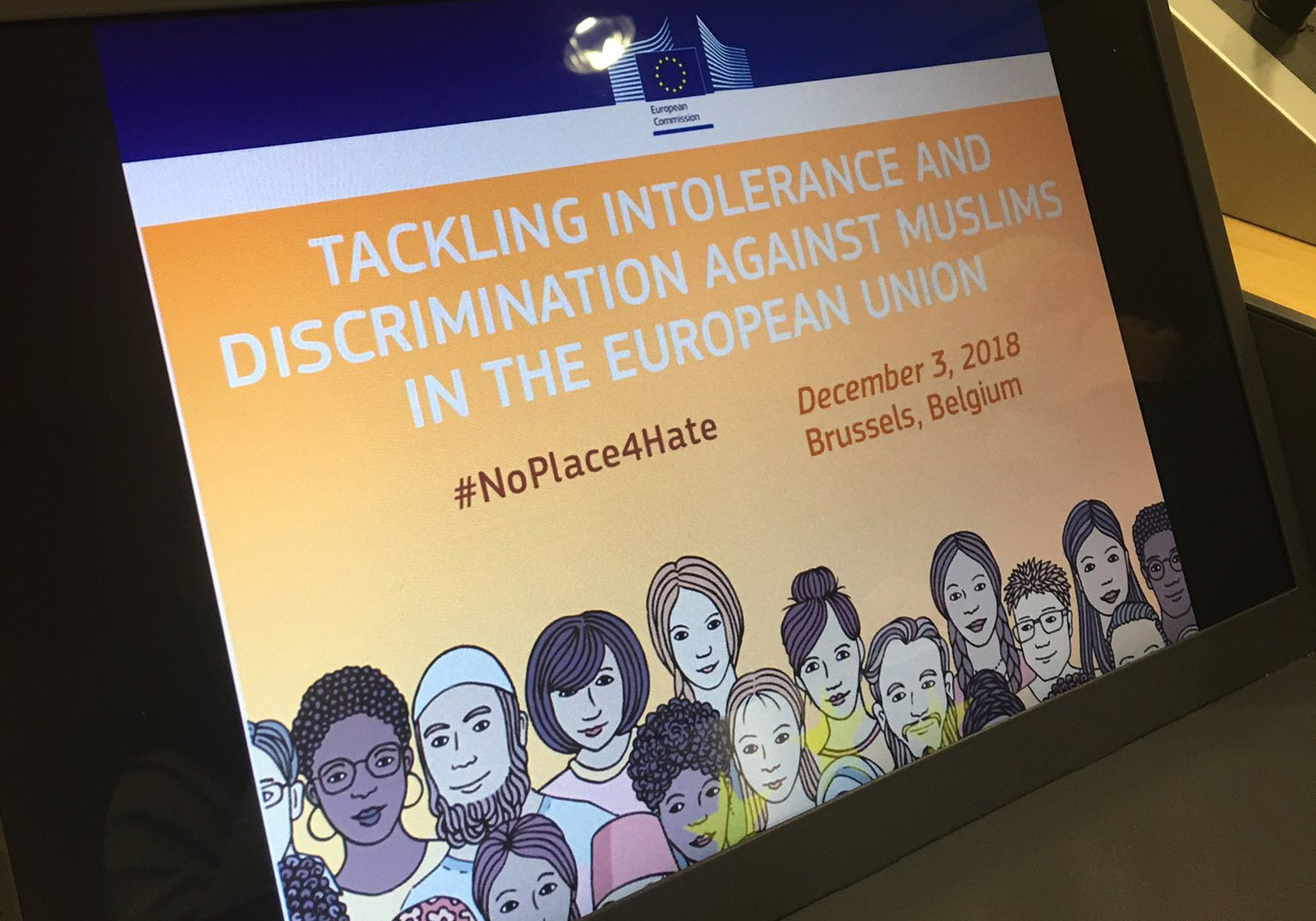 Islamophobia on EU agenda: need for more actions by States

Brussels, 4 December 2018 – Yesterday, the European Commission organised a high-level conference on anti-Muslim hatred, in the presence of Member States representatives and Commissioner Věra Jourová. A coalition of civil society organisations against Islamophobia [[European Network Against Racism, European Network on Religion and Belief, European Forum of Muslim Women, Collective against Islamophobia in Belgium, Lallab, Forum of European Muslim Youth and Student Organisations, Claim – Alliance against islamophobia, Muslim Association of Greece.]] calls on European decision makers to strengthen the institutional recognition and mandate on Islamophobia.

Decision makers still have difficulties understanding Islamophobia as a systemic form of racism in Europe. However, the meeting acknowledged that it threatens full equality and fundamental rights principles and affects the whole of society, and some Member States made commitments to address the issue. Civil society organisations were central in shaping the debate and asking for more accountability from institutions and governments.

There has been increasing recognition and commitment at the European Union level to combating racism against Muslim people in Europe, or those perceived as such. This political commitment must lead to stronger understanding of the issue and concrete recommendations for actions to EU member states.

The current political context makes this all the more urgent. In several EU countries, islamophobic discourses are being used by government representatives and are shaping the way laws and policies are being developed and adopted, but also practices.

Amel Yacef, Chair of the European Network Against Racism (ENAR) said: “This meeting is an important step towards tangible actions to combat Islamophobia. We now expect EU decision makers to keep this issue high on their agenda. Especially at a time when parties using blatant islamophobic rhetoric have come to power in a number of EU countries, they need to send a clear signal that they are committed to ensuring equality and inclusion for all members of society.”

EU Member States must tackle the structural manifestations of anti-Muslim hatred by adopting national policies against racism which include specific measures to counter Islamophobia, including intersectional discrimination targeting Muslim women. They should also ensure that counter-terrorism and counter-radicalisation measures are not discriminatory and respect fundamental rights.

We call on the European Commission and Member States to enable organisations working against Islamophobia to do their work without being delegitimised and having their resources and integrity threatened, as has been the case for several organisations. This not only prevents them from empowering communities and holding governments accountable but also contributes to the generalised suspicion towards Muslims in Europe. Instead, there is a need for meaningful collaboration with and participation of civil society organisations.

Notes to the editor:
1. The European Network Against Racism (ENAR aisbl) stands against racism and discrimination and advocates equality and solidarity for all in Europe. We connect local and national anti-racist NGOs throughout Europe and voice the concerns of ethnic and religious minorities in European and national policy debates.
2. A coalition of civil society organisations working against Islamophobia issued recommendations to EU Member States and institutions to secure institutional recognition and a mandate to tackle Islamophobia effectively, available here: https://www.enar-eu.org/Key-recommendations-to-tackle-Islamophobia-from-a-coalition-of-civil-society