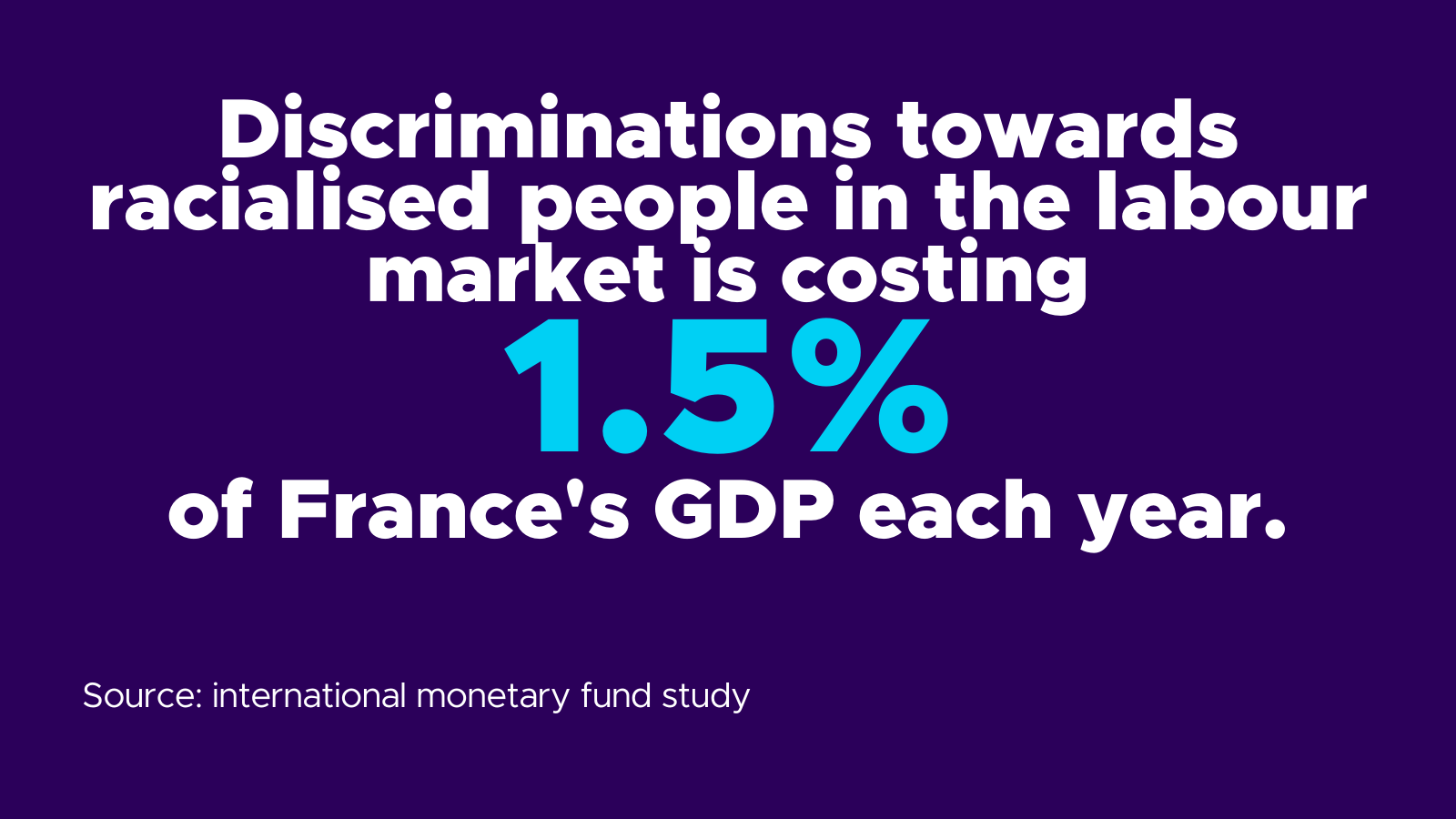 Is business being ally enough in the fight against Racism?

Last week, I had the opportunity to meet with the EMEA network of Diversity & Inclusion Champions of Inditex in Paris. Inditex is an ENAR’s Equal@Work Partner. Equal@Work is an initiative to bring the European anti-racist movement and employer organisations together in efforts to combat discrimination in the workplace.

In this context, Inditex is taking steps to shape how organisations should embed diversity and inclusion in their business operations. During the meeting, passionate employees discussed and reviewed their efforts to bring diversity and inclusion to the forefront of the company’s culture and way of doing. The champions explored the impact and mechanisms to counter unconscious biases in the organisation’s recruitment and retention processes. The progress of this work is monitored using measurable indicators and certification processes to guarantee accountability by project owners and decision-makers within Inditex.

As the freshly appointed Director of ENAR, I was invited by Inditex to come and speak about my vision for ENAR’s efforts and the future of the Equal@Work partnership. I was keen to share my views on the role business organisations can proactively play in combatting systemic racism. Our Equal@Work partnerships are only the first step towards a broad alliance with like-minded organisations who are willing to deploy systemic solutions to a systemic issue. This requires approaching the fight against racism holistically as an organisation not just by placing responsibly on a few individuals.

What we mean by a holistic approach is gaining in understanding that racism can’t remain the sole responsibility of an organisation’s human resources team. Efforts must be embedded and considered across the organisation from procurement, supply chain management, to product development and marketing… all the way to the C-Suite. It is fostering an organisation culture that is willing to question the very structures of power that shape business decisions and business culture. The implications for a business failing to build this culture in terms of loss revenue, capacity to innovate, attract and retain invaluable human talent is both documented and huge. Therefore, the means deployed should measure up to the true opportunity cost.

An example of this is one of the hallmarks of DE&I – unconscious bias training. This training can help sensitise individuals to their personal contribution to the issues. However, it does not take away from the formatting that society, systems, and organisations provide and the need for a macro-level approach alongside this micro-driven lens. Beyond the necessity to tackle unconscious bias across all the departments of the organisation, there is a necessity to put in place frameworks that have as their core ambition to “balance” power dynamics at play (because racism is before all a question of power dynamics leading to concrete consequences and lack of opportunities for racialised people). For example, an organisation serious about wanting to offer an equal work environment, would ensure that racialised employees have a transparent and safe process to raise issues they face at work.

It’s understanding that the very systems which have made the organisations possible, may also be at the origins of the exclusionary practices that impact on the organisation’s ability to empower and leverage the innate skills and talents of racialised individuals. And this society-wide inability to do this costs the whole of society, with the IMF itself estimating that the opportunity cost for an economy the size of France equates 1.5% of GDP lost and in the US $1.5 trillion dollars of lost consumption, imagine the impact on economic growth that addressing a fraction of symptoms of discrimination and racism could have!

One of the objectives of my intervention was also to signal the potential of Equal@Work to activate and accelerate business’ contribution to the broader anti-racist agenda. Whether it be out of economic self-interest or genuinely driven by company values and social responsibility, business has a key role to play in contributing to a systemic deconstruction of the mechanisms that make racism such a lasting disabler of talent and potential. Whilst having an internal DE&I team is a useful and essential first step, there I  is much more that must come into play to make racism a thing of the past. This goes hand in hand with the emergence of purpose-driven organisations and their proven ability to outperform companies that don’t take these matters seriously.

The Equal@Work partnership aims to offer both a place for exchange but also the practical tools required for an organisation. It’s partly a community of shared practice, partly a think tank, and partly a trusted source of expertise to call upon to elevate an organisation’s efforts. What makes the Equal@Work offering so powerful for the partners already involved is that you’re getting the information straight from the experts and from empowered racialised communities and organisations who can really help you to not just talk the talk but also to walk the walk!

An audible concern that the anti-racist movements across Europe fears is to see a greenwashing effect also apply to racialised individuals and groups. Essentially this goes to the heart of the challenge facing this partnership, can we as anti-racist movements accompany organisations to go beyond tokenistic efforts to make DE&I an effort to find the token racialised individual in the team with the unstated goal to have them assimilate and reach a place where organisations start seeing the intersectional implications that addressing racism implies. This is about going beyond a series of tick-box exercises and truly building business models built on systemic inclusion.

The Equal@Work partnership aims to address this and is in many ways a platform with a great deal of potential in establish a safe space to elevate the practice of DE&I and to create lasting links with the anti-racist movement. With the pressure cooker of Black Lives Matter reducing only to be replaced by new crises like those in Ukraine and other markets, the risk of returning to a pattern of business as usual is real. Business as usual which simply means returning to business practices that exclude swaths of the population while making tokenistic gestures that boost the feel-good factor of marketing.

Yet if the economic reason to address this is proven, then we all stand to gain from a much more proactive involvement of organisations and particularly businesses as actors of change at a time when we see the public discourse becoming more polarised and in Europe concerningly less committed to fostering more open, inclusive and tolerant societies. Here, businesses role as advocates and supporters (both politically and financially) of healthy anti-racist movements can only benefit the whole of society (and increase the potential customer base!)

Rather than being left dejected, the meeting with Inditex’s champions certainly confirmed to me the critical need for multi-stakeholder partnerships to exist to really move the lever not just for those who are left behind, but because in doing so we move everyone forward.