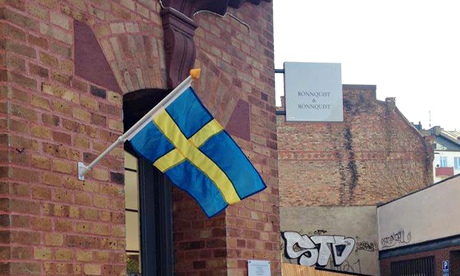 Is art becoming the ultimate refuge of racism in Sweden and Denmark?

Brussels, 8 October 2014 – A trial against Swedish self-declared artist Dan Park, convicted in August of defamation and incitement to racial hatred is currently taking place in the Appeals Court in Malmö, Sweden. The controversial art pieces – banned in Sweden following the indictment – are now on sale online in Denmark, where the Danish Free Press Society will also display the pictures at an art gallery in Copenhagen on 23 October.

“This questions the extent to which art can be used freely to offend minority groups, in this case the millions of people of African descent living in Europe, and in most extreme cases, incite to racial hatred”, said Sarah Isal, ENAR Chair.

Freedom of expression is a cornerstone of democracy, in particular for artists and journalists. However, when art or freedom of expression crosses the line into incitement to or promotion of hatred, we need to set certain limits. The glorification of violence by the Swedish artist against identifiable individuals is clearly incompatible with fundamental rights. Hate speech can be perceived as an authorisation to take action and often does lead to violence.

This case reveals a worrying underlying problem: the denigrating and dehumanising portrayal of Black people. Such representations are not isolated incidents and are the result of a long European history of negation of Africans’ and Black people’s humanity, rooted in the legacy of slavery and colonialism.

They reinforce deeply ingrained negative stereotypes of Black people and perpetuate power structures within European societies, leading to high levels of discrimination. They also send the message that racist prejudices are socially and legally acceptable. This comes in a context where other artistic creations were banned for similar reasons in the UK.

“Everyone should act responsibly to redress these twisted representations, in particular through intelligent and sensitive art”, said Isal. “European States must show political will to combat Afrophobia, and develop effective strategies to counter the structural and everyday racism that prevents the inclusion of many Blacks in European society.”

Notes to the editor:
1. The European Network Against Racism (ENAR aisbl) stands up against racism and discrimination and advocates for equality and solidarity for all in Europe. We connect local and national anti-racist NGOs throughout Europe and voice the concerns of ethnic and religious minorities in European and national policy debates.
2. Dan Park notably created and distributed posters with a picture of Jallow Momodou, Chair of the Pan African Movement for Justice (Afrosvenskarnas forum för rättvisa) and Vice-Chair of the European Network Against Racism, superimposed on the image of a naked slave in chains. Other pieces by the ‘artist’ include a picture of three black men hanged on a bridge, one of whom is Jallow Momodou and the other is a victim of racially motivated violence, with the caption ‘hang on afrophobians’.