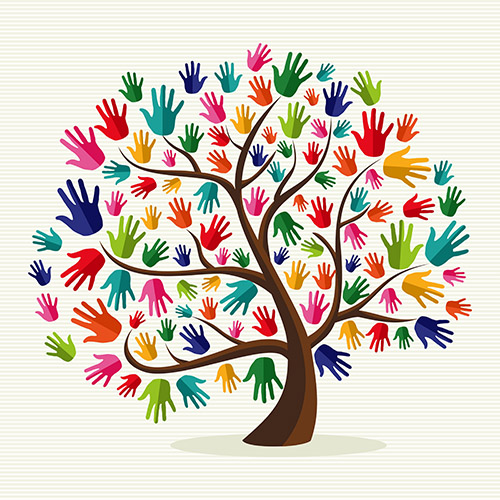 The 10 to 12 million Roma people in Europe are denied basic human rights and victims of widespread discrimination, racist attacks and hate speech. Structural and institutional racism against Roma, known as Antigypsyism, is a root cause of their exclusion across Europe. Tackling structural racism and dispelling prejudices are essential to ensure Roma can become equal citizens in European societies.

Walls are being built in cities throughout Eastern Europe to separate Roma from the rest of society. Anti-Roma marches are often used to mobilise votes by populist and far right groups and parties in European countries, including Hungary, the Czech Republic and Slovakia, and protesters regularly try to destroy Roma houses where families and children live.

In several European countries, including Italy and France, many Roma are forced to live in isolated and segregated camps, making it extremely difficult for them to access basic rights to education, employment and healthcare, and making them vulnerable to forced evictions.

Antigypsyism is the specific racism towards Roma, Sinti, Travellers and others who are stigmatised as ‘gypsies’ in the public imagination. Antigypsyism is often used in a narrow sense to indicate anti-Roma attitudes or the expression of negative stereotypes in the public sphere or hate speech. However, antigypsyism gives rise to a much wider spectrum of discriminatory expressions and practices, including many implicit or hidden manifestations. It is fueled by deeply rooted negative stereotyping by mainstream society. It leads to the exclusion and dehumanisation of Roma people.

Antigypsyism is not only widespread, but also deeply entrenched in social and cultural attitudes and institutional practice. This makes the challenge of tackling it both more urgent and more difficult.

Worryingly, anti-Roma prejudice is extending beyond the ‘traditional’ far-right and extremist hate-mongers and is increasingly present in mainstream politics. Authorities’ lack of response to racist attacks or speech against Roma is widespread, and some have even excused them or suggested that Roma were themselves to blame.

The European Union adopted the European framework for national Roma integration strategies in 2011, which resulted in National Roma Integration Strategies in 27 Member States. The adoption of a specific strategy demonstrated the EU’s political will to fight the discrimination faced by Roma. However, these strategies have so far largely failed – one of the reasons being that they have not addressed prejudice and negative attitudes towards Roma as root causes of Roma exclusion.

We are calling on policy and decision makers to recognise Antigypsyism as a specific form of structural racism targeting Roma and to put into action a coherent set of measures to combat it.

We are urging the EU institutions to continue to put pressure on EU Member States to ensure that National Strategies for Roma Integration are actually implemented and include a specific focus on non-discrimination and Antigypsyism. Addressing the effects of discriminatory treatment – poverty, poor quality housing, substandard education, to name a few – is necessary, but in and of itself does nothing to eradicate the ultimate source of the disadvantaged position of many Romani citizens. Antigypsyism cannot be simply treated as a thematic issue, but needs to be dealt with as an integral part of employment, education, health policies.

Pervasive structural and institutional racism also prevents meaningful participation of Roma in designing and implementing effective policies. We are advocating for Roma to be considered as essential partners in policy and decision making processes concerning them. European Institutions and Member States must provide adequate structures for Roma participation and empowerment.

We are calling for a positive political discourse on Roma, based on equal rights, and for States to challenge stereotypes through public awareness raising campaigns and support to community-led initiatives.

We work to debunk myths on the Roma to counteract deeply rooted stereotypes and prejudices against them.