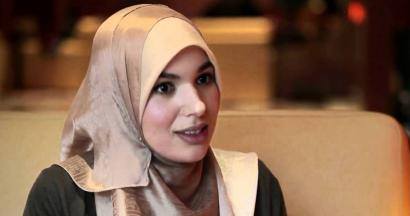 Intissar Kherigi, ENAR Board member and member of the Forum of European Muslim Youth and Student Organisations (FEMYSO), tells us more about the Forgotten Women project, ENAR’s latest project aimed to document the disproportionate effect of Islamophobia on women and develop alliances between the anti-racism and feminist movements in order to better address the intersectional discrimination affecting Muslim women.

Can you tell us more about the Forgotten Women project and what it hopes to achieve?

Over the last decade, Muslim women have become the prime targets of Islamophobic hate crime and discrimination. In France, for example, 81.5% of Islamophobic acts in 2014 targeted Muslim women and in the UK in 2014, up to 70% of victims of Islamophobia were Muslim women. This clearly shows us that Islamophobia is a strongly gendered form of discrimination. The Forgotten Women project seeks to tackle this through three main means:
1. Documenting the disproportionate effect of Islamophobia on Muslim women, so that we can understand and measure the phenomenon;
2. Fostering cross-group partnerships and alliances between the anti-racist and feminist movements in order to better address the intersectional discrimination affecting Muslim women (gender, race, class and religion); and
3. Countering stereotypes about Muslim women through counter-narratives and “myth-busting”. This project is really innovative in highlighting this issue that disproportionately affects so many women in Europe and it is great that ENAR is one of the pioneering organisations in raising this issue.

What are the main challenges Muslim women are facing in Europe today?

First of all, it’s important to point out that Muslim women face the same challenges as all women – gender discrimination, unequal pay, higher unemployment, sexist attitudes, a higher childcare burden and domestic violence among others, just like all other women. But in addition to that, they face multiple discrimination based on religious background, and often race or ethnicity as well if they are from an ethnic minority. This triple discrimination is a big challenge, but it is also great to see so many successful European Muslim women today, thriving across all professions and fields.

What are the main challenges in tackling Muslim women’s double discrimination?

One of the key problems is that, thanks to the shortage of data and analysis, we do not have a proper understanding of the scale and scope of challenges affecting Muslim women. Many European countries are still today not collecting data on hate crime and discrimination that is disaggregated according to religion – so we simply do not have a good enough picture of the situation. This means governments and institutions are not able to make an accurate diagnosis of the challenges facing Muslim women or devise policies that properly meet their needs, leaving significant legal and policy vacuums that directly impact on citizens’ lives. Governments need to understand that without proper and comprehensive collection of data, they will be unable to identify and address violations, leaving citizens’ rights unprotected.

What is the role of civil society in tackling Islamophobia towards women?

Given the gaps in data collection mentioned, NGOs are playing a huge role in recording acts of hate crime and discrimination. NGOs across Europe, including many of ENAR’s members such as the Forum of European Muslim Youth and Student Organisations, the CCIF in France, EmCEMO in Holland, and others are working to support victims of Islamophobia from recording incidents, providing legal and psychological support to victims right through to reporting and taking legal action to enforce victims’ rights. This role is crucial because victims need trusted organisations they can turn to – successive surveys show that the vast majority of victims do not report discrimination or hate crime, often because they are intimidated by the process, which can be long and complicated, or because they do not believe it will achieve anything. NGOs play a critical role as bridges between victims and official institutions, giving them the support needed to enforce their rights and ensure human rights are not just legal texts, but concrete guarantees that protect individuals.

I think civil society also has a big role to play in advocating for greater official recognition of Islamophobia – many European states still have significant legal gaps in terms of protection against Islamophobia, and there is a lack of political will to give this growing problem the priority that it deserves. Projects like Forgotten Women are a big step towards building coalitions of NGOs to highlight this phenomenon and build political will to address it.

How can Muslim and anti-racist groups build bridges with feminist organisations? How can they be allies?

Muslim, anti-racist and feminist organisations have a clear common interest in fighting against discrimination. Human rights are indivisible – an attack on one person or group’s human rights is in fact an attack on all of us, as people who believe in equal rights. As organisations working to defend and promote human rights, we have a shared struggle for equality. We have to practice what we preach and fight equally for each other’s rights. As a Muslim woman, I hope and expect that women’s organisations will fight for my rights just as much as they would for any other woman. We have a shared struggle to defend the rights of all women to make their own choices and live a life free of violence and discrimination.

Unfortunately, some Islamophobes have tried to co-opt feminist discourse and women’s rights as an excuse to justify and provoke Islamophobia. The world has a rich history of bigots finding an intellectual veneer for their prejudices – such as biological racial theories used to denigrate black people or culturalist theories used to vilify Jews. Muslims are just the latest targets. Beneath this discourse, what you find at heart is just plain hatred of “the other” – whether migrants, foreigners, or racial, ethnic or religious minorities. Feminist and women’s organisations must take a stand against Islamophobia and not buy this attempt to coat plain old xenophobia and discrimination in an intellectual veneer.

Of course we have our differences of opinion – but working together does not mean we have to agree on everything, otherwise no coalition or alliance would ever exist! This kind of cooperation and diversity enriches us and our organisations, exposes us to different ideas and brings us closer to our shared goal which is protecting human rights, enabling humans to live a life free of discrimination, and contributing to a fairer society for all.

What (legislative) actions should be undertaken by EU institutions, Member States and MEPs?

It is critical first of all for EU institutions to officially recognise Islamophobia through the adoption of a clear definition. This would send a strong political signal that they are taking the rise in Islamophobia seriously, and encourage member states to follow suit. The recent creation of the Anti-Racism and Diversity Intergroup in the European Parliament, and its working group on combating Islamophobia and the appointment of S&D Special Representative for Muslim Communities is a step in the right direction.

EU institutions need to take urgent action on the rise in hate crimes against Muslims and racial and ethnic minorities, and ensure Member States properly investigate and prosecute cases of hate crime. The European Council issued recommendations in 2014 to all member states to put in place data collection and measures to support victims of hate crime. Despite that, only five Member States collect comprehensive data on hate crime and the FRA’s surveys show that there is still a low level of hate crime reporting – due to low awareness of rights, high levels of mistrust towards police, and feelings of resignation and lack of confidence that institutions will take action. This allows this type of violence to go unpunished and perpetrators to be above the law.

Urgent action is also needed to tackle discrimination against Muslims, especially Muslim women who are disproportionally affected. We receive information on cases of discrimination against Muslim women in many areas of life, especially in education, employment and access to goods and services. It is outrageous that in a Europe based on rights and freedoms, Muslim women are openly discriminated against with impunity. The number of cases I have come across where women are openly told that they will not be recruited because they wear a headscarf or asked to take it off is shocking. We have a whole generation of talented Muslim women educated in Europe and who graduate from university only to be told that all doors are closed unless they accept to dress the way they are dictated to.

EU institutions and MEPs must take a stand on this flagrant violation of human rights, and against intrusive bans on religious symbols that lead to widespread discrimination, exclusion and send a harmful message to the whole of society that it is ok to discriminate.