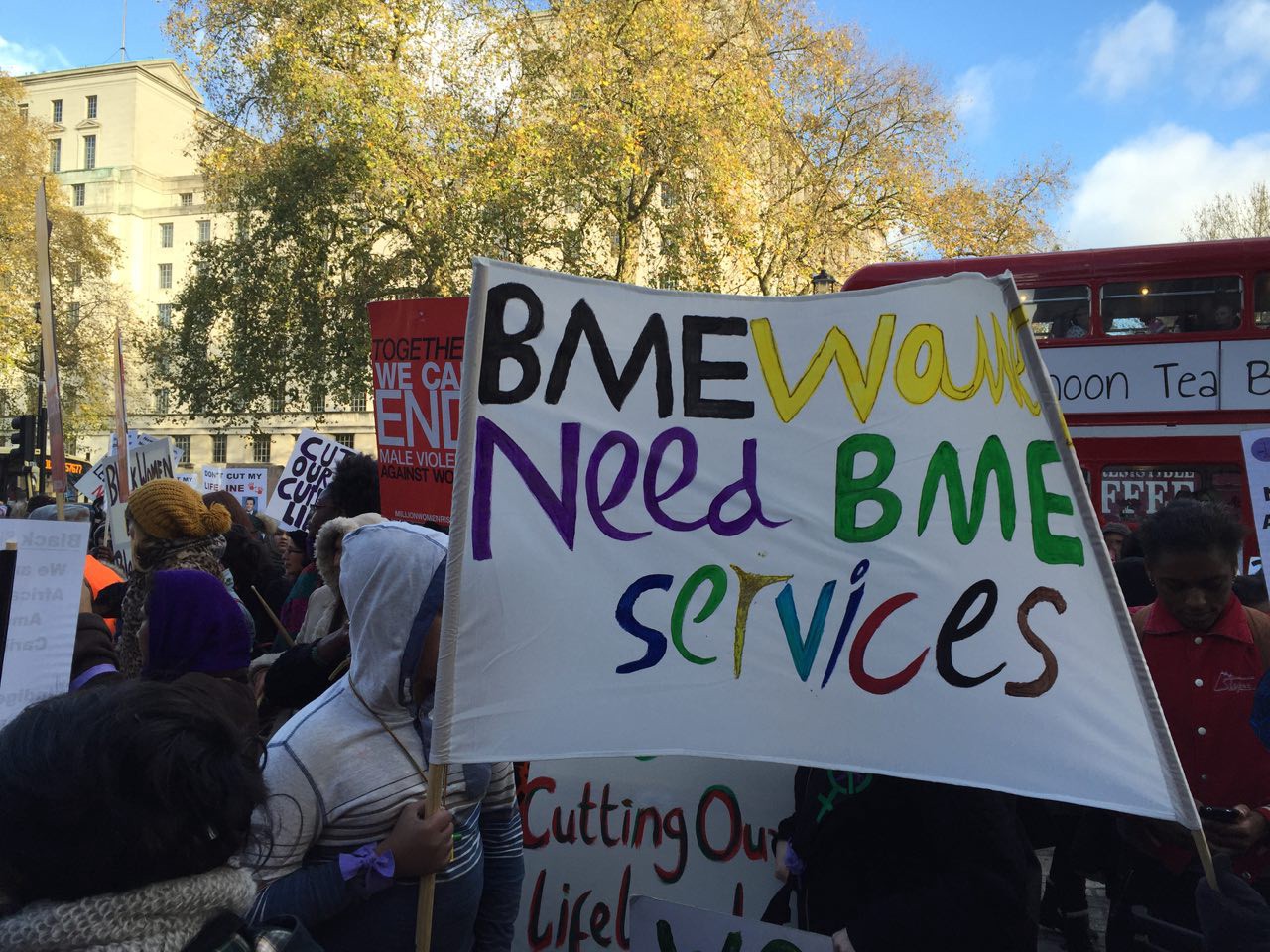 As a survivor led and survivor responsive organisation, whose mission is to provide safety and support to women and girls from non-white communities who are facing issues of violence and abuse, intersectionality has been be at the heart of the work Apna Haq does.

I will give two examples from the way our organisation works to explain how an intersectional approach drives what we do.

Firstly, a bit of background to our organisation. Apna Haq is a UK charitable organisation which I set up in 1994 to meet the needs of South Asian women experiencing or at risk of domestic violence. As a responsive and flexible survivor-led organisation, our identity and work focus has transformed in line with national policy changes, research findings, and the changing demographics and survivors’ needs in Rotherham, where the organisation is based. In 2010 we expanded our organisational identity to become a Black and Minority Ethnic (BME) women-led by and for organisation and we expanded our focus to all forms of Violence Against Women and Girls (VAWG). We continue to work with domestic violence, however we have developed particular expertise around forms of violence that disproportionately impact on BME women, including forced marriage and honour based violence, and we have become sector leading experts on the unique experiences of BME women around Child Sexual Exploitation and other forms of sexual abuse. Our current work involves many BME communities in Rotherham including Chinese, Thai, Iranian, African, Roma, Bengali, Caribbean, Indian, Yemeni, Pakistani, White Muslim revert communities and others.

The first example relates to cross-community solidarity. As our demographics changed it became imperative to us that we changed as an organisation and reached out to various communities of Rotherham, who were not currently engaging with us. Due to our history of belonging to non-white communities we knew how difficult it is for women to reach out to organisations that they don’t see themselves represented in. We therefore wanted to ensure that our board included women from various communities and decided to reach out to women active within various community groups. Thus, for example we reached out and connected with women from the Chinese association, the Yemeni women’s group, the Thai group, and Mama Africa the African women’s group. It took a number of months to develop a relationship in which these women were able to understand our work and we theirs. Over the years these women have developed not only working relationships but deep friendships among themselves. A few years back, when our organisation was facing the prospect of closure due to unexpectedly losing local authority funding, it was amazing to see the passion and drive these women had to keep our organisation afloat. They said: we know that the majority of the women that we end up supporting are from South Asian backgrounds as that is our largest residing community in our town, and we are committed to ensure that they, alongside women from other communities, are able to access the type of community organisation that Apna Haq is. As women of colour, they understood the difficulties of women of colour from different backgrounds and had an interest in ensuring they were all able to access safety.

For my second example I’d like to share the diagram shown below. As our organisation developed, we could see that the women we supported or were trying to support did not have the same rights and protections. The reasons for this were not only individual but institutional racism reflected in policies. Alongside this, we were learning through our experiences that there were elements of abuse specific to some communities which had not been identified by generic services, as women had not shared these abuses with them, or even when they had the workers did not deal with them appropriately so their abuses remained hidden. Thus, when we came across the diagram developed by Imkaan worker at the time Janet Mc Dermott, we asked permission to be able to use it in our work. The diagram shows how racism, gender inequality, class inequality and colonialism all impact on the lives of women and girls from non-white communities, who are experiencing a range of violence and abuse issues. Over the years we have adapted the diagram to reflect the additional abuses we have come across: stranded spouses and spiritual abuse. The diagram reflects how Apna Haq works in an intersectional manner in recognising the holistic experiences of the women we support. 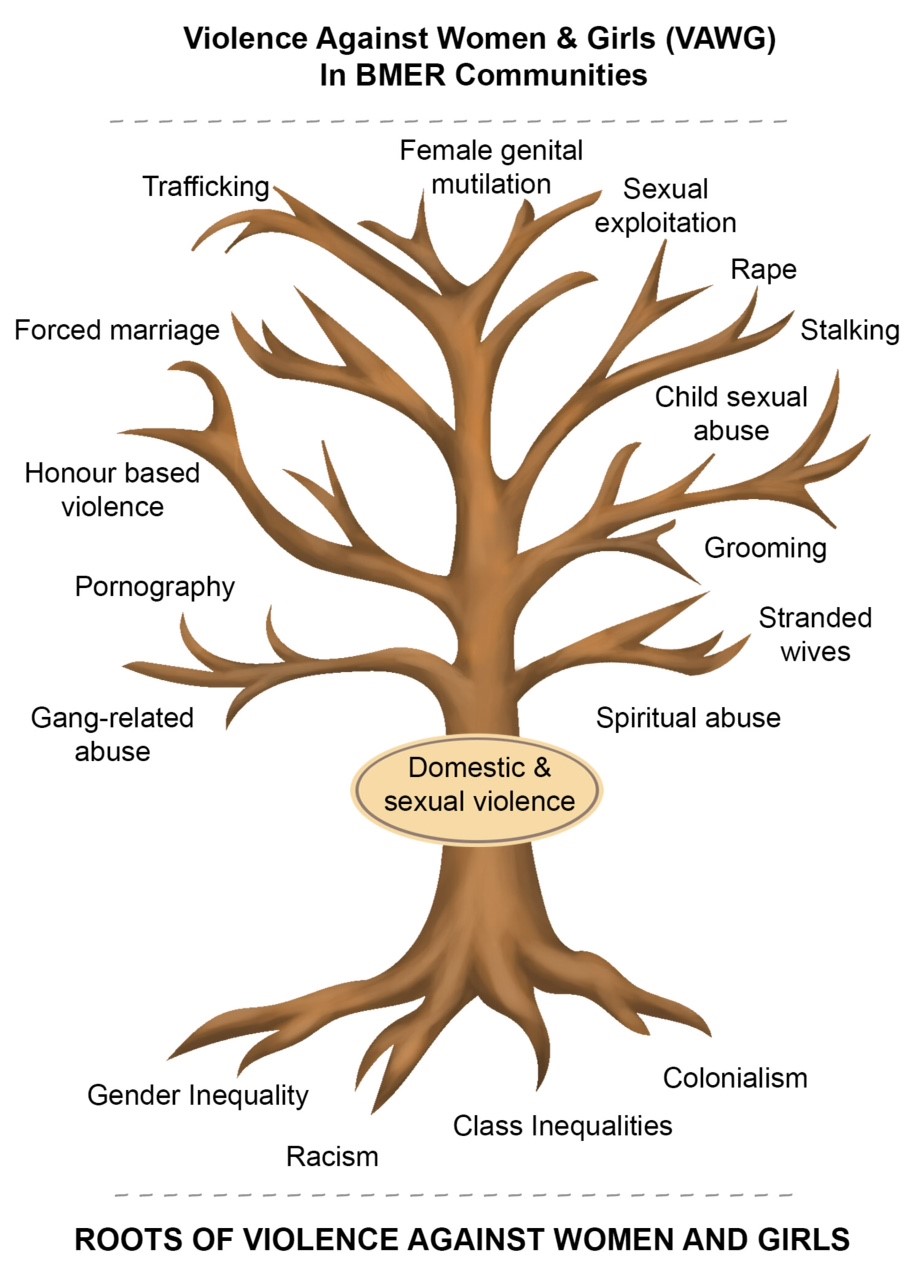 Zlakha Ahmed MBE is Chief Executive of Apna Haq and board member of ENAR. 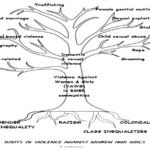 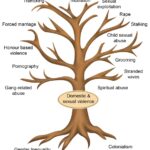